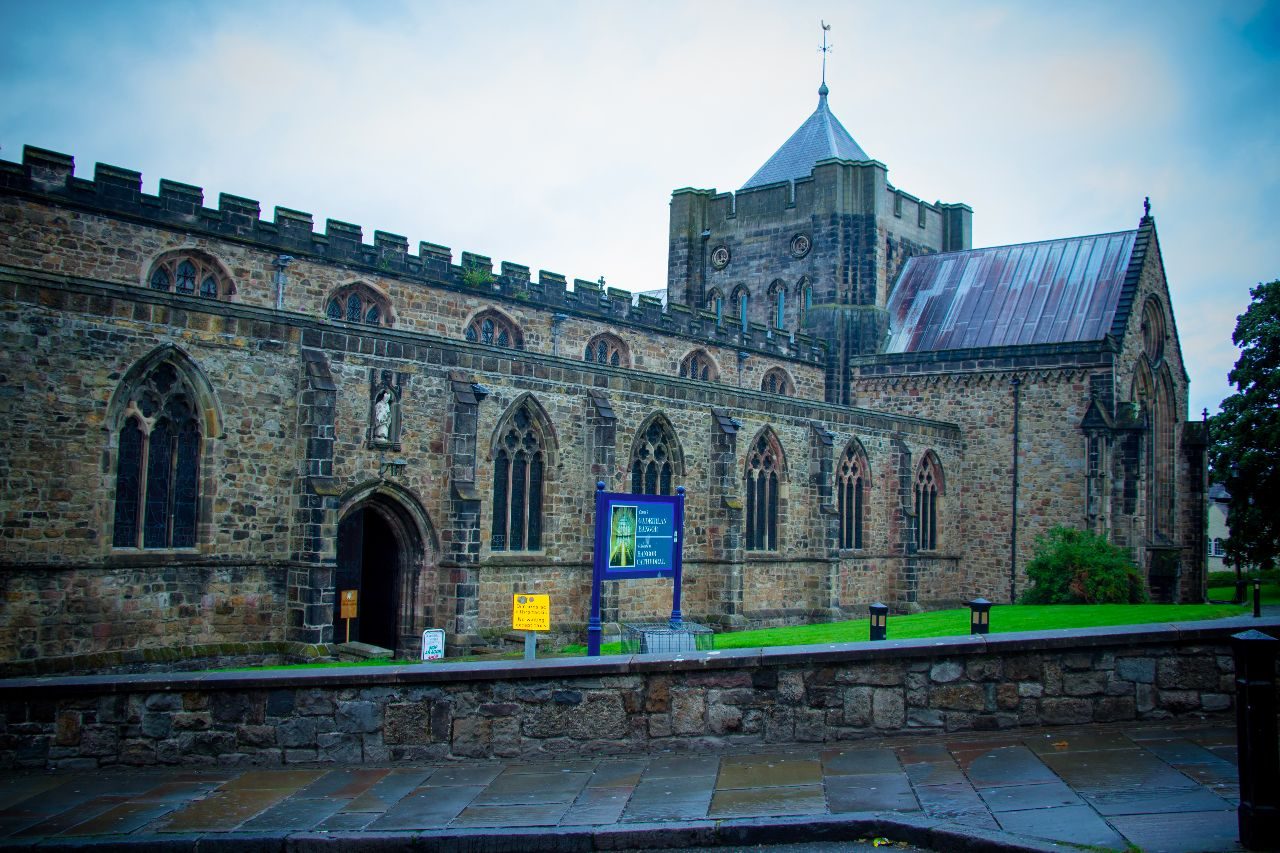 A group of nine young volunteers are to spend the next week doing work around Bangor’s Cathedral and grounds.

The group, led by Bangor student Annabel Benjamin and Nicholas Vun, has been organised by CSV Heritage whose ‘mission is to enable people to take an active role in their communities’. Work will begin today (Thursday) and will be overseen by the Cathedral’s Dean, Sue Jones. The volunteers will take part in a number of tasks such as cleaning the stained glass windows and painting the fences.

“The main idea is to do a bit of spring cleaning, anything from cleaning the stained glass, painting walls and fences, and maintaining the garden, to polishing and dusting,” explained Annabel Benjamin, co-leader of the group of volunteers. “We won’t actually know what we’re doing until the day when the Dean tells us.”

The volunteers are from Britain, with the exception of Nicholas, who is a British student from Malaysia, and one volunteer who will be coming from Spain. A number of the volunteers are taking part in the Duke of Edinburgh award meaning that they will be required to undertake other tasks such as cooking for the group.

Bangor Cathedral first got involved with CSV Heritage last year and, after the success of last year, have signed up for the help of the volunteers once again this year.

“All of the volunteers will be sleeping in the Cathedral for the week and will be spending the first day getting to know each other. We have Sunday off, and also Monday due to the bank holiday and are free to do whatever we wish during our time off,” said Ms Benjamin. “I am very keen to show them North Wales, weather permitting!”

Ms Benjamin has been working closely with both Bangor University and Bangor Students’ Union who have both offered to help her organise activities for the days off.

“I’d really like to thank everyone for their support and help. We’ve had members of staff at the university offering to take us on a picnic to Aber Falls and Steve Barnard, at the Students’ Union, is trying to sort out kayaking for the group,” she said.

Bangor Cathedral was founded in 525AD by Saint Deiniol and is the oldest in Britain. It underwent extensive work in 1868, supervised by Sir George Gilbert Scott. The Bible Garden in the Cathedral’s grounds has one of every plant mentioned in the Bible.