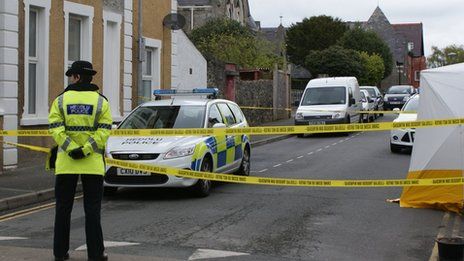 North Wales Police are investigating an incident near College Road in which a 50 year old man has died.

The man fell from a top floor flat on Prince’s Road on Friday night, and later died after being taken to Ysbyty Gwynedd. The police are treating the death as suspicious and have held three people, two men and one woman, at Caenarfon Police station for questioning.

The area around the incident has been cordoned off, and the flat is being subject to forensic investigation, with local residents reporting heavy police presence, as well as other emergency vehicles.

North Wales Police are asking that anyone with information, or who saw something suspicious last night, to get in contact with them on 101.