Researches are concerned that west Antarctica is heating up at twice the rate as formerly thought. Data collected over many years has drawn the conclusion that there has been a 2.4 degrees Celsius increase in temperature over 52 years. The major point being emphasised is the contribution of melting ice to global sea level rise and therefore increased risk of flooding to regions such as the low-lying Maldives and Bangladesh. The US scientists have said it is expe 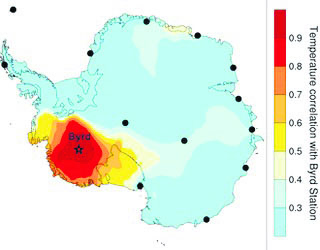 cted for summer temperatures to be higher than at other times of year however Antarctic temperatures rarely exceed 0 degrees Celsius.