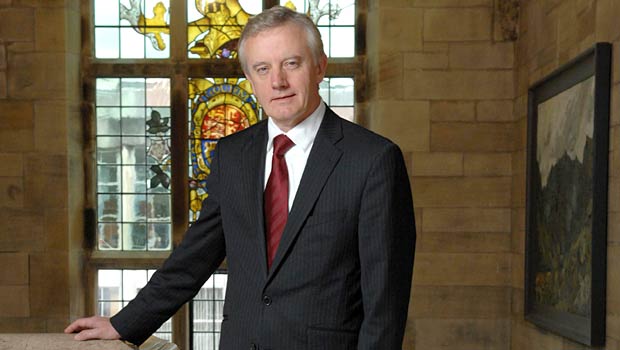 A new savings programme will force Bangor University to rethink their internal structure.

The proposed three-year plan will see saving strategies brought into place to counter a projected £5 million shortfall. The University have set up a team to analyse and identify departments which could be made more cost effective and efficient. This comes after the Higher Education Funding Council of Wales announced cuts to the subsidiaries they provide to students’ tuition fees.

David Learmont, Director of Business Improvement at the University, will be overseeing the ‘programme of change’.

“Its an opportunity to reflect on how we currently operate, a unique opportunity that we can grab with both hands” he said when asked about the scheme.

Mr Learmont and his team will first look into ways in which ‘behind the scenes’ departments could be used more efficiently with the possibility of mergers. There are currently no intentions to change frontline areas at this point, so as to ensure that any services provided directly to students are not disrupted unnecessarily.

“We want to think about how we provide services to students. We want to start with a student coming to Bangor and think; is this the best experience we could offer them?” he said.

The programme will capture information from across the university and have an indirect result on students. Savings are expected to be received by redeploying a member of staff to a different area of the institution when a vacancy arises rather than employing someone new.

After a recruitment freeze was announced a number of months ago, concerns arose that the effect of this would instead leave staff spread thinly. However, Mr Learmont believes that this will provide the university opportunity to grow organically. 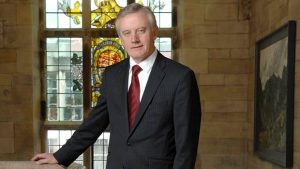 An email sent from Vice Chancellor, Professor John Hughes, outlined the savings scheme and affirmed the student experience would be kept at the forefront of their operations. It also states that with £5 million in savings to be made by 2014/15, £3 million of it must be identified this financial year.

New requirements from the HEFCW, announced in January, mean that Bangor University will have to cut the number of Welsh students able to enrol in the 2013/14 academic year, by a total of 201. This figure was calculated from a range of different criteria. The factors included the number of students currently enrolled on priority, For Our Future courses (as outlined by The Welsh Assembly Government as vital to the country’s future).

When the UK Government decided to raise the cap on tuition fees to £9000, the Welsh Assembly made the decision to subsidise Welsh students’ fees in order to buffer the impact it had on their students. As a result of this, combined with growing numbers, HEFCW are unable to continue funding the increased tuition fees. Bangor’s choice to charge the full £9000 tuition fees has had a detrimental effect on its HEFCW funding and was an important factor towards the loss of the 201 student places. This is because, for each Welsh student attending the University, the HEFCW must subsidise their fees.

“These cuts are the fault of Westminster. This is why we are organising a group to go to the National Demo in November – now is the time to get the student voice heard.” said Antony Butcher, President of Bangor Students’ Union.

The 201 student deficit reduces Bangor University’s income by £5 million, hence the introduction of the savings scheme.

The scheme has only just started and will continue over the next three years with a promise of no radical decisions being made. Before roles that directly engage with students are affected, Business Improvement will be working closely with Bangor Students’ Union to involve the student body and cater to their needs.