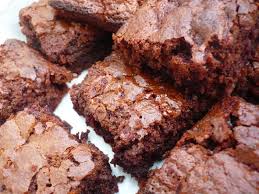 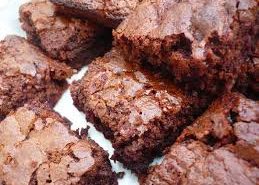 Since it’s the sex edition of Seren, why not try these aphrodisiac filled Dark Chocolate Brownies. Whether you’re making them for your partner, your date or if you’re just going to do what I’m going to do (eat them all, alone in your room while binge watching Netflix and stalking celebrities on Instagram) these indulgent, gooey delights are simply perfection. The recipe is fairly easy and quick to make. In addition to this the recipe called for copious amounts of dark chocolate which is not only an aphrodisiac but a natural source of endorphins so who needs exercise when you can gorge on delicious home-made baked goods. It also has raspberries in it and since there’s fruit it’s healthy, kind of, not really, why are you even reading this far? Go and make brownies.

1.Melt the dark chocolate and the butter together in a large bowl, preferably you can do these in a heatproof bowl over a pan of boiling water. Or if your lazy and can’t be bothered waiting like a chump for deliciousness, put them in a non-metal bowl in the microwave on a low heat and take the mix out every thirty seconds to check if its melted/on fire. Then leave to cool.

2.While the mixture cools find a square tin and grease it, while turning the oven to 180°C

3.Mix together the eggs and the sugar, because of the amount of egg the mixture will not turn fluffy like you would expect when making a sponge cake. Instead the mixture should have a smooth, glossy appearance similar to a milkshake. Secondly the egg sugar mixture should be about double the volume it was before stirring. When the mixture is mixed pour in the cooled chocolate/butter mixture

4.Sieve the flour and cocoa together over the melted butter and chocolate mixture and then fold in the dries with a metal spoon until they are fully incorporated and the mixture is thick and smooth. Then finally cut up the plain chocolate into small pieces, or whatever size you like it’s your life, then mix in the chopped chocolate and raspberries and a pinch of salt.

5.Pour the mixture into the greased square tin and then bake for about 25 minutes until the top of the brownie mixture has a shiny surface, the inside should be fairly gooey in the middle so check the brownie is cooked by appearance and by poking it with a knife from about two inches from the edge to see if it comes up clean. Once cooled cut into squares.