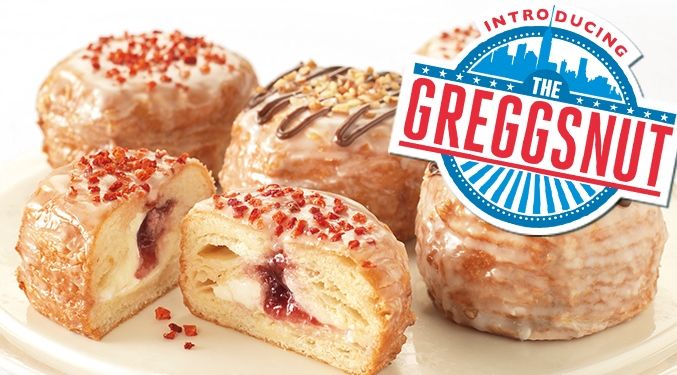 With the Great British Bake Off coming to an end this month we have 3 inventive bakes to help fill the void and inspire you to create your very own weird and wonderful creations. Who knows, you could be the creator of the new baking sensation!

For all those of you that struggle to choose between all those mouth-watering pastry goods in the morning we have the perfect solution; Cronuts. Taking the US by storm earlier this year, the Cronut combines all the buttery goodness of a doughnut and a croissant with thin layers of croissant dough being deep fried, rolled in rose sugar and then filled with vanilla cream. A match supposedly made in heaven with pastry lovers camping and queuing for hours outside the now infamous New York Dominique Ansel bakery. They have quite literally been selling like hotcakes and have even made it on to the black market selling for reportedly as much as $100. 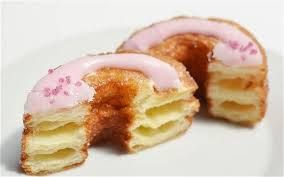 We are happy to report that the Cronut has finally made its way across the Atlantic, and has been popping up in bakeries across the UK with bakers desperate

to get on board with the new baking sensation. The popular baker Greggs has dubbed it ‘the most exciting creation since the sausage roll’, and had a go at making their very own version, the Greggsnut. The company has worked hard over the past 2 months to perfect the recipe and they are now officially in store, for a limited period only so what are you waiting for go grab yourself a Greggsnut! 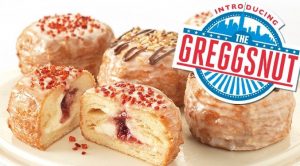 In a bid to continue the apparent new trend of combining our favourite baked goods, the coffee shop Starbucks has introduced the mighty Duffin. As can be predicted the Duffin is a fusion of a muffin and a doughnut, and has officially been trademarked by the coffee giant. This has caused controversy however, with the small independent London café Bea’s of Bloomsbury claiming to have sold them for years and as a result is now attempting to take them on, whisks at the ready. Bea’s creativeness does not end at the Duffin though, with such things as the Townie popping up on their menu, or to me and you a brownie tartlet. Watch this space for the next muffle or crookie! 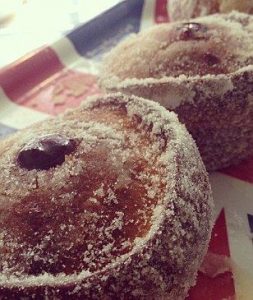