Digital Sex and Unwanted Celibacy: How Sex Was Reimagined During the Pandemic 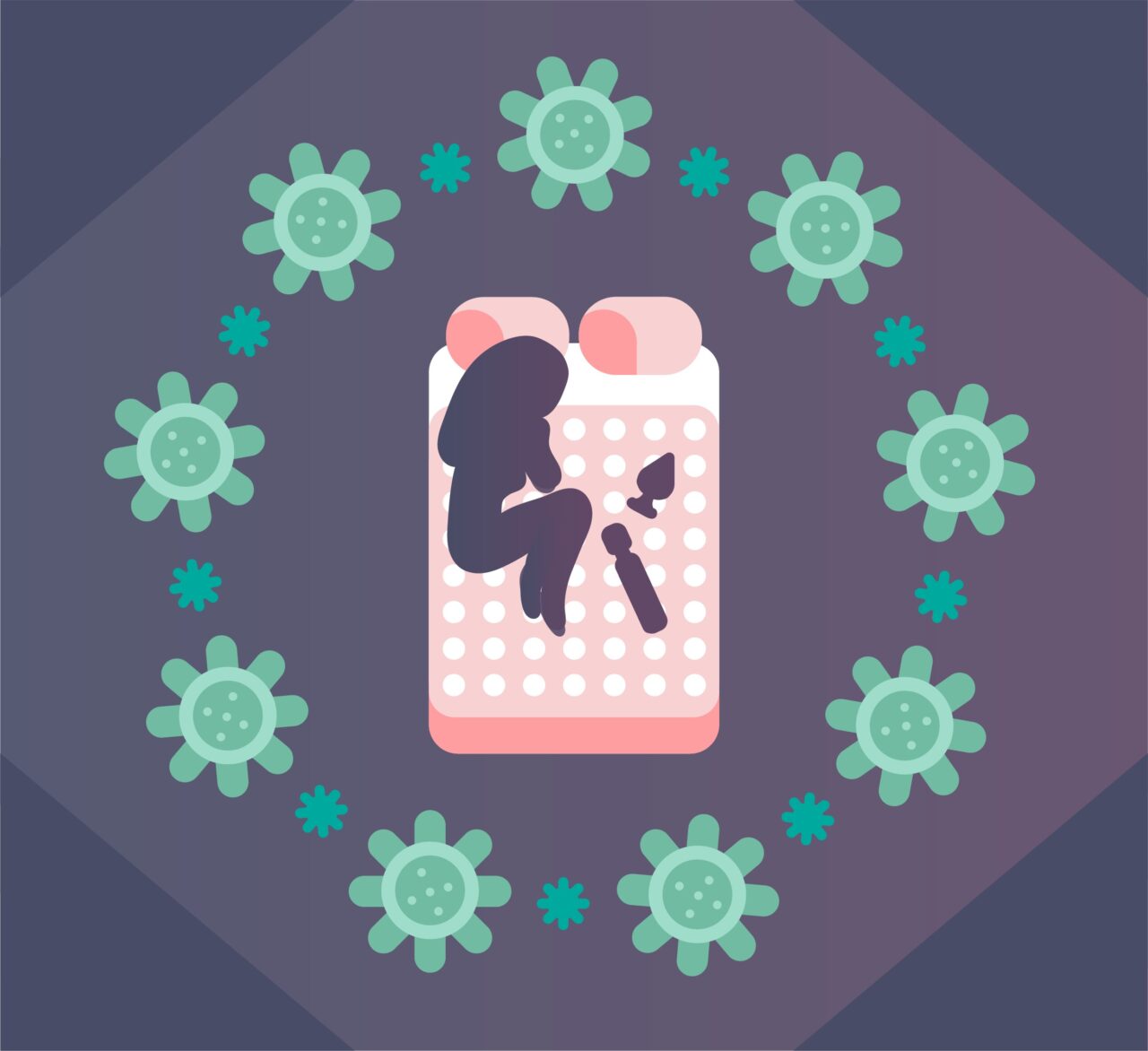 The pandemic has forced many to reimagine their sex lives, while hauling others into unwanted celibacy.

In December 2019, news began seeping in about a mysterious new virus. Only gradually did the reality of this new threat dawn on us, partly due to the Chinese Government’s efforts to silence doctors who openly spoke about the virus, and partly due to the world’s ineptitude to adjust to new conditions.

A chaotic yet invisible force swept over the earth at a seemingly unstoppable pace, forcing lands and nations into submission. There was simply no escape from coronavirus, and the effects of its devastation quickly reshaped all facets of life; how we work, exercise, and love. In light of these sudden transformations, one might start to wonder how their sex life would change over the course of the pandemic.

When it first became apparent that Covid-19 posed a major threat to public health, experts and journalists started looking into how the pandemic would affect the sex lives of those facing frequent, mandatory lockdowns. Major media outlets, including The Guardian, BBC, VICE Media, and The Vogue, wrote about coronavirus in relation to sexual activity. Their first stories concentrated on answering the central question: Can you get infected with coronavirus by having sexual intercourse? Sexologists, Virologists, and other professionals entered the limelight and held interviews, each broadcasting a united message of science. They confirmed that, if your partner has been infected with coronavirus, having sex will transmit the disease.

Coronavirus is spread from person to person by respiratory droplets released when someone who has been infected speaks, coughs, or sneezes. Experts amplified data that indicates that sex poses a significant risk — considering the kissing and touching involved, both of which could potentially transmit the disease. Coronavirus has also been found in the semen of people who are in the process of or have recovered from the virus; however, William F. Marshall of the Mayo Clinic underscores that the discovery is by no means decisive proof that coronavirus can be transmitted through vaginal fluids or semen. One thing is for sure: there is no aspect of everyday life that the virus has left untouched, including sex.

“Technology will never be a substitute for sex, but for some, it has proven a comforting alternative.”

Ms Annelies Van Den Haute, 25, a clinical Psychologist and Sexologist from Belgium, has seen the sex lives of her patients affected as a consequence of the pandemic. “All sexual activity has been impacted, in some way, by the pandemic,” she explained.

There is simply no one way in which people are affected, according to Ms Van Den Haute. “Couples are spending more time together, and the lines between their work and private lives are blurring. Some couples grow steadily more relaxed and end up having more sex; others may be worried and nervous. This can lead to a decrease in intimacy. There’s also a group moving between those lines, people who are experiencing subtle changes.”

“People are spending more time with their partners, allowing for a larger time window for abuse to take place.”

Over the course of the two lockdowns in Ms Van Den Haute’s home country Belgium, her clinic has seen a sharp increase in signups, almost doubling the demand for help. “With more time on [their]hands, people are more likely to notice any sexual problems they might have.” She emphasised that some people are affected much more than others. “Some are suffering from chronic stress, which can have disastrous effects on their wellbeing, both mentally and physically. Some develop significant problems.” Moreover, Ms Van Den Haute remarks an overwhelming rise in cases of sexual violence. “People are spending more time with their partners, allowing for a larger time window for abuse to take place.”

The pandemic has propelled people into finding new ways to stay in touch and be intimate, Ms Van Den Haute said. “Technology nowadays has many benefits. I’ve heard that people are using Skype, Zoom, and Snapchat to meet and be intimate, which is especially useful for people who spend long intervals apart. Technology will never be a substitute for sex, but for some, it has proven a comforting alternative.”

The virus has urged many people to change the way they approach sex. For others, it has meant being hauled into unwanted celibacy. Reddit, a popular web forum, is filled with heartbreaking stories from couples and individuals who find themselves unable to see their (sex) partners, primarily due to travel restrictions and health reasons. Megan, a student at Bangor University in Wales who did not want to give her last name, was unable to visit her partner for four months because he was a high-risk individual. She said: “He has very severe asthma, so I could not see him, even when lockdowns were eased. He would have been very unwell if he got it.”

“Having no sex makes me grumpy and snappy.”

Megan kept busy to numb the pain of not seeing him and found herself feeling lonely as a result. “And having no sex makes me grumpy and snappy,” she explained. She regrets not having been able to make the most out of her relationship. “I wanted to see him, just be close to him, and be intimate. Even without sex.” When they finally did meet up, they had “lots of sex,” she said, chuckling.

Businesses and individuals working in the sex industry were affected in strikingly different ways. Sex toy manufacturers doubled down on delivery when sales increased as a direct result of people spending more time at home. Sex workers, in contrast, were often overlooked and denied any of the financial support governments offered other, more ‘mainstream’ industries. Some sex workers faced an impossible choice: lose their income or continue working, risking exposure to coronavirus and having to pay hefty fines for breaching Covid restrictions.

For the time being, the pandemic is still thriving, and will keep leaving imprints on people’s sex lives for the foreseeable future. Many will continue to suffer from a lack of intimacy, which may or may not evolve into a collective trauma we have to face one day. On the upside, vaccine manufacturers are speeding forward, full throttle, and an end of coronavirus seems to be drawing ever closer. Whether people will feel safe enough to resume their pre-pandemic sexual habits remains to be seen.

All we know is that during the pandemic, we did, in fact, give a fuck.