A Local Celebrity Has Finally Found A Home 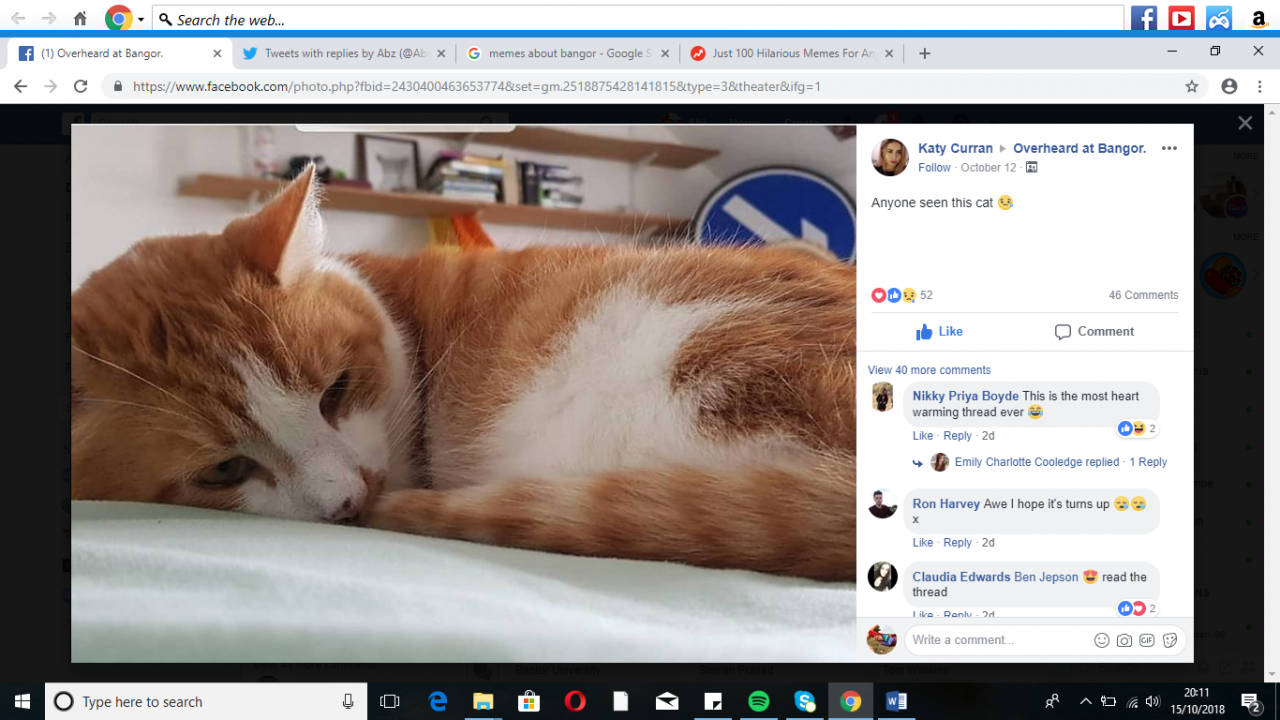 Whilst scrolling through and dodging the fake Cube ticket sellers on the popular Facebook page ‘Overheard at Bangor’, your attention may have been brought to some more happy, wholesome news. Those of you who have lived on College Road in the past will be no stranger to the famous Ginger Tomcat. With more names than Daenery’s Targaryen, this little fella would stroll into the homes of those happy enough to open their door to him, eat whatever food was offered and maybe give a friendly purr as thanks! He’s not been seen for a while and a few worried people had made plans to place ‘Missing’ notices in Upper and Lower Bangor for him. Instead, a student posted this picture asking for his whereabouts.

To which Emily Cooledge, an ex-Bangor University student responded with:

How lovely to see this familiar face has found a happy ending, his company will be missed in the houses of many I am sure.

Moving from one famous figure to another, a Hollywood star has been spotted frolicking around the hills of North Wales- Harlech Castle to pinpoint the exact location. That is Mamma Mia star Amanda Seyfried. And no, she isn’t filming a sequel to our beloved Mamma Mia 2, she’s here to film ‘You Should Have Left’ an adaptation of Daniel Kehlmann’s German thriller novel.