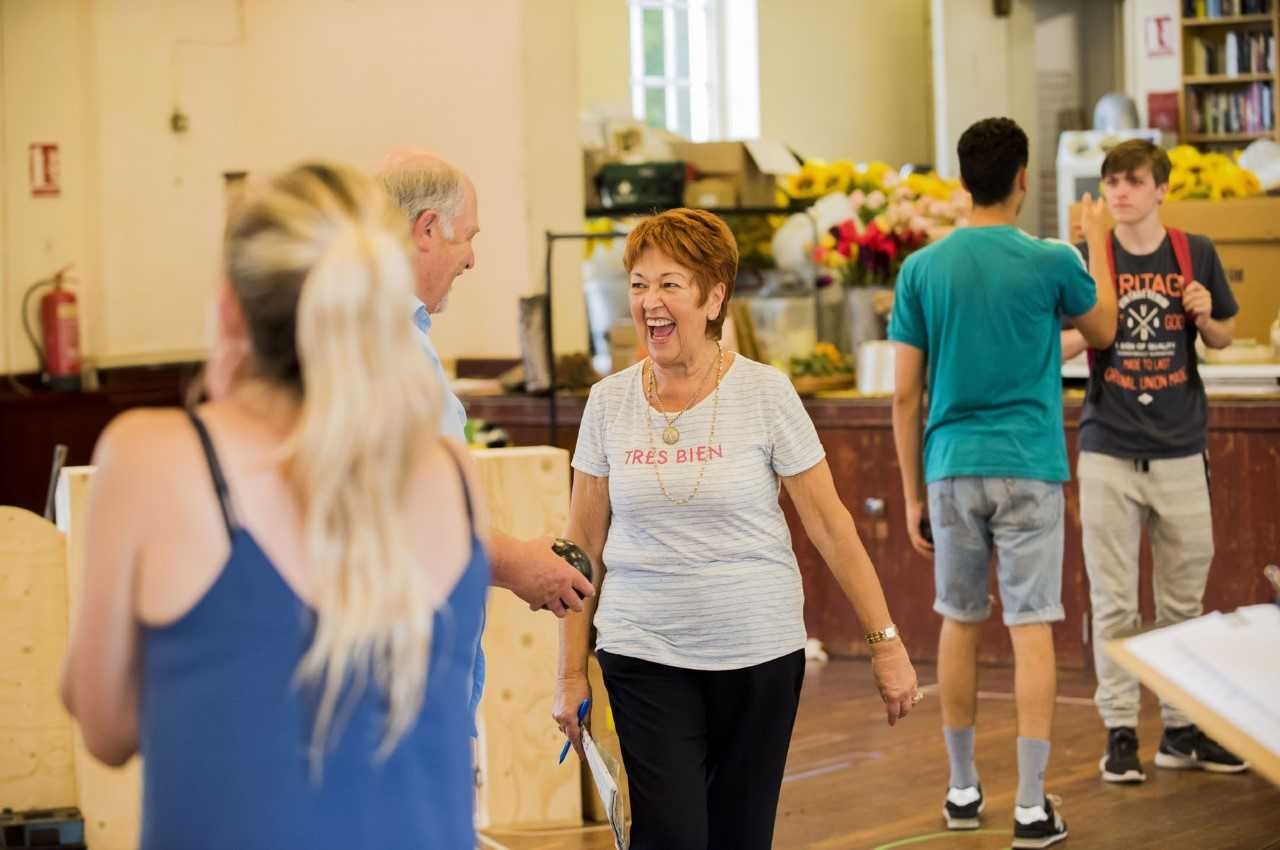 Sparkly, energetic theatre virtuoso Ruth Madoc talks with Seren about Calendar Girls the Musical in Llandudno, life of acting and her visions of the industry

Let’s get started. Calendar Girls has enjoyed touring already in Leeds and Canterbury, and now at Newcastle. Tell me, what has it been like to perform in and around Yorkshire, where the story is famously set?

It’s very interesting. We started off in Leeds which of course went absolutely swimmingly. But we thought, how will it go down in Canterbury in the south? Well, of course it was amazing, because it is a universal story. Everybody’s been touched, they know somebody who’s had cancer, either in the family or themselves. Canterbury waylaid anybody’s fears that it was only a Yorkshire area story. I think that’s due to the writing. It is written by Tim Firth, who is a wordsmith — he is witty and absolutely brilliant. He wrote Kinky Boots, Calendar Girls [musical]and the film of it, the play of it. He’s a modernist who’s got the right sound that appeals to an audience, whether they’re middle class, lower class or upper class. The music is written by Gary Barlow who happens to be a lifelong friend of Tim Firth, so there’s great affiliation there.

Sounds like an amazing team. I want to ask more about the stage play perspective as you performed in the play for three years – but as a different character! How has it been changing roles within the show, from the play to the musical?

Oh yes, yes. It’s very interesting, because I play the older woman in it now. She is the schoolteacher, and has been in the village for 50 years. The women around her, except for two of them, she’ll have seen go through her school as their teacher, which is an interesting aspect. And she has no children, this woman, so in a way the other women are very much her children. I think to act, you’ve got to have a backstory to the characters you play. However big, however small they are!

So, on October 23rd, you’re coming to Llandudno, just a couple of miles away from Bangor and our readership. Have you been in the area before?

Yes, I’ve been there a lot of times! I do love Bangor, it’s one of my favourite places. I like Bangor University – I knew the chair of music, professor William Mathias. I knew him very well in the 60s, he was a very good composer indeed. And Llandudno is a wonderful place, and Venue Cymru is a wonderful theatre.

I would like to know more about the life on tour. How has it been living the travelling actor’s life?

I like it actually, because you can keep in touch with your friends. Right the way around Great Britain we have friends as far up as Inverness, and as far down as Cornwall. Although it gets a bit difficult when you go from one season to the other: we started [Calendar Girls] off in a heatwave, and now it’s very autumnal. And you can’t get home! I live in the Brecon Beacons down in South Wales, so that can get a bit tricky. But on the whole we’re not too bad! 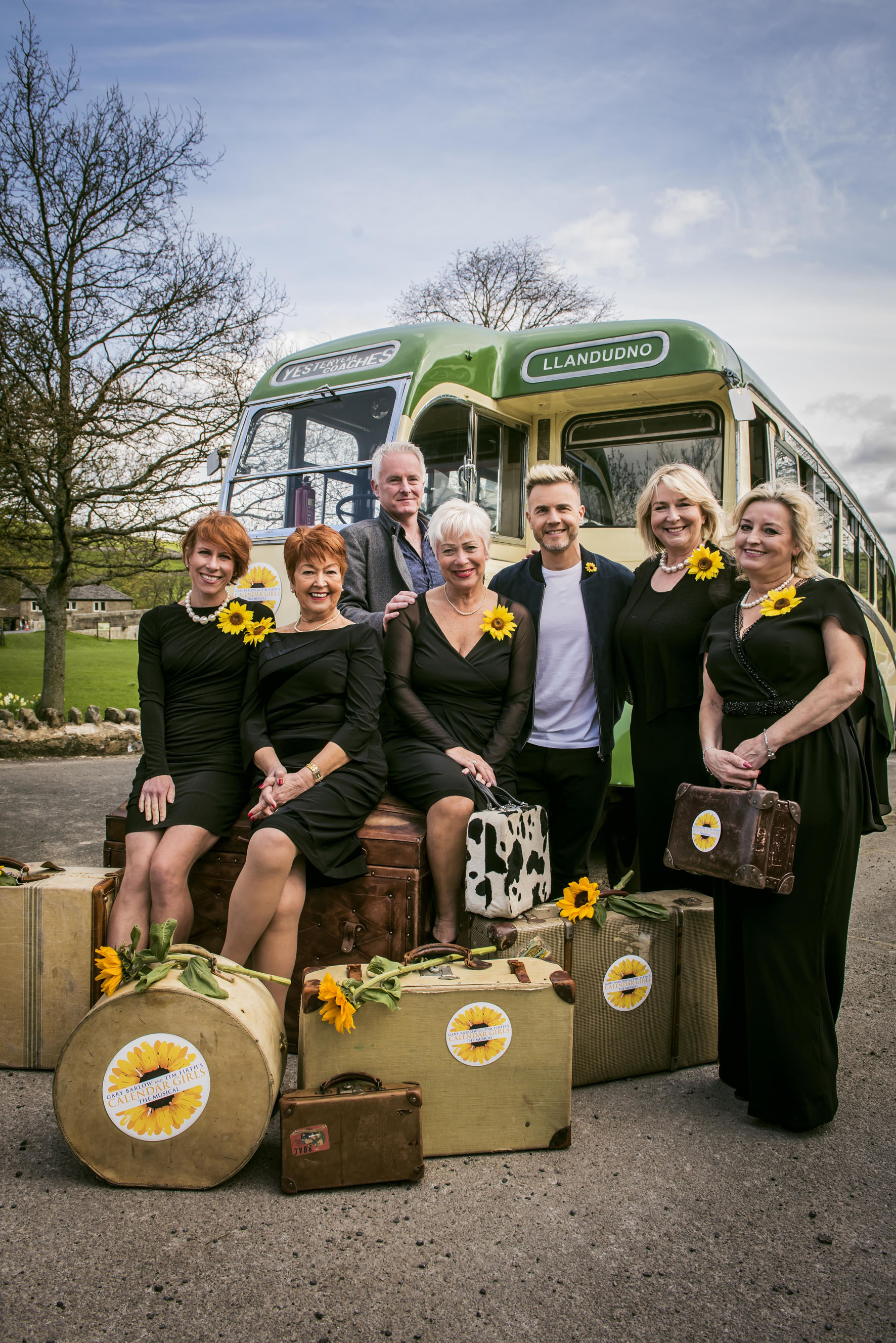 You are also a fellow of a fair few universities, where you lecture. Can you tell us more about that?

Yes, yes. When I can – because the good Lord has intended that I’m still, at 75, careering round the countryside acting – when I can, I do the odd seminar at Swansea. I go to the Welsh College of Music and Drama, and another university in Swansea, a technical university. It was very kind of them to make me fellow!

You’ve got such a vast experience of the industry. How would you say, has the acting industry changed over the years, since you started?

I’ve noticed, that people aren’t as generous these days. When I started, older actors would not be shy to come forward to telling if you were wrong. You can’t do that now, I wouldn’t dream of offering advice, unless it was asked for. In my opinion, it’s because everybody’s got to have a degree now and everybody thinks they know everything. Unfortunately, our craft is not quite like that, and the young people don’t realise that when they come in. It should be about sharing attitude, sharing knowledge.

What does the industry look like today? What would you say to young people starting now?

You always think of [acting]as a young people’s profession. When you see everyone on television, they’re all beautiful and young, and a lot of the casting on television is to do with how you look. People who are starting now must not be waylaid by the fact that you can actually earn a very good living doing reality shows. It all depends what you want to do in the business: if you want to earn a lot of money, go into reality shows and make your name – by making a bit of a prat of yourself really. But if you want to have a career that lasts, like mine has for nearly sixty years, you must be trained correctly. You must understand the techniques in front of a film camera as well as television camera, and the space of theatre.. It’s a privilege to be still in my business, and fully employed – at my age especially!

Calendar Girls will be performing in Venue Cymru, Llandudno between 23rd and 27th October, 2018. 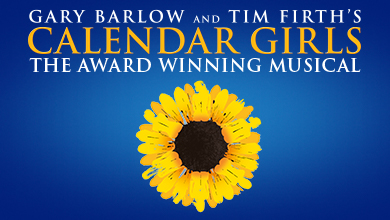 RUTH MADOC is a British actress with a vast experience in TV, film and theatre. She is best known to the public for her BAFTA-winning role as Gladys Pugh in Hi-De-Hi! among many others. She is starring in CALENDAR GIRLS in the role of Jessie.

CALENDAR GIRLS THE MUSICAL is inspired by the true story of a group of ladies, who decide to appear nude for a Women’s Institute calendar in order to raise funds to buy a settee for their local hospital, in memory of one of their husbands, and have to date raised almost £5 million for Bloodwise.