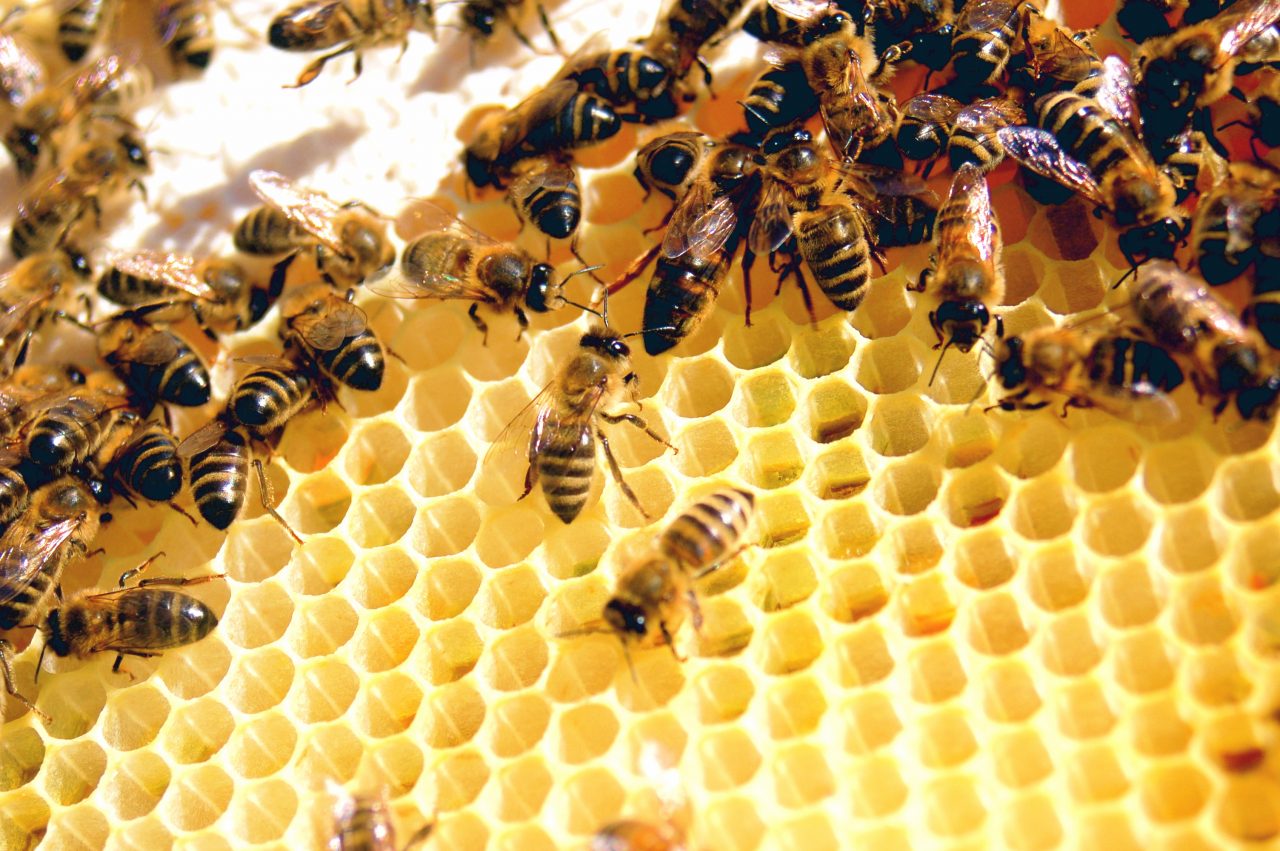 Dr. Paul Cross is a senior lecturer at Bangor University and has studied a wide range of topics from illegal drug use to zoonotic disease. A few days ago I met with Paul to discuss the importance of British bees and how beekeeping might be beginning to alleviate poverty in sub-Saharan countries. 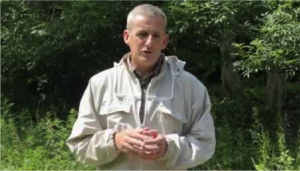 Why are British bees important?

“Historically the British bee (Apis mellifera mellifera), was well adapted to conditions particularly in the UK (high winds, lots of rainfall, short summer, low temperatures etc…) and over millennia had adapted to the environmental conditions. However, beekeepers have been importing other races of European bees from Italy, Eastern Europe ect… If you import Italian bees they are really gentle to start with – I don’t want to stereotype Italians, lounging on the Rivera – but they were pretty laid back. They have a comparatively long season in Italy to collect their honey, so there is no real rush. So beekeepers in the UK thought that was great, ‘let’s have those bees, they don’t even sting!’ But when Italian bees mate with the British bees you get a bee that is relatively lazy, a highly ‘stingy’ the following year.”

So it’s the hybrids that are the problem?

“Yes. Some bees actually become uncontrollable, they just become absolutely wild, they seem to have the worst mixture of all the genes. It also makes it impossible to artificially select for a desired characteristic. So, if you wanted a highly adapted bee suitable to these conditions, you’re never going to be able to do it if your starting point is a source population of mongrelised bees. So there’s been a campaign for 50 years or so now, but its really come to prominence in the last 10-15 years, about trying to breed back in the British bee, a bee that’s locally adapted to its environment (ecotype). The beekeepers that have done it have said that those bees are relatively docile, certainly compared to anything we’ve experienced with mongrelised versions. It’s not about patriotism, it’s about ‘racial casts’ if you like, and bees that are best adapted to the conditions they find themselves in. Similarly I wouldn’t want to export a British bee to the Italian Rivera because they’d have the same problem.”

Why is it that the hybrids become aggressive?

“That I’m not too sure about, and I’m not too good on genetics, but it certainly seems that the most aggravated form appears two years after initial breeding.”

“Queens, when they go out to mate, mate with about 15 different drones, and they store all the collected sperm, which is all mixed up, and over the course of the following year, or even up to 5 years, the queen lays eggs with this admixture of random genes. That is really hard to control. You can control the queen, and to an extent what she does, but you don’t have much control as a beekeeper to with whom she mates. That’s the main problem we have. There are things beekeepers are doing around North Wales particularly, whereby you can measure how purebred your bee is by measuring the veins on the wing. If you come across a colony in your apiary that has a high proportion of British bee genes, the best thing for you to do is to take them to an out-apiary, which is hidden at the back of a valley where there are very few other colonies and get them to breed with drones.”

Is North Wales a particularly good place for this?

“South Clwyd Beekeepers Association have been working on this for about 15 years. They can’t control all the beekeepers in their area, but they’ve got just about every beekeeper to sign up to the programme. And then they go around and drop new queens (with strong British characteristics) into any colonies that are heavily mongrelised.”

What do you think are the major problems that face British bees?

“Mainly habitat loss, in part due to urbanisation, but mostly due to agricultural practices. The wild patches and strips within the arable environment are hedgerows, comprising of few tree species (hawthorn and blackthorn), and no underlying wild flower growth, a situation that is replicated across Britain. So we’ve got all of these insects and lots of other species trying to eek out an existence on tiny, tiny thin and almost redundant strips of habitat.”

So there’s lost of resource overlap between insect species?

“Yeah. Anglesey is terrible, if you look at that place, which is forever on Facebook producing images of what a great place it is to go on holiday – it’s just a bloody insect desert!”

How is beekeeping helping to alleviate poverty?

“There are a lot of bee charities that raise funds to provide hives and equipment to the rural poor in sub-Saharan Africa. And the reason why they think bees and beekeeping is a good item to promote is that you need small amounts of land for it and it can provide another string to the bow of income generation for impoverished people. Also the bees are very resilient to any economic change. It begins with cheapish start-up costs, and comes with the potential of exporting African honey; it’s all a bed of roses. The problem is: it hasn’t been rigorously tested as to whether or not it produces tangible benefits.”

Is this a new idea?

“Beekeeping isn’t, but the Western approach that’s being exported, a more formal way of beekeeping, is. Traditionally Africans collected honey from wild nests in the forest, this new approach would allow them to manage the bees in a controlled way and allow them to predict what they’re going to have as a yield. They can expand as well. That in essence is why it’s seen as a good idea. There isn’t a lot of evidence to prove it one way or the other that it is beneficial. By measuring the incomes of beekeepers and non-beekeepers, my two PhD students, one in Uganda, and one who’s collecting data at the moment in Tanzania, hope to find out whether it is nor not.”

“Big charities go out to Africa to promote beekeeping, because for them it’s quite easy, all they have to do is buy a load of beehives, basically dump them on a targeted group of people. And then they can tick all their boxes and go away, there’s no follow-up and training. I’ve been on a trip around Rwanda recently and all you see are these clusters of empty beehives that no one’s using, there are no bees in them.”