‘Almost from the very first page, I want my readers to be scared’: Seren meets S.J. Boulton. 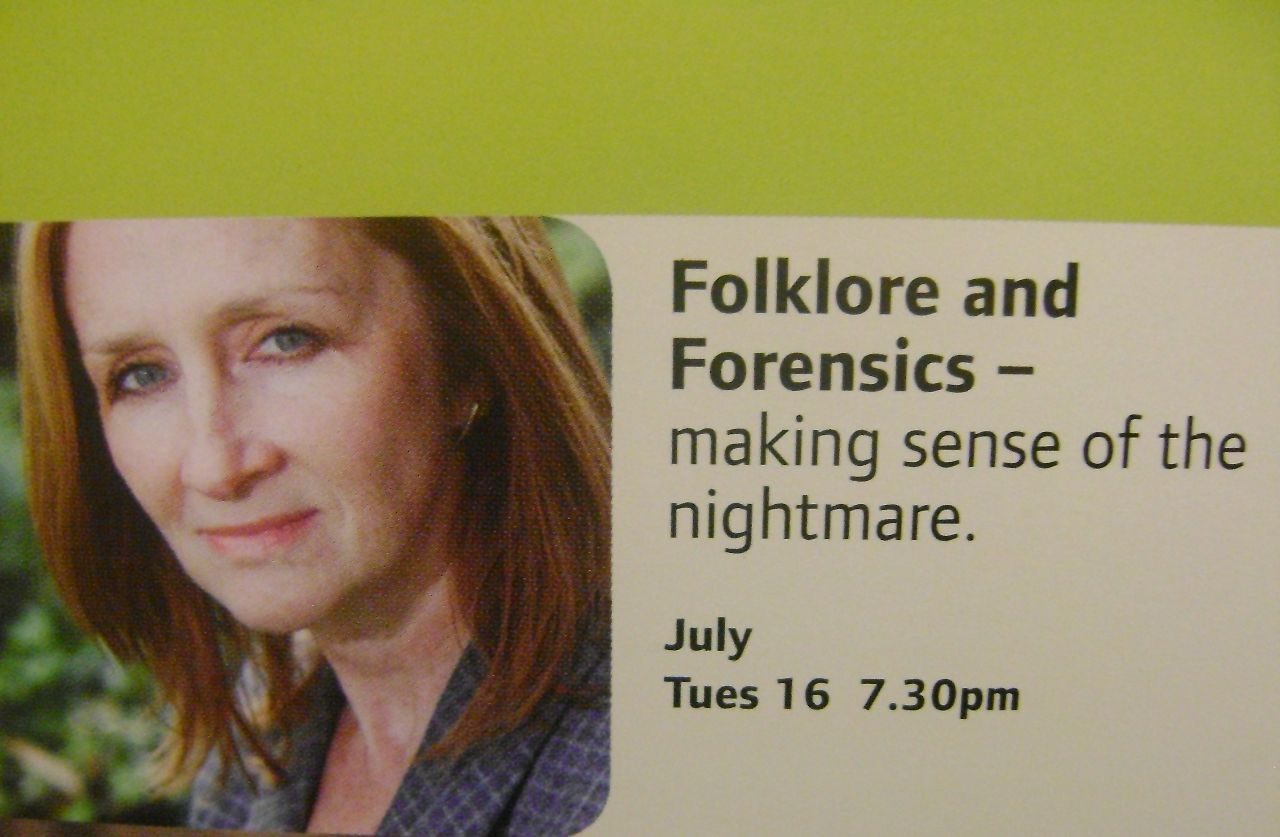 Seren Scoop?: The film of S.J. Boulton's novel 'Sacrifice' is currently in production, tough there has not been that much publicity about it. You heard it here first!
Share
Facebook Twitter LinkedIn Pinterest Email

On Tuesday, 16th July 2013, Lancashire crime writer S.J. Boulton visited the bright lights of Leighton Buzzard to give a talk entitled ‘Folklore and Forensics’. It is fair to say she has something of a Bedfordshire following, set to grow upon the film release of her novel ‘Sacrifice’, currently in production in Hollywood.

S.J. Boulton never thought she could write professionally; “My friend Ruth was far more able, and if either of us would ever become a writer, it would be her”, she modestly tells her audience of poised and intent bookworms.  Her first career was in PR, a life of what she calls “short skirts and long lunches”.  Yet at some point between courses and adjusting hemlines, she developed her skill of writing and “soon the habit of writing a thousand words a day became second nature”.

So how did she turn her hand from writing PR literature to extended prose fiction? She found out about the writing opportunities with the romantic paperback giant, Mills and Boon. She recounts being told “Mills and Boon pay £15,000 for 50,000 words, so I decided to have a go. I set it in the only exotic, faraway place that, at that time, I had ever been: California” and based the hero on her own ideal man; “Let’s face it, ladies, we’ve all got one”, she jokes. This was not the outset to a talk you would expect from a writer whose intensely dark, chilling, Gothic, fear-generating novels about crime and hate crimes have gone viral both at home and in the US. Boulton’s repeatedly rejected and unpublished Mills and Boon story is probably closest she will ever get to twee romance and chick lit. So how did she make the transition from attempting to pen a Mills and Boon story to wanting to scare her readership witless through Gothic crime fiction? The answer she gives paraphrases an explanation published on her website; “For thousands of years our world has scared us. For thousands of years, we have dealt with our fears by experiencing them vicariously in our culture. When we sat around camp-fires the stories we told were of random acts of destruction, of human evil and its consequences, and of the nameless terrors that haunt our dreams. Today, through books, films and dramas we look our demons in the face and, to the extent that it is possible, come to terms with them.” The tagline of Boulton’s talk is ‘making sense of the nightmare’, which epitomises the purpose of Boulton’s books: Therapeutic confrontation of human evil that, we cannot deny, lives and dwells among us: “Almost from the very first page, I want my readers to be scared…I don’t do chick lit.”

So what is this ‘Gothic’ that you’ve heard so much about hitherto in this article? S.J. Boulton, in the style of a university professor, illuminates a PowerPoint slide explaining the features of Gothic literature: “Dilapidated churches. Graveyards. Storms. Human acts of evil.” Although the dilapidated churches, graveyards and storms generate fear because they may be haunted or allow ghostly apparitions, the Gothic novel does not harbour ghosts: There is no use of the harmful paranormal- only acts of humans behaving in an inhuman, ghoulish, demonic and evil way; inciting terror and driving others to distraction by it. Emily Brontë loved to write in the Gothic style and the Gothic novel was parodied in Jane Austen’s novel Northanger Abbey, which predates the Brontës.

S.J. Boulton talks about what has inspired her writing in the Gothic vein and style. She recounted a family anecdote; “My sister and her husband returned to their house one night. Now, in my mind, it’s a dark and stormy night, but it was probably warm mid-July evening! In their garden, they discovered a piece of a skull from the adjacent graveyard.” Although the explanation was innocent, Boulton drew on this story to write Gothic crime. As well as the Gothic, the Victorian also plays a part in her inspiration pool.  Specifically, the notorious true story of Jack the Ripper, who murdered women by strangulation down secluded alleyways in Whitechapel and was never caught to face justice. S.J. Boulton’s novel ‘Now You See Me’ is based on the idea of “What if Jack the Ripper happened again?” The female protagonist is Lacey Flint, the detective attempting to solve the case of a murderer at large “and”, Boulton explains, “If I’ve done my job properly, at some point my readers will think she is the serial killer.” The audio book recording of this novel did not entirely satisfy the author; “The actress just sounded too posh to play Lacey! But she could do all the different accents.” The plotline for ‘Now You See Me’ explains the title of S.J. Boulton’s talk ‘Folklore and Forensics’; the unsolved, the much-talked about, the lurking and haunting; the key themes of her novels.

Her novel ‘Dead Scared’ tells the story of student suicides on campus at Cambridge University: Suicides resulting from internet trolling and cyber bullying, coupled with the pressures and expectations of attending university. Boulton talks about the modernity of such a dark theme; “It’s a murder in which the murderer has no direct connection to the victim; they may not even know who each other are.” Her research for this book required her to confront some undeniably very dark material; going into chat (read: ‘online abuse’) rooms and reading the troll comments; “When I’m researching a book, I’m going into a dark place and, for a while, can feel low, distressed by the information I’m encountering. But once I start the writing based upon it, it’s a different story. I feel much better because I am the one in control”- determining the line of events. Although Social Realism is a genre readily associated with working class issues, her novel ‘Dead Scared’, set at Cambridge University, tells of acts of human evil and is perhaps an example of Social Realism not entirely rooted in working-class issues and unrelated to social class.

A valuable lesson to take away from Boulton’s ‘Folklore and Forensics’ talk is that, according to the writer herself, “Successful writers are just the ones who don’t give up. Unsuccessful ones do or have given up.” Although she has now had several books published, she initially encountered rejection after rejection. She now compares the naturalness of her penning an opening line or a section to the instinct with which Harry Potter flies on a broom to play Quidditch: Duck to water.

Her use of the Gothic is not the only thing she has in common with Emily Brontë, who wrote under the male pseudonym Ellis Bell. Boulton was instructed by her editor to use a pseudonym that would not reveal her gender because “men wouldn’t want to read a horror story written by a woman and, I later learned, Sharon’s not a posh enough name…But so what if Sharon’s not a very posh name?!” She is unoffended by her editor’s choice.

S.J. Boulton’s novel ‘Sacrifice’ is based on the Shetland Island legend that beasts resembling men kidnap women to bare their children: The latter survive while the former perish. It is currently being made into a Hollywood film. I have seen the very preliminary trailers, and it is going to be a scream. Seren had the story first.

A Bookish Guide to the Bronte Sisters