The Importance of Being Earnest : Rostra Raises The Bar 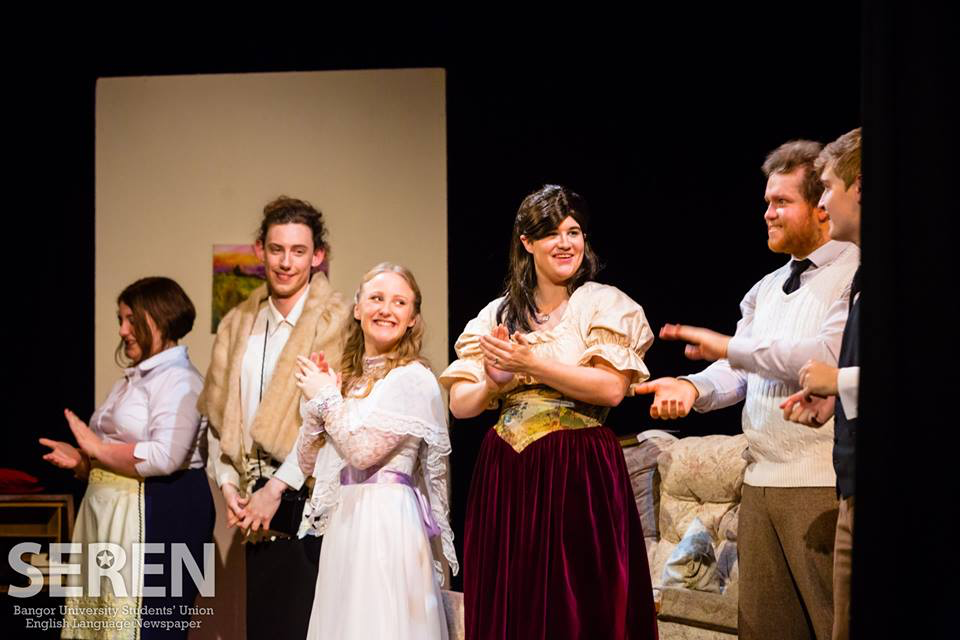 With Rostra’s second show of the semester, The Importance of Being Earnest by Oscar Wilde, ticked on the to-watch list, one must wonder how to prepare to review such pleasant and surprising performances.

Shifting from cocktail bar comedy to high society humour, Rostra greets audiences with a well-chosen cast, a well-staged play, simple and clean directing, and a lot of energy.

There is much to be observed: Oscar’ Wilde’s unique style of comedy and use of language is delivered smartly. The lighting and decor are kept simple and to the point and the acting is vibrant and natural.

Although 500 words is not enough to praise an entire cast, a few will be mentioned: Peter Jones as Algernon Moncrieff, Hannah Williams as Cecily Cardew, Jamie King as Lady Bracknell. They are the ones remembered here, but all others are nevertheless not forgotten by any of those who went to see the show.

Despite the show going on for a longer duration than most shows, that was noticed only by the pendulum.

One interesting thing we noticed was that Algernon reading last month’s Seren issue. While we do appreciate people acknowledging us as a historically acclaimed newspaper, we must correct to the readers that Seren was unfortunately not yet around in 1885. However we were around in the other 80’s, of the 20th century, to the theme of which we are hosting a party in March. For aspiring scholars who would like to inquire into this party, please see page 43.

With all being said, Rostra pulled off an amazing show in a brilliant way, and there’s only hope that they’ll raise expectations again. If you haven’t got the chance to see Bangor’s oldest drama group, come see Dirk Gently Holistic Detective Agency on the 14th,15th and 16th of December!