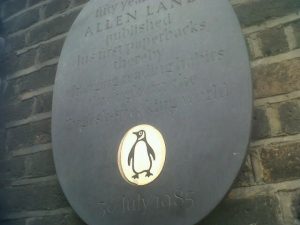 Shortly before 1818, a group of Romantic poets and writers travelled from Britain to Geneva. The party included Mary Wollstonecraft Goodwin (later Mary Shelley), Percy Bysshe Shelley (later the husband of Mary) and Lord Byron. Finding themselves in the Swiss Alps and thick snow, what better way to spend an evening in such an idyllic setting than…a disgusting novel-writing competition?! Yes. The Romantics decided to hold a competition to see who could compose the most grotesque and repugnant work. Under Byron’s and Percy Shelley’s view that a woman may not up to the job of writing morbidly, Mary Shelley unabashedly took to writing a graphic, disgusting piece to stun her male counterparts.

Remembering a dream she had had around her late teens, and coupling this with galvanism, a theme of the day, Mary Shelley composed her best known novel, Frankenstein. Dr. Frankenstein undertakes an experiment using galvanism and what appears to be some sort of electricity. The experiment, though a success, has terrible repercussions. The monster is created, who then storms all over the Swiss Alps like a homicidal bull in a Toblerone shop.  Its original title was Frankenstein: or, The Modern Prometheus. The dream became a published work when she was 21. The first edition was published in 1818 and the second in 1823, from which the French translation is derived.

Both galvanism and the invention of electricity are commented upon in Shelley’s novel; the galvanism is parodied and depicted grotesquely, graphically and unsettlingly in the birthing scene in which Dr. Frankenstein’s creation enters its state of being. Thinking ahead to Hallowe’en, many students have doubtlessly thought of dressing up as that which they think is Frankenstein: The green head with a nut and bolt through the neck, from which blood drips. This is Frankenstein’s Monster (sic, capitals; it is his name). Frankenstein is the scientist. It is no coincidence that Benjamin Franklin had recently invented electricity and the ill-fated scientist’s surname is a German-ified version of Franklin.

The piece also comments upon the French Revolution. Dr. Frankenstein creates the monster, who then takes to destroying everything and the lives of everyone in his way. Frankenstein’s Monster has an overwhelming desire to devour his own creator. This is a metaphor for the down-trodden peasants in Paris who ultimately revolted: They had been rendered poor and hungry and uncomfortable by the aristocracy. Their state of poverty had been constructed by those with the power and the tools to end it and with that they took to literally, physically and grotesquely destroying them by public guillotining.

The piece is a perfect marriage of scientific interest, the gothic and (then) modern history. Its overall message is ‘be careful what you wish for’. The ill-fated 1994 film, Frankenstein, is very loyal to the original 1818 text. Frankenstein’s Monster is played by none other than Robert Di Nero. Helena Bonham Carter plays the orphan Elizabeth Lavenza, who becomes gravely attacked by the monster and runs, injured and transfixed, all over the mountains, as if sired and brainwashed by a vampire. This character and Justine Moritz, the assumed culprit of a homicide committed by Frankenstein’s Monster, both personify the passiveness and subservient nature of women. This depiction of females is a strange inclusion, then, given Mary Shelley’s competitive spur, the inspiration that kick-started her writing the whole darn and grotesque novel in all its gory.