Feature: The End of the World – Past, present and future 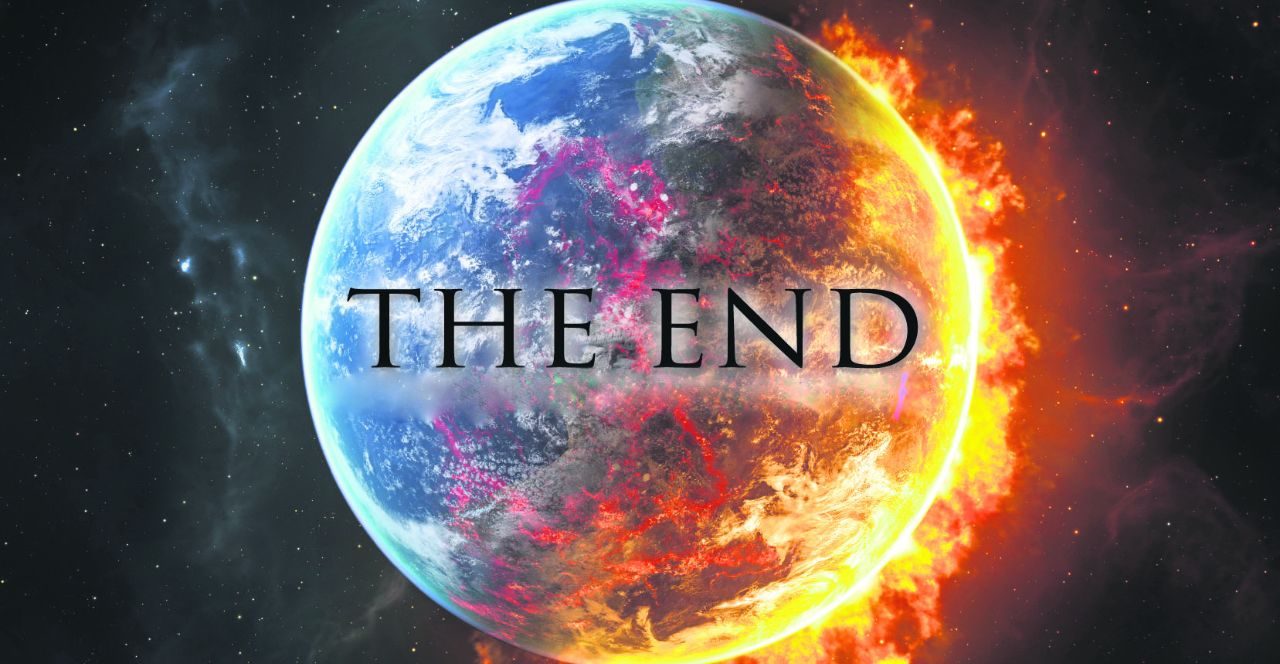 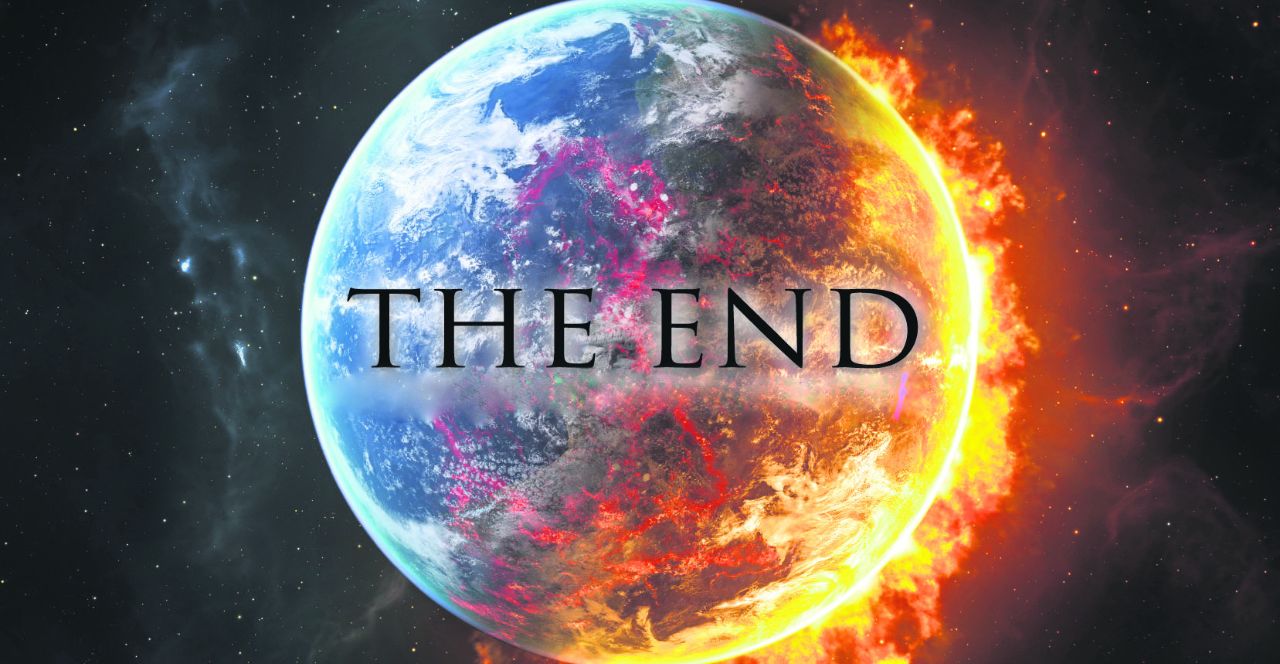 The end of the world. The apocalypse. The end of all living things. All terms we’ve seemingly had to get used to recently. With somebody seemingly predicting it every year, pop culture adopting it like ants on sugar or the media jumping all over it, it’s something that has been shoved in our face. In this feature, we’re not going to reassure you that it isn’t going to happen. In fact, we’re going to do the sheer opposite. These pages will be a look at how the world has ended in the past, how it could end tomorrow and how it is going to end in the future. Buckle up, it’s going to be a bumpy ride.

The past, the present and the future

The dinosaurs. We all know them. They dominated the Earth for around 130 million years, as as long ago as early as 230 million BC. This a mind boggling amount of time that’s extremely difficult to get your head around. Suddenly, the majority of them disappeared. A whole planet teeming with life became a wholly desolate wasteland. “What happened!?”, I hear you cry. To give it it’s long name, the Cretaceous–Paleogene extinction event happened. In simpler terms, an absolutely massive asteroid, the size of the Isle of Wight slammed into Mexico creating a crater a staggering, 110 miles in diametre. To put this into perspective, if an asteroid a tenth the size of the ‘dinosaur killer’ hit the Earth, it would strike the surface with energy equivalent to 10,000 Hiroshima’s, with a blast radius of up to a 1,000 miles. The dust and debris that would be tossed up into the atmosphere would eventually block out the sun leaving all living things cold and hungry, leading to another mass extinction. But don’t worry, an asteroid this size isn’t hurtling towards us any time soon. It’s still 16 years away…

Now that I’ve put your mind at ease, I’m going take you back out of your comfort zone yet again and look at two end of the world scenarios that could occur as early as tomorrow morning. Imagine one day, you’re sat at your kitchen table eating breakfast and then suddenly the sky is as bright as a thousand suns and your body burns to a crisp instantly; the power of an atomic bomb going off, hitting every place on the planet at once.

Although the aforementioned fiery death isn’t a great outcome for you, at least you won’t be around to see what happens to the rest of the planet. The atmosphere is instantly set alight, all body’s of water boil instantly and the side of the planet facing the blast is sterilised almost immediately. We’ve just been hit by a Gamma Ray Burst (or a GRB for short). This occurs when a huge, dying star is eaten up from within by a black hole. At one moment in time the star is there, then suddenly it’s gone, unleashing a massive amount of energy. This cosmic event hasn’t been observed in our galaxy. Until recently…

The star, Eta Carinae, is scheduled to go boom any time soon. Luckily it’s axis is facing away from us so we won’t be affected, but it’s definitely a wake up call that this kind of thing can happen, and there’s nothing we can do about it.

Now we move onto the reason we devised these pages. The date everybody has been going manic about. The 21st of December 2012, or later this very month. This is the date that Mayan calender ends. But what does this mean for us?

The Mayans, as a race, were extremely good at astromony, There were light years ahead of their time. They calculated the length of a year down to 3 decimal points, which for a civilisation without any sort of technology, is staggering. There are many theories about what is going to happen; however NASA have recently come out and rained on everybody’s parade. One popular theory is that, as the sun will be perfectly aligned with the centre of the galaxy, this will cause a cosmic event which destabilises the Earth. While NASA haven’t denied that the sun will align with the centre of the galaxy, apparently it has happened numerous times in our history and we haven’t been wiped out. It has been suggested that our misconceptions towards the Mayan calender are down to our lack of knowledge and context. We have found documents relating to the end of the calender, which out of context seemingly predict the end of days. However, NASA explain that ‘ just as your desk calendar ends on Dec. 31 and world keeps going on, the same goes for the Mayan calendar.

A er surviving all of this, you’d be forgiven to think that we’ d got through the worst of it. Unfortunately I have some bad news for you. The world is going to end someday. In roughly 5 billion years, our sun will run out of hydrogen to burn and will start burning helium instead. This will cause it to swell to at least 200 times its usual size.  is new ‘super sun’ will be big enough to devour Mercury, Venus and the Earth, with Mars just escaping incineration. When some stars ‘die’, they explode in a reaction called a ‘supernova’. Our sun does not have enough energy to produce such a spectacular reaction and will fade to a tiny white dwarf, eventually cooling down and disappearing entirely. This theorized number of 5 billion years is an incomprehendable number. Who knows where humans will be, or even if we exist anymore.

If, somehow, mankind survives the death of the Earth and everything else the cosmos can throw
at us billions of years into the future, we may have to sleep to survive. We’re talking huge numbers of years into the future here, over a billion, billion years from now.  The universe will be a cold, dark place.  e human thought process cannot function efficiently in the extreme cold, leading us into cyborg technology. But in this desolate cosmic wasteland, it’s so cold that even cyborgs cannot function properly.  This is where sleep is important. We’d go into hibernation where we can regulate body temperature and keep ourselves alive. However, with the universe being dead, with no real chance of ever sparking again, we will never wake up. And at the end of the day, what sort of existance is that of a slow- thinking, ever-asleep, cyborg?