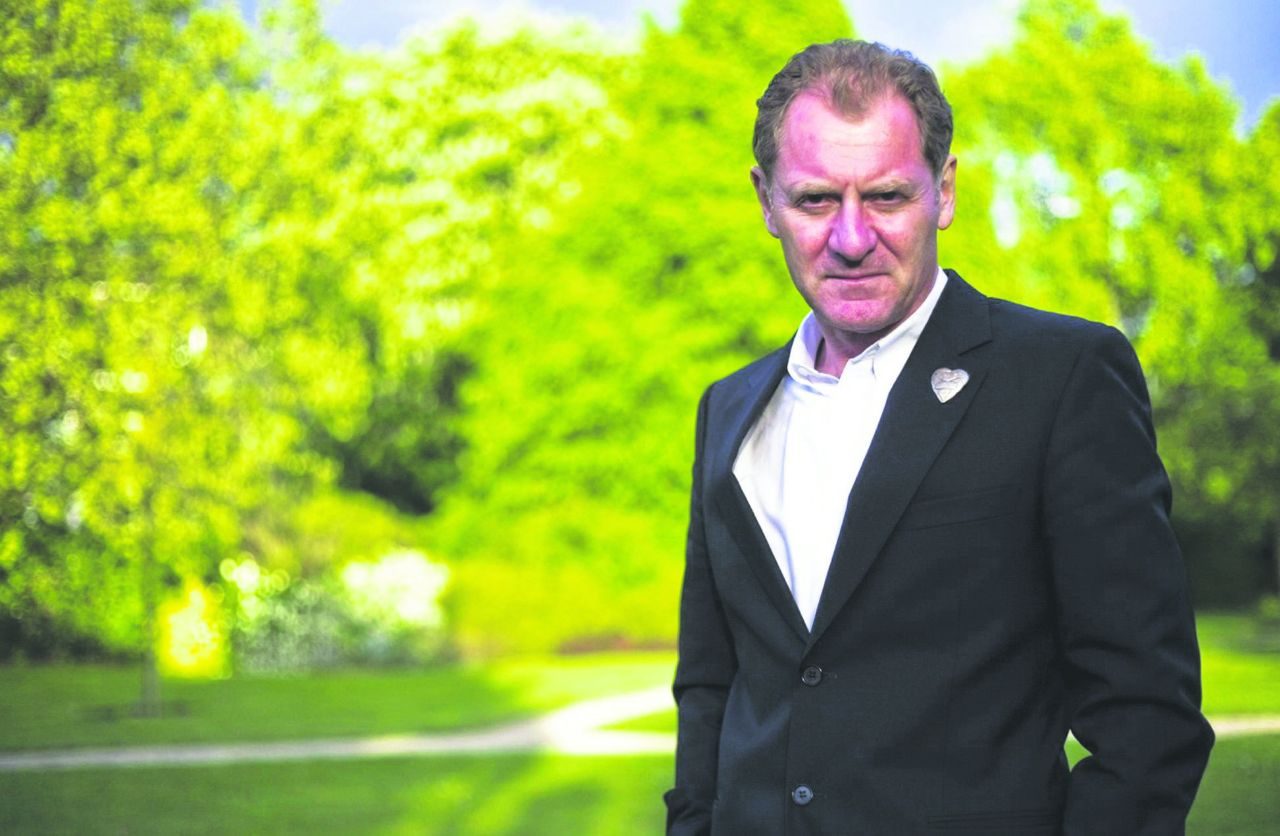 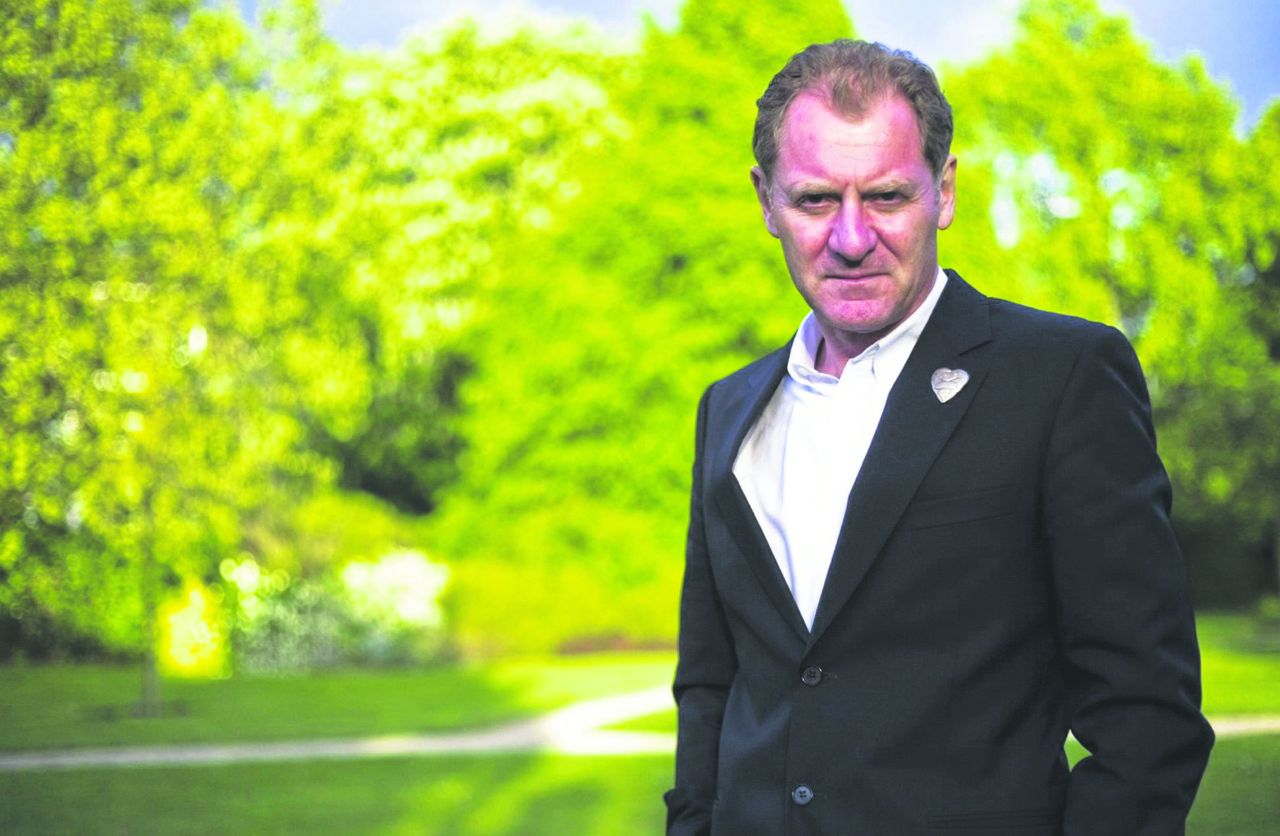 Andrew Motion is a serious man, yet as his audience gathers he remarks how ideally he’d like his ‘Selected Works’ to consist ‘of about six poems’. He served as the poet Laureate between 1999 and 2009. He inherited the title from Ted Hughes and was succeeded by Carol Ann Duffy, a staple GCSE classroom favourite. His work is conspicuously punctuated with rural references, a product of his countryside childhood. As if being Ted Hughes’ heir was not enough, he succeeded American writer Bill Bryson as the President for the Society for the Protection of Rural England.

“I’m going to read you a long poem, but you’re stuck in here now” he jokes, yet still with his prevailing air of solemnity. It is about his mother, an “elegy for her”. When Motion was “about sixteen” his mother suffered a horse riding accident, requiring her to undergo major surgery on her nerves. For nine years, she drifted in and out of a catatonic state before the sustained injury eventually killed her. The horse in question was called Serenade. Motion points out that which could be interpreted as an unfortunate contrast; a song of despair, an elegy, brought about by a horse named Serenade, meaning a peaceful, amorous form of song. Andrew Motion fondly remembers how his parents were “country people who did country things”. This poem describes Serenade’s having her horseshoes tended to by a blacksmith, and the blacksmith’s array of tools. Motion informed his audience of his mother’s accident and death. In light of the fate met by Motion’s mother, this description of blacksmith tools conjures up imagery of surgery equipment. Motion’s decision to inform his listening audience about his mother’s death in detail may well be motivated by the desire to achieve this effect of a darker, more human, association.

“I’ve read you one [poem]about my mother, I should probably read you one about my father” be observes. The poem about his father is similarly elegiac, about Motion-when standing on “a piece of lawn the size of a handkerchief”- being visited by a memory of his father soon after he had died. The memory is of countrified childhood days in the garden, using rusty tools and “wiping down the blades” of a lawn mower.

Motion opened his talk with the very sobering topic of the Second World War. He described how, in his youth, he and a friend went to Amsterdam, “for the pictures!”, he adamantly assures us with a playful nod. Yet amid appreciating Dutch culture of a clean and wholesome nature, he made a visit to Anne Frank’s house. The memory of the secret annexe inspired Motion to write a poem about it in adulthood, yet it was not the only inspiration for it. He explains how his poem about Anne Frank’s house was also motivated by the need to “prevent evil” in modern Britain in light of the presence of the BNP. This poem by Motion encapsulates the ‘Nie wieder!’ (‘Never again!’) attitude to the Holocaust and oppression. In it, he describes how he observed where Anne Frank and her family tried to ‘go on living normally just a little bit longer’. The poem refers to the winding staircase, the ‘wardrobe that sways’, a ‘sunlit room’; characteristics of an ordinary house yet placed in the darkest context imaginable for modern times. This ordinariness of the poem reflects how normal the Frank family wanted to be.

He served as the poet Laureate for ten years and has spoken of how this largely disrupted his original writing plans. If this is the case, it would not have been obvious to anyone who follows poetry, for he certainly did not suffer writer’s block. During this time, he produced much topical and relevant poetry. He was keen not to be seen as a Queen’s court jester-like poet producing coy and coquettish, chirpy verse. Instead, he elected to write poetry that exposed the truth and produced a running commentary on events in Britain as they unfolded. His pieces Regime Change (2003) and Summer Wedding (2005) were written in light of the invasion of Iraq and in celebration of Charles and Camilla respectively. He has been commissioned to write poetry by the BBC on many occasions, including a poem about foot and mouth disease for the Today Programme. An epidemic of foot and mouth struck twice in Motion’s Laureateship, once in 1999 and again in 2007.Poignantly, he wrote a piece for the last surviving ‘Tommy’ from the First World War, who died in the summer of 2009. In contrast to his interest in the contemporary and the here and now, Motion informed his audience of his self-confessed ‘hopeless’ soft spot for Romanticism.

Motion is an unabashed fan of all things Enlightenment. He is also unafraid to put his own stamp on the literary greats. He had to forewarn his audience that his poem about the German thinker Goethe contained much ‘foul language’. Motion contemplates-in his own colourful language- how the log on which Goethe spent much time pondering and thinking may be used by lovers under cover of darkness. Motion describes the living Goethe as being ceaselessly still in pondering. This will ring bells with anyone who has seen Goethe’s statue in the Louvre or in the quarter named after him in Vienna. Motion describes Goethe as a bringer of new ideas, which conjured up images of the two statues of him in Vienna that are opposite each other. Although both statues depict Goethe sitting still (as Motion observes) in a chair, one statue is covered in Arabic writing, an image for other, distant, far-off lands.

Motion has been lucky enough to meet and have contact with of his influences. He met Philip Larkin when the former was working as a university librarian, which certainly plays a walk-on role in his literary anecdotes. Motion talks fondly of his friendship with Philip Larkin. Motion wrote and had published a biography of Larkin’s life. However, this was commissioned by a third party and not an agreement between the two men.  He attended study sessions in the presence of W.H. Auden and the Northern Irish poet Seamus Heany was initially offered the title of poet Laureate in 1999, but later refused. Alternatively, it might be that his contact with these figures has rendered them influences upon his work.

Motion’s latest work is a novel entitled Silver, a response to Treasure Island. He serves on a number of academic and artistic boards and committees.