ARTIST OF THE WEEK: LUCIAN FREUD 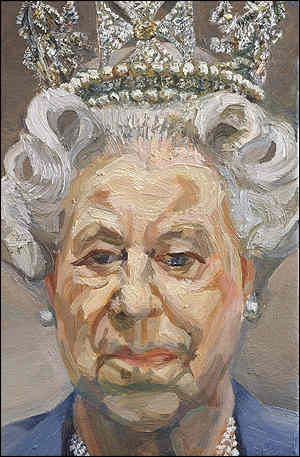 As part of Creative Corner, every week SEREN will look at the life of a famous artist. This week we turn to Lucian Freud.

Freud was born in Berlin on 8th December 1922, a grandson of famed neurologist Sigmund Freud.

Alongside his Jewish parents, Freud moved to London in 1933 to escape the rise of Nazism, which would later take over the country during the Second World War.

He studied briefly at London’s Central School of Art, before continuing his studies at the East Anglian School of Painting and Drawing, Dedham, and later Goldsmith’s College from 42-43.

The same year would see Freud be commissioned by poet and editor Meary Tambitimuttu, to illustrate Nicholas Moore’s poetry collection ‘The Glass Tower’, the beginnings of a fruitful career in the art industry.

It was in the 1950’s that Freud began to focus on painting nudes, which would later become his signature subject. Using muted colours, Freud began to experiment with hogs-hair brushes, which created the rough texture we see in his work.

The subject of Freud’s paintings were often people he knew – friends, family, and lovers, and would be usually be required to give up large periods of time to be painted from life by him: (He once spend 4,000 hours working on a series of paintings of his mother).

In terms of his personal life, Freud is rumoured to have fathered around 40 children, although only 14 have been ‘officially’ identified. After an affair with Lorna Garman, he later went on to marry her niece Kathleen ‘Kitty’ Epstein, the daughter of sculptor Jacob Epstein. Following their divorce, he began an affair with writer Lady Caroline Blackwood, who he would later marry. She is claimed to be the first and only woman to ever break his heart.

Freud’s later career would see him setting a world record for the highest auction price of a single painting, with 1995’s portrait ‘Benefits Supervisor Sleeping’, which fetched $33.6 million in 2008.

From 2000-2001, he painted Queen Elizabeth 2nd, which sparked controversy in the British media. The Sun described the painting as ‘a travesty’, despite other critical acclaim.

Freud passed away on 20th July 2011, aged 88, leaving behind almost £96 million in his will – the largest ever sum by a British artist. He is now remembered as one of Britain’s most famous artists. He had many celebrity fans, including model Kate Moss, and artist David Hockney, both of which he painted during his lifetime.