The one where it was the 90s 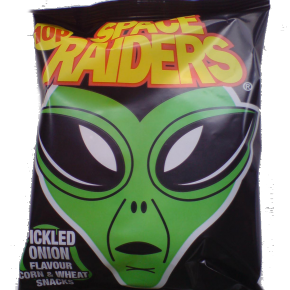 As I’m sat here eating a packet of Space Raiders, for the first time in ages, I’ve decided something: the 90s were, when all is said and done, a particularly peculiar decade.
With this review I’m going to take a look back at some of events that I think shaped the final ten years of the 20th Century; from the toys that defined our childhood to the pop culture that brought about a new age of music and TV. Bursting with colour, mainly vibrant, those years were, for many of us, as formative as reading a Roald Dahl book. For those of you who are a tad older, they were years filled with a culture which completely contrasted with the bright, cartoon-filled world…unless you were on certain substances. 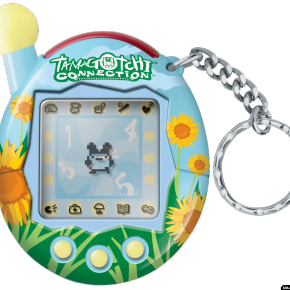 This was the age of the craze; every year the toy companies would compete to capture the imaginations of children; or rather, make their products so appealing that we just had to have it, “pleeeeeeease mum!”
These crazes ranged from the simplest of collections to expensive robotic toys. As kids we didn’t care about the price, we just needed to have one so we weren’t the one kid left out in the playground. The yo-yo, an age old toy comprised of a bit of plastic and some string, blazed back into fashion with the addition of some lights on the inside of the wheel. Sold everywhere from Hamleys to street traders, this cheap toy was based on skill, much like the other playground pursuit of conkers. We, of course, became entranced; I, for one, never managed to get the hang of the blasted thing!
Running with a now tested idea, shoe companies decided to put lights into the heels of trainers thereby making boring old footwear exciting and oh so flashy. For a scant few years children wanted these items of clothing as much as their favourite toys on Christmas day; gone were the feigned smiles over boring old shoes.
Next came Beanie Babies. These cute & cuddly animals launched in 1993 and stayed on the craze-list until 1999. Because TY Warner, their makers, kept each line to a limited run these teddies became much wanted collectors items overnight.
These were to be dwarfed, though, by the Japanese sensations: Tamagotchi and Pokémon. Both played up to children’s love of animals, collecting and sheer oddity. Who didn’t own their own digital pet and let it die because you forgot to feed it? Pokémon surpassed even this, becoming a huge franchise; not only did you have to own the cards, you had to watch the TV show, buy the toys and go see the films. To this day some corner of my mind still holds the names of the original 151 (Gotta catch ‘em all!). 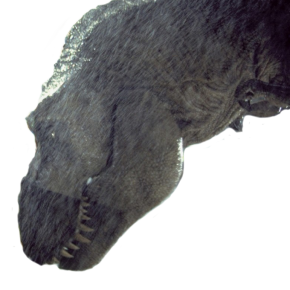 Talking of TV shows, it seemed that the 90s churned out an unending array of brilliant ones – at least, that’s what we thought as kids. Some of them still hold up today and have become classics; just think about the golden time that was 6pm on BBC 2. The Simpsons would be on every weekday followed by an array of different shows, the most famous and well known being Fresh Prince of Bel-Air (“In West Philadelphia born and raised…”; you’re now humming the rest of the song) and Buffy the Vampire Slayer.
What defined the decade, however, was the proliferation of a new age of cartoons. Biker Mice from Mars, Gargoyles, Johnny Bravo, Pinky and the Brain, Rugrats, Dexter’s Laboratory, The Wild Thornberries; I could list off many more but you get the point, or rather, you’re now remembering these shows. They did more than just entertain, they entered into our pop culture for two reasons: they had a darkly comic side to their stories and they embraced the spirit of the 90s; having fun for fun’s sake.
Think of Saturday morning TV; whether you were an SM:TV Live or a Live & Kicking viewer, you got up on a weekend and sat down in front of the box to watch raucous fun being played out via each shows presenters or through the cartoons they played. Think of gunge, the one substance that seemed to unite kids TV. Real life was presented as if it were a cartoon; bustling with excitement and full of hilarious violence.

This, in a rather roundabout way, leads me to an aspect of the decade which those of us younger than 30 won’t have experienced: the rave culture. Gone were the power ballads of the 80’s, the 90s would bring a faster pace to music with the proliferation of house, trance and techno, amongst others. Gone too were the drab colours that seemed to inhabit the previous decade, this would be a new age of vibrancy; namely neon and even more tie-dye.
People were out to enjoy life and if that meant raving all night in a warehouse somewhere then so be it. If that also meant taking dubious substances in tablet form then, what the hell? (Though Seren wouldn’t advise this, 90s or not!)
From what I can gather looking back at this adult world, I think it was a celebration of sorts; we’ve almost made it through the 20th century, everyone is getting richer and more comfortable: let’s party! 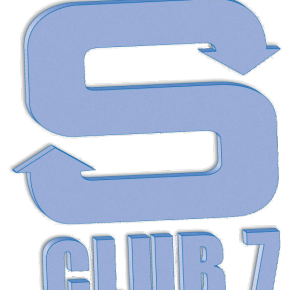 Of course the other side of this coin was the infinitely more innocent pop music. Instead of grungy rock or club anthems, what seemed to define the colourful decade for those of us who were young were the vast array of boy and girl bands. Take That, Steps, Spice Girls, Boyzone, S-Club 7…the cheesiest of cheese but you loved it.
Pop music made the 90s. Look back now and the music you will see dwarfing any other is that of the pop stars and the one hit wonders; Britney, Billie, Lou Bega, B*Witched; the charts were teeming with them. But then there was also Brit Pop and the Grunge movement and, of course, the Ravers. I think this was where music began to split into its now myriad parts; we now have Indie, Ska, Punk Rock, etc and they all had their roots in the weird and wonderful melting pot of the 90s music scene.

This spirit that I’ve nattered on about influenced cinema, as much as music or TV, into creating the blockbuster, the film to end all other films…every year. Way back in 1993, Jurassic Park was one of the first (and best) of these mega-films. Even if you have never seen it – seriously, if you haven’t, watch it. Now. – the famous scenes have entered the public consciousness. The T-Rex trying to pry the kids out of the car as if they were tinned food, the Velociraptors chasing said kids through the kitchen, “clever girl” and the ripples in the cup of water. Here was a film for all the family that I don’t think would have been accepted as much if it had been released in 2003; it filled the niche provided by the 90s perfectly.

Even politics became a blockbuster affair. In America, the latter part of the Clinton Presidency played out almost like a Hollywood film; the affair, the scandal, the Congressional hearings…alright, not that bit. Here in Britain one particular year could have been released in cinemas to high box office ratings: 1997.
Tony Blair and Labour stormed the election, winning a landslide victory after decades of Tory rule. There was a sense of things changing for the better, for a brighter future; it was because Labour inhabited the youth of the 90s that the decrepit Conservatives never seemed to understand. No blockbuster is without its bitter middle act, though, and Diana’s death in August sent the world reeling in a way that I don’t think anyone could have grasped.

What the years between 1990 and 1999 did, above all, was to allow people a chance to relax and enjoy life in a way they could never have done before. It was the first time in history where the vast majority of people, in this country, were comfortable enough to spend money and time on having fun as much as on work. When you look back, you’ll see different things to me but I think we all see the colour and the music and, for some reason, Pogs.
Sure, the 90s had its grey spots and its dark times but, when all was collected and sang, they were a lorra lorra fun!