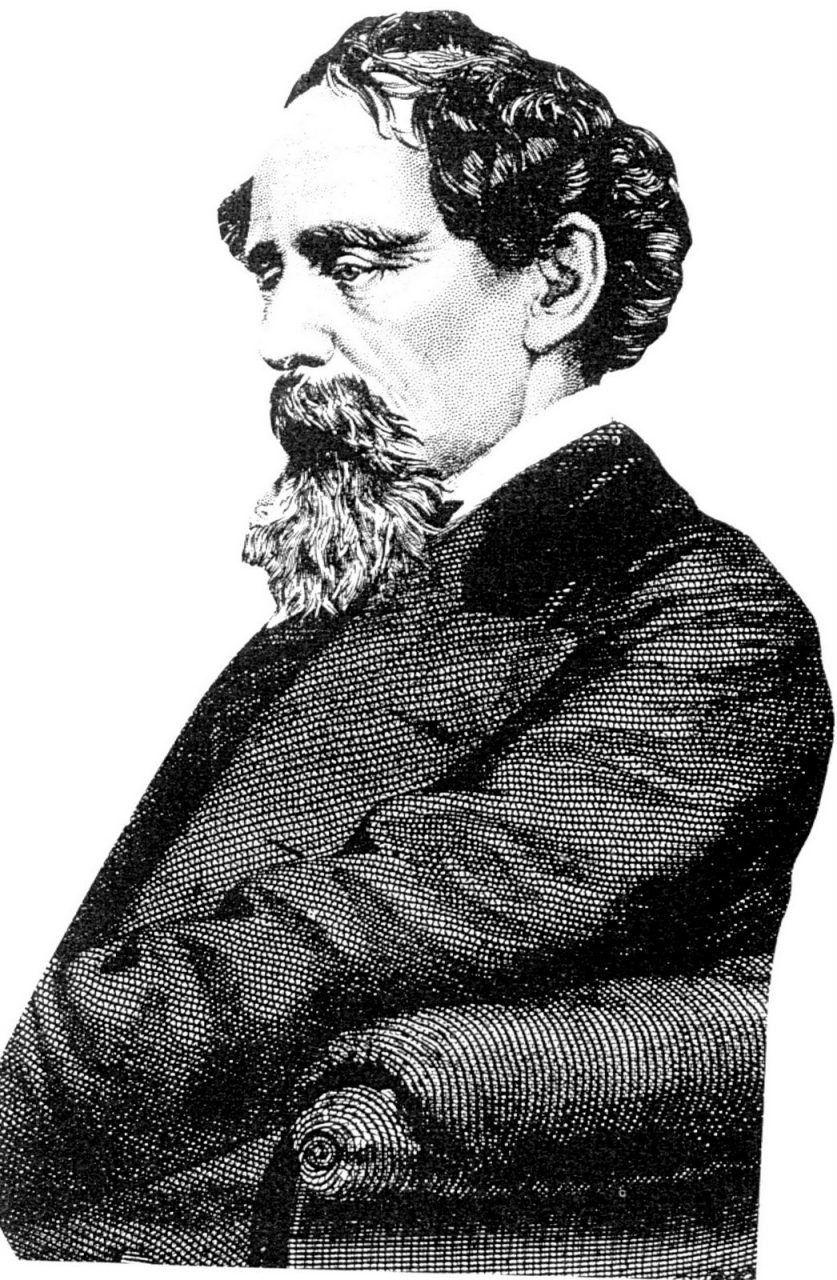 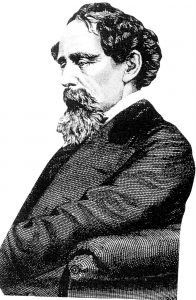 From the portraits, of one England’s canonised writers and the greatest of the entire Victorian age looks to have had a moneyed upbringing, a comfortable life and good education. He sits calmly, yet inspired, and looks as if his mind is on the edge of grasping a literary landmark plot or character as it   blossoms inside his thoughtful mind. He is habitually portrayed smart and besuited, seated pensively in a fine wooden chair with curved armrests, and appears to be quite at home in an exclusive library or prestigious gentleman’s club. The paintbrush lies. Charles John Huffam Dickens may appear to be the quintessential London Victorian gentleman, setting all of his novels in London apart from A Tale of Two Cities, which also includes Paris. However, he was in fact born in Portsmouth, spent his early childhood in Kent and suffered as a result of his family’s money difficulties. Any “champagne socialist” label is sorely misplaced.

The novelist, who is as famous for his characters as Oscar Wilde is for his quotes, produced several works in protest against the Victorian London in which he lived; A class-divided city with few intermediates between the two extremes of wealthy gentry and the impoverished majority struggling to survive on a daily basis. It was the fashion for the rich Victorian lady to be round and plump: to grow fat and merry was an attractive sign of wealth. Dickens lived among the unbelievably poor masses (sic- read on!) and was appalled by their living conditions. They were forced to suffer homelessness and ruthless factory bosses who paid insultingly low wages for work hours that were literally painfully long. Short life expectancies and mothers dying in childbirth meant orphans were commonplace; the Victorian novel is littered with them. The insufferable poverty and need to eat drove the women into making the painful choices of working as prostitutes and sending their children to clean the chimneys of the wealthy; a dangerous and risky endeavour highly detrimental to their lungs. The most notorious yet unchallenged institutions of Victorian London were by far the workhouses and the prisons. To the minds of the modern British population, the common and accepted nature of these establishments, which essentially punished people for being poor, is simply unthinkable, unrecognisable and intolerable. But exist in large numbers they did, as Charles Dickens himself discovered.

In 1824, when Charles Dickens was only twelve years of age, his father was imprisoned in the Marshalsea Debtor’s Prison after struggling to make ends meet. Due to his father’s fate, Charles Dickens was forced to work in a warehouse that manufactured shoe polish, thereby reluctantly absenting himself from education. This experience was the pivotal point of Charles Dickens’ life; he saw the true extent of poverty and the suffering it brought. He was disgusted at the physical pain and hardships incurred by the workhouses that were cited and intended as an aid, solution and a refuge for poor people.  Fortunately, Charles Dickens’ father was released after a matter of months, allowing his son to resume his valued education, which he completed at the age of fifteen. Then, he (Charles) found work as an office boy in an attorney’s headquarters, learning shorthand by night and likely by candlelight. His work with the written word began to intensify and gather momentum from 1830, when he started working as a shorthand reporter, progressing into a career parliament and journalistic reportage.

The lyrics of Gilbert and Sullivan, the Lennon and McCartney of the Victorian age, describe the politics of the day, when there was no socialist movement nor Labour party or coalitions, only Whigs (the Left) and Tories (the Right): “Every boy and every gal that’s born into the world alive / is either a little Liberal, or else a little Conservative.” Charles Dickens was certainly born a little Liberal, a leaning that intensified following his workhouse experience. He supported Reformation, a belief he both channels into and convinces readers towards in his novels, by demonstrating how severely the poor in the London he knew were suffering. Oliver Twist escapes the frying (gruel?) pan of the orphanage only to land in the fire of a gang. The Jewish leader of the gang, Fagin, bullies Oliver and other boys into crime. Anyone who thinks this character is an anti-Semitic jibe on Dickens’ part needs review the situation. If anything, Dickens thereby challenges the stereotype of wealthy Jewry, indicating that poverty affects all segments of society; this hardened, cruel character is the result of a difficult and impoverished upbringing.  This gang, headed by “The Jew”, as Dickens refers to him, subject Oliver to a horrific life ‘on the edge’, that was middle of the road for so many in Victorian London. His long-lost grandfather, with whom Twist becomes acquainted at the end of the tale, rescuing his grandson from his ordeal and life of poverty, embodies the caring Reformation Dickens supported and longed to see. Similarly, greedy and misanthropic Ebenezer Scrooge in A Christmas Carol –this novel contains the first ever examples of the concept of time travel! – personifies how Dickens wanted Victorian society to see the evils it was permitting. Scrooge is taken away from his own comfortable setting and placed in one where the error of his ways, such as treating workers like Bob Cratchett ruthlessly, becomes shockingly, shamefully and unsettlingly evident: he is shown how the Cratchetts are a poor but  happy, loving family, who wish the wealthy no ill and and are not parasites. The ‘reformed’ Scrooge becomes happy when he helps and shares his wealth with others.

Dickens, who invented the word “boredom” whilst on the London underground and published it for the first time in Bleak House, evokes the Victorian atmosphere in his novels so vividly and powerfully that the reader feels they are having flashback visions akin to those of Ebenezer Scrooge on Christmas Eve. We can hear the jangle of cast ironmongery as references thereto punctuate Scrooge’s adventures: The novel’s opening lines include the vivid “Marley was dead…Dead as a doornail.” We can smell the cobwebs in Miss Havisham’s room (Great Expectations). Furthermore, it is his honesty, pessimistic yet hopeful for improvement, in depicting the Victorian age that makes Dickens so great. His warts-and-all, politically-motivated description of life in the London he knew (and maybe loved unconditionally) gives his novels body, structure and unforgettable impact. His faithful description of Victorian Britain shocks his readers into remembering his descriptions. His writings will always be a relevant source of information about how difficult life in Britain then was, and how far we have come.