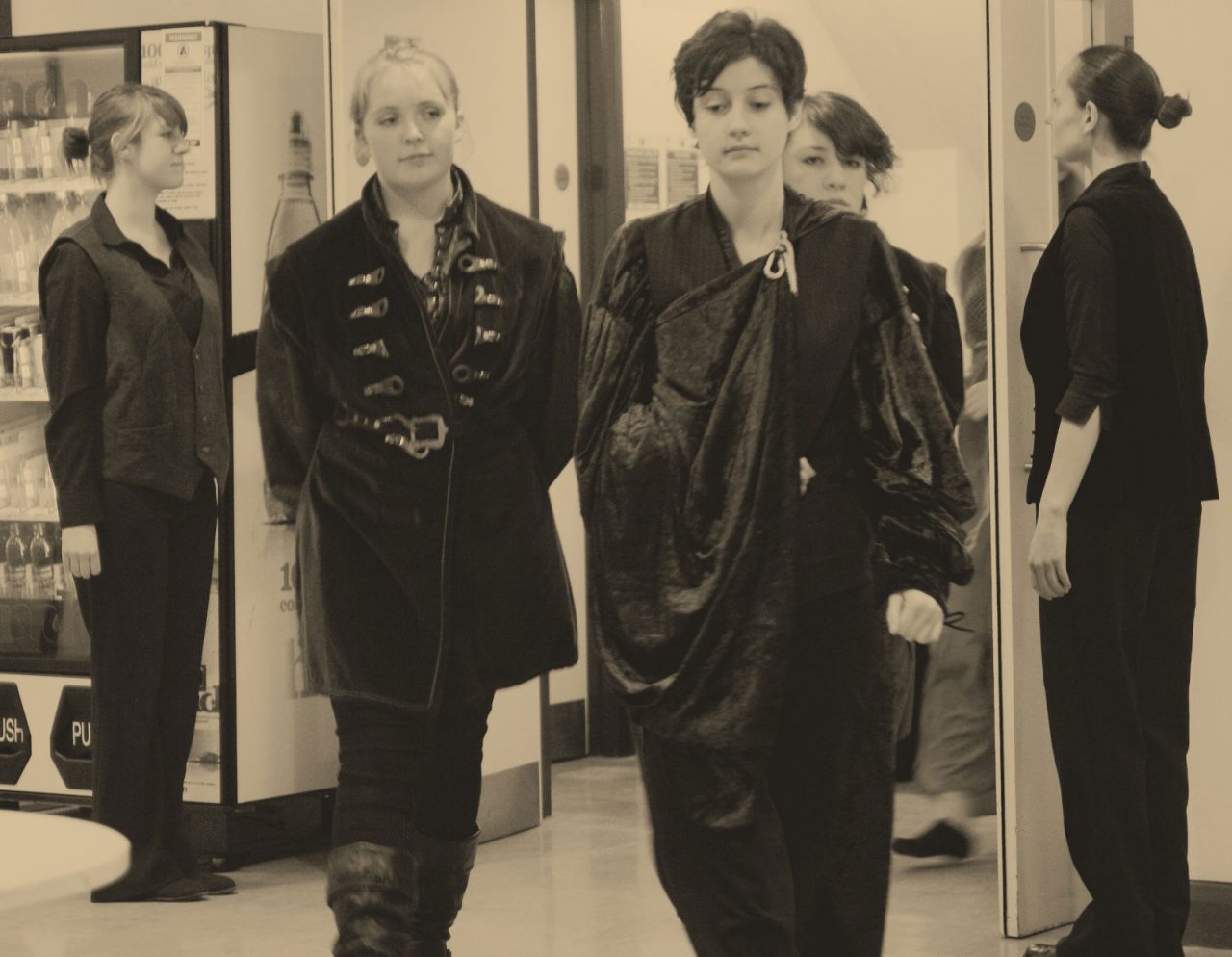 If you happened to be passing JP Hall on the 24th, 25th or 27th of November, and saw Roman soldiers, noble ladies and gentlemen with daggers running around, fear not! Following their enormously ambitious – and successful – 48 hour play project, the first full production by the Bangor English Drama Society (BEDS, to those in the know) of the new academic year took place. And what better way to kick off a new semester of theatre than with one of Shakespeare’s Roman histories, Julius Caesar.

Julius Caesar is all about politics; it portrays the conspiracy against the Roman ruler Caesar which eventually leads to his assassination, and explores how both his traitors and allies deal with the aftermath. Despite being the title character, Caesar is not the play’s central character. Instead, this history deals with Brutus, the chief conspirator, and explores his struggles with honour, duty and friendship.

This production had three directors leading the way: Joshua Pink, Jodie Williams and Christopher Davies. The directors’ choices for the staging was very effective, especially with the enactment of the first scene: this took place in the reception of JP Hall while the audience waited to enter the theatre, the actors playing the citizens intertwined throughout the audience members during Mark Anthony’s solemn speech. This technique was very effective in allowing the audience to feel more involved with the scene, and therefore allowed the audience to gain a deeper connection to the plot. 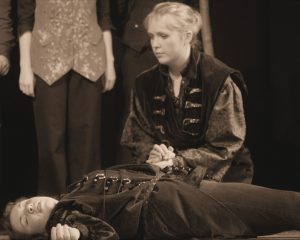 The cast of this play was very strong, and the directors decision to cast numerous actors of the opposite gender to their characters did not hinder the play in any way. Furthermore, it was extremely encouraging to see so many first years taking some of the main roles, showing that BEDS definitely will not be running out of talent any time soon! Leila Gwynne gave a brilliant performance of the conflicted Brutus, and Callum Lewis played the cunning and persuasive Cassius very convincingly; these two actors had great chemistry in their scenes together. Imogen Rowe also portrayed Mark Anthony with great subtlety and emotion, and performed the famous ‘Friends, Romans, Countrymen’ speech fantastically. Lauren Court-Dobson gave a compelling performance as Caesar and the rest of the ensemble were equally as enjoyable to watch. The atmosphere was palpable, and the intensity and tension of the play was tremendously powerful, especially in scenes such as Caesar’s assassination, which features the famous line “Et tu, Brute?” Overall, the BEDS performance of Julius Caesar was a great production. The superb acting of the cast really brought the play to life, and the excellent staging and direction developed the audience’s physical and emotional involvement in the production.

For those of you who enjoy a bit of theatre, I cannot think of a better night out, and for only £5 entry, you really have no excuse! The next BEDS project will be the original production Our Father in January, and following that will be an adaptation of Sherlock Holmes 221b Baker Street in February.

I had a thoroughly enjoyable evening watching Julius Caesar, and I look forward with great anticipation to their next production!