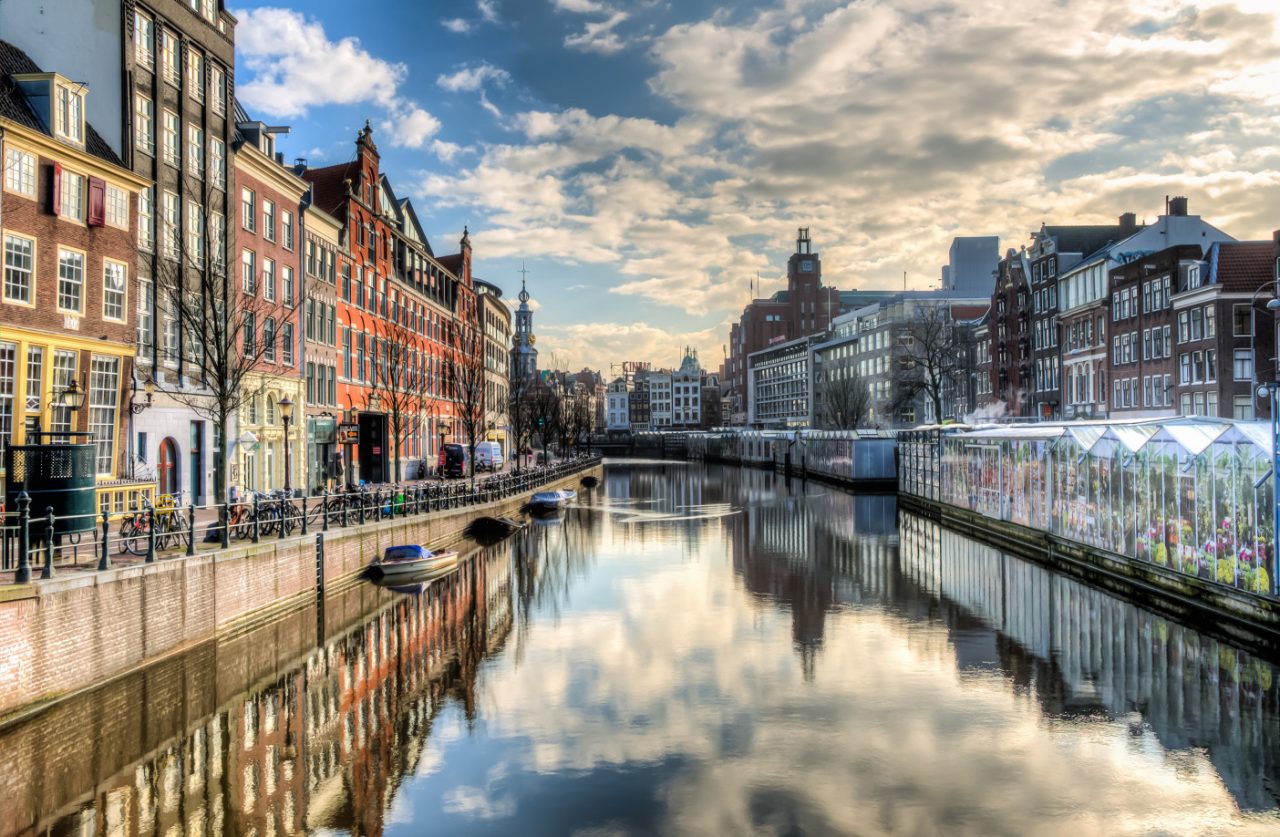 This month’s country is the Netherlands. It is in Western Europe and borders Germany to the east, Belgium to the South and the North Sea to the Northwest. It also has a number of overseas territories in the Caribbean, located in the Lesser Antilles archipelago. Its capital is Amsterdam but the seat of the government and supreme court is The Hague. The population is currently 17.4 million living within 41,800 square km, making it the 12th most densely populated country in the world. The Netherlands is known for being very tolerant towards LGBT+ people due to its various legislation’s, but also due to its population’s general attitude towards the community with 91% of people declaring in an EU member poll in 2015 that they supported same-sex marriage.

Here are 10 interesting facts about the Netherlands: 1. It has achieved the goal of officially becoming the first country without stray dogs. 2. They have the oldest national anthem (Wilhelmus van Nassaouwe) in the world with the words and music dating back to the 16th Century. 3. They produce around 6 million souvenir clogs a year. 4. Due to the fact that 17% of their land is below sea level and 50% is only 1 metre above, it is no surprise that one of their provinces, Flevoland, was reclaimed entirely from the Zuiderzee during the 1950-60s and became a province in 1986. 5. There is a motorway (Afsluitdijk) 7.25 metres above sea level and 20 miles in length, connecting the provinces of Noord Holland and Friesland which also acts as a dam that cuts off the North Sea, which led to the reclamation of land to form Flevoland and protects the land from flooding. 6. The Dutch eat the most liquorice in the world with 32 million kilos being consumed each year (according to Expatica). 7. Orange carrots were first produced in the country in the 16th century. 8. CDs, DVDs and Blu Ray were all invented in the Netherlands by the Dutch company Phillips who are based in Eindhoven. 9. Jenever, which is what we now know as gin, was invented in the 16th century in the country for medicinal purposes. However, these two drinks are very different nowadays. 10. At only 1%, the Dutch have the lowest level of lactose intolerance in the world (correct as of 2017).

I asked some of my Dutch friends where you should visit in the Netherlands so here is what they said: 1) ‘Visit the Efteling. The Efteling is in Kaatsheuval, in the province of Noord Brabant. It is a theme park in which the attractions are based on fairy tales and everything is connected to fairy tales, even the rubbish bins! Also, It is one of the oldest theme parks in the world. 2) There’s also the village of Giethoorn which is mainly made up entirely of canals, so it’s sometimes referred to as the Venice of the Netherlands’ – Daniël. 3) ‘I like to go walking around Schipol (the airport in Amsterdam) because they have a deck where you can watch the planes and they also have an area called the ‘spotter-splekken’ where you can get close to the planes and take pictures. 4) Volendam is also a great place to go although it’s full of tourists. It’s a typical Dutch place (it has old fishing boats and some people still wear traditional clothing)’. – Jenita. 5) From my personal experience, if you are going to the Netherlands for the first time you should visit (if you can) the Rijksmuseum, Van Gogh museum and Anne Frank’s house they’re all really interesting places to go.

If you want to know a bit more about the Netherlands and its culture you could listen to some Dutch musicians (Duncan Laurence, Suzan & Freek, Nielson, Ilse DeLange, Douwe Bob), or watch Wie Is De Mol on YouTube or just have a search on the internet!