The White Rhinos of British Columbia 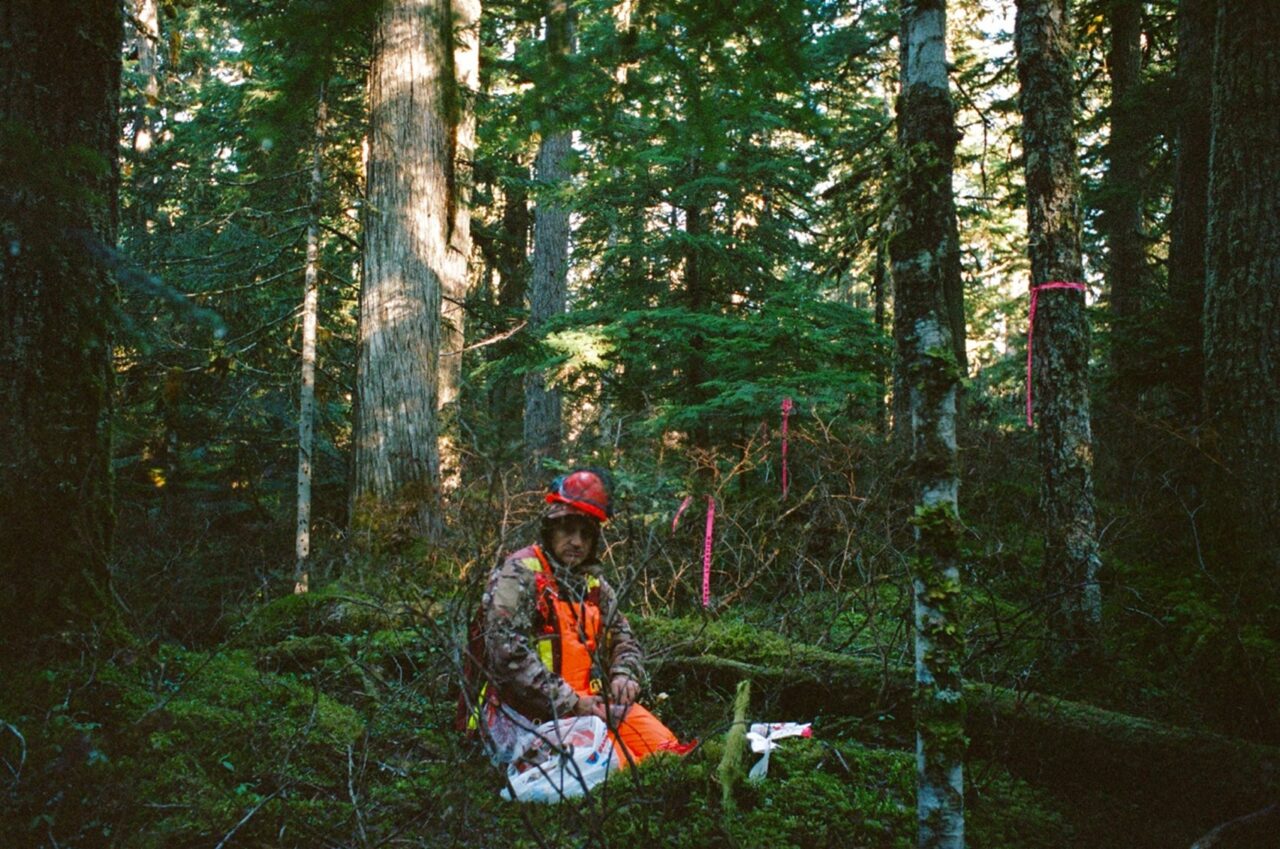 In 2020, images presented by the Ancient Forest Alliance (AFA), an old-growth forest conservation organisation based out of Vancouver Island, Canada, swept across the world’s media, generating international coverage in outlets including The Guardian and The Times Colonist.

Images such as these are reminiscent of black and white shots, from the early Colonialist era, when loggers and their families triumphantly stood atop enormous logs, enjoying their sport of felling some of the planet’s largest trees.

Aside from their beauty, old growth forests play a vital role in carbon storage and provide key habitats for endangered species, helping combat both the climate and biodiversity crises. So, viewing these images you wouldn’t be alone in asking: ‘Who is doing this? How are they able to? And why?’

As an aspiring forester and keen ecologist, naïve of these controversies, in late 2018 I travelled to Vancouver Island and took up work as a forest surveyor, otherwise known as a timber cruiser. Timber cruisers are the initial explorers in forest operations, pushing into virgin forest from the existing roads, ‘flagging’ tape around block boundaries and potential roadways, setting the stage for road builders and chainsaw operators, or ‘fallers’, to come in and extract the trees.

On my second day, my boss turned to me and said “you’ll like where we’re headed to today, Jack. It’s an old-growth block”. After battling through the bushy, dense, Christmas tree like second growth forest of the previous day, I welcomed the news. However, within minutes of entering the forest, a lead weight had formed in my belly, and I felt a growing sense of dismay and confusion. This forest was not the uniform, commercial forests I had witnessed the day before. Instead, gargantuan cedars, the like of which I had never seen, rose like the columns of the Sagrada Familia. The high roof gave way to a complex understory of blueberry bushes, ferns and deep moss that gave the ground a sponge like quality. Game trails snaked through this complex web of life. Observing my awe, my employer commented, “bet you don’t have trees like this back home, would you like a picture to send your family?” Embarrassed, I stood beside the nearby cedar and forced a grim smile.

I had entered an industry that represents the backbone of the British Columbian economy, generating $12 billion GDP every year and supplying 145,000 jobs. However, in recent decades, the sector has gone into decline, with mill closures and an estimated 32,000 provincial jobs lost between 2003-2016. With the finger being pointed at low timber prices, wage strikes, decreased demand from international markets and increased government fees. On Vancouver Island, between 2012-2017, 47.7% of the trees were harvested from old growth areas. Advocates claim that a ban on old-growth logging would be a final nail in the sector’s coffin, resulting in severe economic and social deterioration of forest dependent communities.

Reacting to public outcry regarding the continued logging of old growth, the Provincial government appointed a task force to document the condition of British Columbia’s forests. They found that despite there being 13.2 million hectares of old forest left in the province, only 3% supports large trees, with the majority being small trees in forests of low productivity. Furthermore, only 3% of British Columbia  land mass is able to grow large trees, of these sites, logging pressures have reduced the proportion of old forest to 2.7%. These figures reduce the areas in British Columbia with big trees to 0.081%, making these ecosystems “the white rhino of old growth forests”.

The report’s message was clear: “Immediately place a moratorium on logging in ecosystems and landscapes with very little old forest”.

In response to these influential publications, the provincial government suspended logging in 9 areas, totalling 352,739 hectares of forest. The initial actions also included protecting up to 1,500 of the largest trees in the province, adding to the 2019 “big tree registry”.

However, environmental groups describe the big tree protection as a “drop in the bucket”, compared to the number of trees harvested in the province every day. They argue that the announcement won’t actually slow down logging, as parts of the deferred land are already under some form of protection or are non-forested areas, such as swamps. Critics believe that the high-risk areas, including northern boreal forest and inland rainforest, are severely underrepresented in reality.

Groups like the AFA are calling for the full implementation of the 14 recommendations from the strategic review, with whole ecosystem protection, without which, business as usual will “liquidate the remaining endangered old-growth”. At what point will we start to recognise that the true value of these ecosystems may not be in the timber, but in their ecological services and cultural significance?. When will we decide it is time to save British Columbia’s remaining unprotected white rhinos?