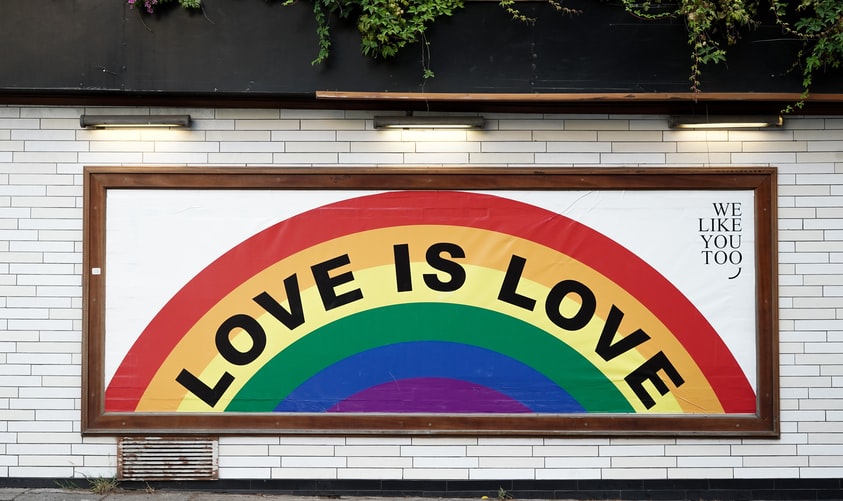 Television has and continues to be an important part of our lives, representing our society in as deep and meaningful a way as possible. If you were to put a mirror between them, however, this could only really be true in the last two decades. Previously, there was an absence of LGBTQ+ characters represented on screen, as the topic of these relations was frowned upon and skirted over. Thankfully, now more people recognise these themes and issues as an integral part of our society, and there is more diverse queer content than ever before. In 2019, I visited my first ever pride festival in Manchester – fifty years after the 1969 Stonewall Riots in New York. Ahead of Pride Month this June, I’d like to celebrate some great and important shows that I feel deserve to be watched and have a special place in my heart writing as TV editor for Seren.

First on our list is the ground-breaking series from Russell T Davies that put Canal Street on the map, shocking audiences back in 1999 with its controversial subject matter. Set around the Manchester scene, it begins when two childhood friends (Craig Kelly and Aidan Gillen) whose lives are changed forever when they meet teenager Nathan (Charlie Hunman). Witty, scathing, and satirical, with a classic nineties soundtrack, this is a must watch for those who loved It’s a Sin and Davies’ other work. Without the success of this show, we may never have been given the revival that was Doctor Who as it is now! The US quickly snapped up their own version of Queer as Folk, and news has been released that another reboot is coming soon.

Another provocative drama that shook up the watershed hour at the time of broadcast was the award-winning Tipping the Velvet, adapted by Andrew Davies (Pride and Prejudice, War and Peace) from Sarah Waters’ debut novel. Saucy, funny, and daring for its time, it tells the story of a disillusioned oyster girl, Nancy (Rachael Stirling), who falls head over heels in love with male impersonator Kitty Butler (Keeley Hawes). Following heartbreak, she must learn life the hard way as she uncovers some of the seedier realities of 1890s Victorian Britain in her quest for true happiness.

As if Russell T Davies wasn’t influential enough with bringing queer stories to mainstream TV, it’s well worth watching this political biopic based on the Jeremy Thorpe scandal of 1979. The MP, played with marvellous precision by an older Hugh Grant, enters an affair with the flamboyant Norman (Ben Whishaw) but gets more than he bargained for when it comes back to haunt him years later. Darkly comic and bitingly satiric, this mini-series spans two decades where the legalisation of homosexuality and LGBT rights were still shockingly recent.

This short film, released as part of the Iris Film Festival funded by All 4, is not as comedic as the others featured on this list, but just as uplifting. My personal favourite out of the fifteen released last October, it looks at the untold and invisible love story between two wives in WWII, and how their relationship can survive the test of time apart. Miriam Margolyes and Virginia McKenna make a heart-rending appearance in this tear-jerking portrayal of a queer romance.