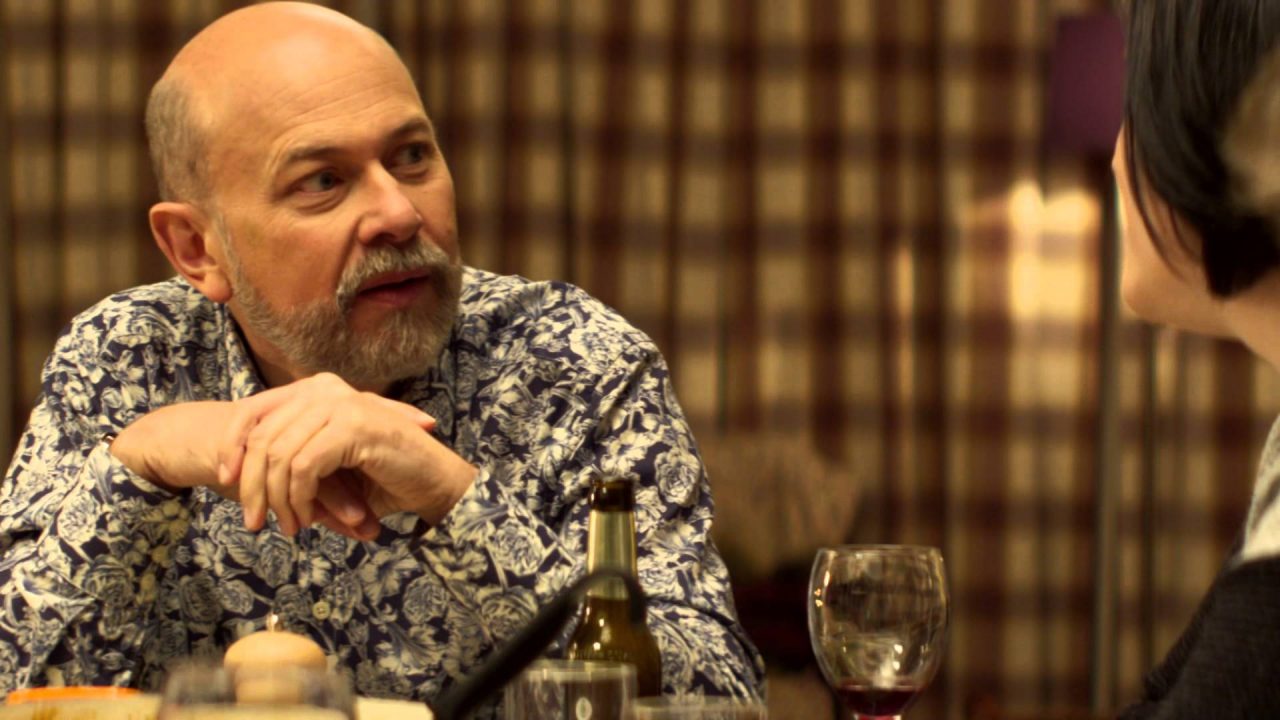 For this month’s Seren, we have decided to explore the topic of sex. With that in mind, we thought that there would be no one better to interview than the lead actor from the recent Channel 4 show, Cucumber. Vincent Franklin, who plays Henry Best, very kindly agreed to answer Seren’s questions.

How would you describe Cucumber for those who have yet to see it?

Cucumber is a brutally honest, often hilarious, sometimes heartbreaking show about sex. It explores our desire for, need for, hope for and fear of – sex. At its heart is Henry, a man driven by a desire for one more cock, but a man who has never had cock. This dreadful mix of fear and desire destroys his world and forces him to rebuild it from the bottom up (no more mention of ‘bottoms’, sorry).

Tell me about Henry Best.

Henry is brilliant – don’t let anyone use logic and reasonableness to convince you otherwise. Henry is a true hero – unhappy with his world. Unlike most of us, he sets out to change it and learns loads about himself along the way – like all journeys, he hopes that it will eventually bring him home.

Henry says the things most of us think but daren’t say. And he’s no hypocrite – in that first episode he’s as rude to his friends’ faces as he is behind their back.

He’s reached that point in middle aged (you terrible young people will be there one day, but I’ll be dead by then so I won’t be able to say “I told you so”) when the stakes are really high – you haven’t got loads of time and lots of chances to get it right any more. He’s comfortable, he has a nice house and a lovely life, and most of us use these comforts to tame ourselves, to stop ourselves being reckless and going for the big rise. But Henry’s better than us. He may damage a lot of people along the way, but he sets out on a mission that most of us are too scared to go on except by watching someone like Henry on a TV show.

Did you enjoy your time in the role of Henry Best?

Playing Henry best was the most amazing 5 months of my life. Russell’s scripts were extraordinary, the cast were amazing, we had fabulous directors, great support from Channel 4 and Red Production. And we were in Manchester, the coolest city in England after Bradford. It was long days, long weeks, and some fairly heart-wrenching scenes to shoot, but I’ve been waiting twenty five years for a part like this and I loved every minute of it.

This was your first lead role in a TV drama. Was it a daunting experience?

Yes. Terrifying. And Exhilarating. I’ve been doing this for a long time, but bald men with weak chins don’t usually get to stand in the middle of a TV drama. But after the first few days the phrases ‘turning over’ and ‘action’ slowly become less terrifying and you just concentrate on giving it everything you’ve got.

As a heterosexual, was there added pressure of portraying an accurate representation of a homosexual man?

God, what’s an accurate representation of a homosexual man? I just played Henry Best. It was all there on the page. I’ve just finished playing a nineteenth century fop called Christopher Drawlight in a TV show about magic called Jonathan Strange and Mr Norrell – acting’s all about being people you’re not. That’s the fun. You just have to be honest and truthful. And I have to say, while I was nervous about what the gay community would say, particularly gay friends and colleagues, no one seems to have batted much of an eyelid at a straight man in a gay role. There have been a few comments, but not many.

TV shows such as Queer as Folk contributed a lot to the gay community. Do you believe Cucumber, Banana and Tofu can have the same effect?

I don’t know what these shows will contribute to the gay community. I do know that lots of people were complaining about the lack of middle-aged gay characters on TV and we’ve certainly put that right.

What was it like working with Russell T Davies?

Russell is a genius. But not one of those awkward, introverted, ‘well he’s obviously a genius’, type geniuses. He’s a big, friendly, funny man but with a brain the size of a space hopper – and just as bouncy. As soon as my agent said she’d been sent a script by Russell T Davies, I was very excited. He’s been a show-runner in the past, which means he oversees pretty much everything moment by moment. He wasn’t the showrunner on this but he still watched the rushed every night and made sure that everything was what he wanted – cos this was his show, his idea, it’s not a slot filler series! The next morning he’d send you fantastically enthusiastic little texts. If one day you didn’t get one, it was really disappointing.

I understand that Russell believes that there should be more male nudity on TV. How do you feel?

I don’t care how much nudity there is on TV as long as it’s not me – nobody wants to see that! I think I may have been the only person on Cucumber with a ‘no nudity’ clause – they insisted!

Tofu encourages people to be a lot more open when discussing sex. To what extent do you share this sentiment?

I think you should definitely discuss sex with people you want to have sex with. That may sound obvious, but I think lots of people aren’t honest with their partner – that’s certainly Henry’s problem. I’m not so keen on telling strangers on the internet about my sex life. When Benjamin interviewed Rufus Hound and me for Tofu, it was three in the morning and we were sitting outside a burger bar waiting to film. We just tried to make each other giggle.

They’re used frequently in Cucumber, but what do you think of hook-up apps like Tinder and Grindr?

I’m not sure about these apps. As the fat ugly one, when I was a young I wouldn’t have done well from an app that basically focuses on how you look. But I do think it’s great that technology mean people don’t have to be alone. Young people coming out in the past could feel isolated and scared. Today, they’re only a click away from finding someone who’s going through what they’re going through.

Would you agree that Cucumber comments on sex and relationships in general rather than specifically in the LGBT community?

Absolutely. Cucumber explores sex and relationships through gay characters. But desire, fear, love, betrayal, compromise… are universal. You don’t have to be a member of the Danish Royal family to relate to Hamlet.

Did you, or any of the other actors, find the sex scenes embarrassing?

I can’t answer for other actors, but I didn’t find the sex scenes embarrassing. You just have to get on with it. I think it may be embarrassing for the crew, having to watch men in their late forties fumbling under a duvet.

You’ve had some critics in the early stages of your career. How does it feel to prove them wrong?

Have I? Are you talking about the tutor at drama school who said I was balding, overweight, with a weak chin and a flabby lower lip – so I could play the one in war movies who doesn’t come back, because the audience wouldn’t care. He wasn’t a critic, he was just a bad tutor!

Other than that, the only critic that’s upset me was the one who said I was “possibly the loudest actor in England”. What did he mean “possibly”?

And finally, what advice would you give to aspiring actors looking to break into the industry?

I don’t feel qualified to advise anyone on how to “break into” the industry. I think I sneaked in. I’ve been at it for twenty five years and I still think that whatever job I’ve just finished will be the last work I ever get. I think you have to try and work with people who are better than you and learn all the time. Try and do as much different work as possible and develop a thick skin.