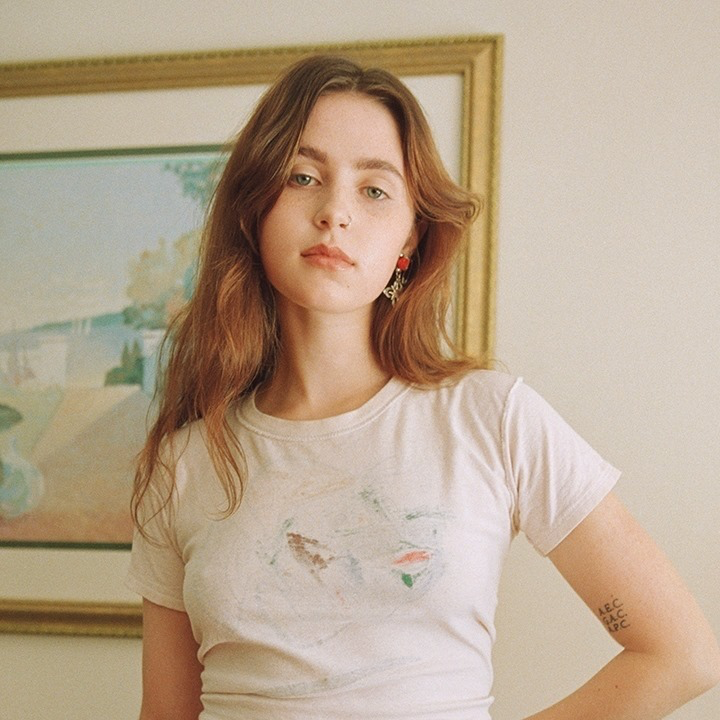 Claire Cottrill (better known as Clairo) is a 24-year-old singer-songwriter from Atlanta, Georgia. Her rise to fame began in 2017, as her songs Flaming Hot Cheetos and Pretty Girl started to gain popularity online on platforms such as Youtube and SoundCloud. Her debut album Immunity was released in 2019 by Fader Label: with its dreamy bedroom pop vibe and soft rock style, the album boasts catchy lyrics and hit singles such as Bags and Sofia. Her sophomore studio album Sling was released in 2021, produced by Jack Antonoff and recorded in the iconic Electric Lady Studios in New York. With a completely different sound from Cottrill’s earlier music, Sling leans more in the direction of folk rock, with heavier, more mature lyrics.

When Clairo announced her 2022 UK and European Sling tour, it wasn’t long until tickets sold out. After initially meant to be starting in January 2022, the tour was rescheduled to September-October due to covid concerns. The long-anticipated tour began on September 19th in the Olympia Theatre in Dublin, with the closing show in the O2 Academy Brixton in London on October 4th.

I had the pleasure of attending the Manchester date on the 3rd of October in Academy One, a 2,600-capacity venue in the bustling student area of Manchester. After arriving at the venue at around 10:30 am, I was number 8 in line. The day waiting in line passed quickly, chatting with friends and taking the occasional trip to the closest Mcdonald’s. As the show the night before mine was cancelled due to illness, we were unsure if it would even go ahead – until we received confirmation from Clairo herself when she posted a selfie on her Instagram story letting us know she would be playing, with the additional caption of “I’m alive!”.

When it was time for the doors to open, around 50 people with VIP tickets were let in first, so I ended up around four rows back, but I still had a great view and was very close to the stage. The support act, Japanese-Canadian artist Jonah Yano, came on at around 8 pm and he and his band played some songs from his debut album souvenir, released in 2020. His vulnerable, hard-hitting lyrics explore themes of identity and family. Yano’s onstage presence was calming and laid back, and when speaking to the audience he came across as very down-to-earth and sweet, humbly thanking all the fans who were shouting happy birthday wishes at him. He laughed, asking “How did you know it was my birthday?”

The stage, decorated with a beautiful oriental rug and large sculpture lights which gave off a soft warm glow, felt cosy and intimate. When Clairo walked on stage, dressed casually cool in a blazer, blue jeans and black loafers, the audience went wild. She started her set with the song Bambi, the incredible opening track of Sling, which is about her relationship with the music industry, and the struggles of being an artist who does not always feel in control. Cottrill played nearly the entirety of Sling, as well as some fan favourites from Immunity, and even some of her older songs such as 4EVER and Pretty Girl. Sipping on a glass of red wine throughout the show and dancing around the stage, she seemed relaxed and comfortable, and like she was having just as much fun as the audience. Cottrill’s six-piece band beautifully enhanced her soft, sweet-sounding voice, as well as her own incredible acoustic and bass playing.

Some personal highlights of the night included Cottrill playing Bags, a song about young queer love, and wanting to tell your crush how badly you want them. It seemed like everybody in the audience knew all the words, as Cottrill encouraged us to dance and “sing like you mean it!” During one of the sadder songs on the setlist, Alewife, fans held up signs to the singer reading ‘we are so proud of you Clairo.’ At seeing the signs, Cottrill was moved to tears, and it is easy to tell that the love Cottrill’s fans for her does not go unnoticed, or unappreciated. When it came to the last song of the night, Sofia, Cottrill grabbed her film camera and ran across the stage, stopping to snap photos of the audience smiling back at her.

The night at the Academy was truly unforgettable, full of jumping to our favourite songs, singing our hearts out, and holding our friends whilst we cried. Claire Cottrill is a true talent, and I cannot wait to continue seeing where her future in music leads next.