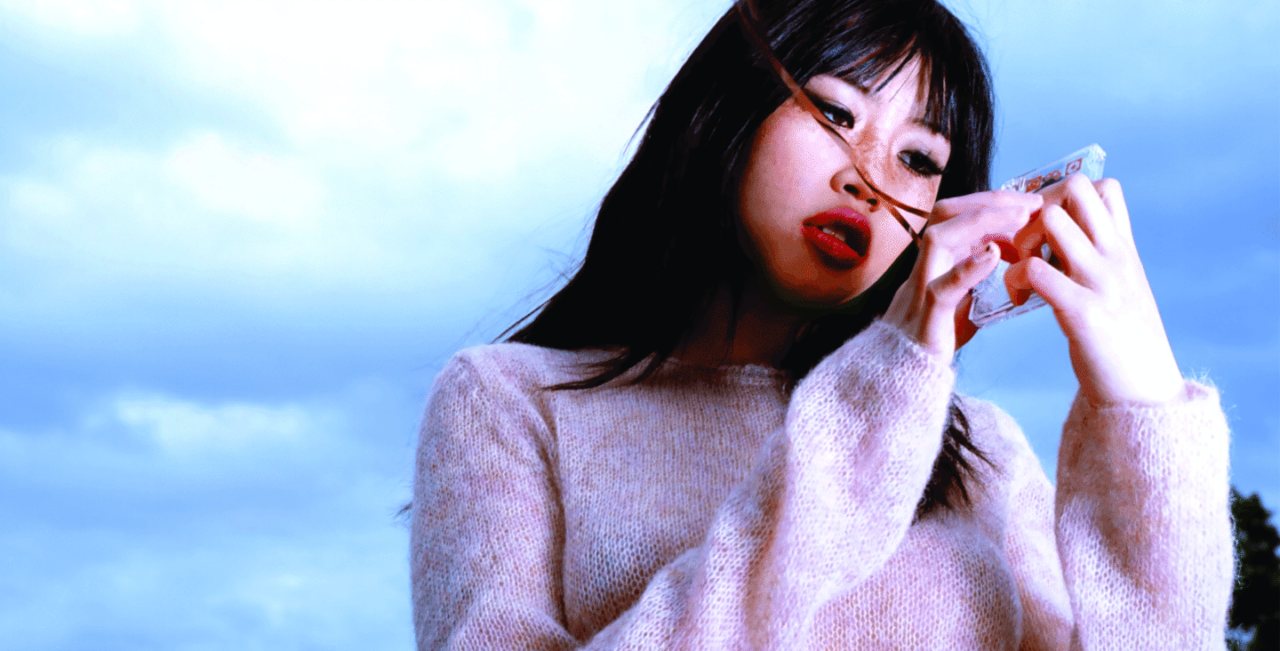 Beabadoobee (real name Bea Kristi) is a 22-year-old Filipino-British singer-songwriter. Born in Iloilo City in the Philippines, she moved with her parents to London at the age of 3. She began teaching herself how to play the guitar at the age of 17, writing her first song, Coffee. After uploading Coffee to Youtube in 2017, the song blew up and gained the attention of Dirty Hit Records, a label that boasts artists such as The 1975, Pale Waves, and Wolf Alice. After signing with Dirty Hit in 2018, she soon released her first EP Lice, and has been on the up ever since. Kristi quickly gained fans, supporting artists such as Clairo and The 1975 on tour .

On the 15th of July 2022, Kristi’s sophomore album Beatopia was released. Taking inspiration from her own childhood dreamworld, it has a dreamy, brighter sound than her first album, Fake It Flowers. The UK & IE Beatopia Tour 2022 began in Dublin’s Olympia Theatre on the 4th of October, ending in London’s O2 Brixton Academy on October 19th. I attended the Manchester show on the 13th of October in Manchester Academy One, the largest capacity venue out of all four Academy venues.

After hopping on an early morning train from Bangor, I arrived at the venue at around 10:15 am and was number 4 in line. I spent the day waiting in line with my friends, where we made bracelets, shared snacks and played fetch with a very friendly dog. At 1:30, Kristi walked past us to get into the venue, sweetly waving and greeting fans as she went past. I was lucky enough to then meet her when she was standing outside her tour bus, and she was just as lovely as I thought she would be. After taking some pictures together, she walked back to her bus saying “see you later!”.

When doors opened at 7pm, the sold-out venue quickly filled up with around 2,600 fans anxiously waiting for the show to start. The support act for this show was American indie rock band Pretty Sick, a four-piece band also signed with Dirty Hit. They played an incredible half an hour’s set made up of some of their most popular hits including Dumb, Superstar and Undress. They gave an energy-filled performance, with a punk, grunge-rock style – their music had the whole audience nodding their heads. Their latest album Makes Me Sick Makes Me Smile has just been released, taking inspiration from iconic 90s artists such as Nirvana and Smashing Pumpkins. It has some really strong lyrics and tackles some heavy themes such as abusive relationships and substance abuse.

When it was finally time for Beabadoobee to come on stage, the atmosphere was electric as the opening track of Beatopia, Beatopia Cultsong, started to play. The crowd stood waiting in anticipation for Kristi to walk on stage as the words “Is it me, or recently time is moving slowly?” repeated over and over through the speakers. Kristi started the setlist with the song 10:36, a song about feeling the need to sleep next to someone even if you don’t necessarily love them. She then instructed everyone to crouch down on the floor, so that when the chorus began we could all jump up and dance at the same time. She then played a fan favourite, Apple Cider, from one of her earlier EP’s Loveworm. The setlist was compiled from a great range of Kristi’s discography, with songs from her latest album to tracks from her 2021 EP, Our Extended Play. Kristi’s performance was full of energetic bass playing, dancing around the stage, and taking the time to interact with fans, even taking one person’s phone during the song Last Day On Earth and recording herself and her bandmates before throwing their phone back to them.      Beabadoobee finished her magical set with an encore including the songs Coffee, Ripples, and Cologne. The night displayed her best tracks, pleasing both fans who have been around for years and fans who recently welcomed themselves to Beatopia. Kristi does not seem to be able to create a bad song, and I’m excited to see what catchy, vocal-rich songs she puts out next.