Do singers need English lyrics to be successful? 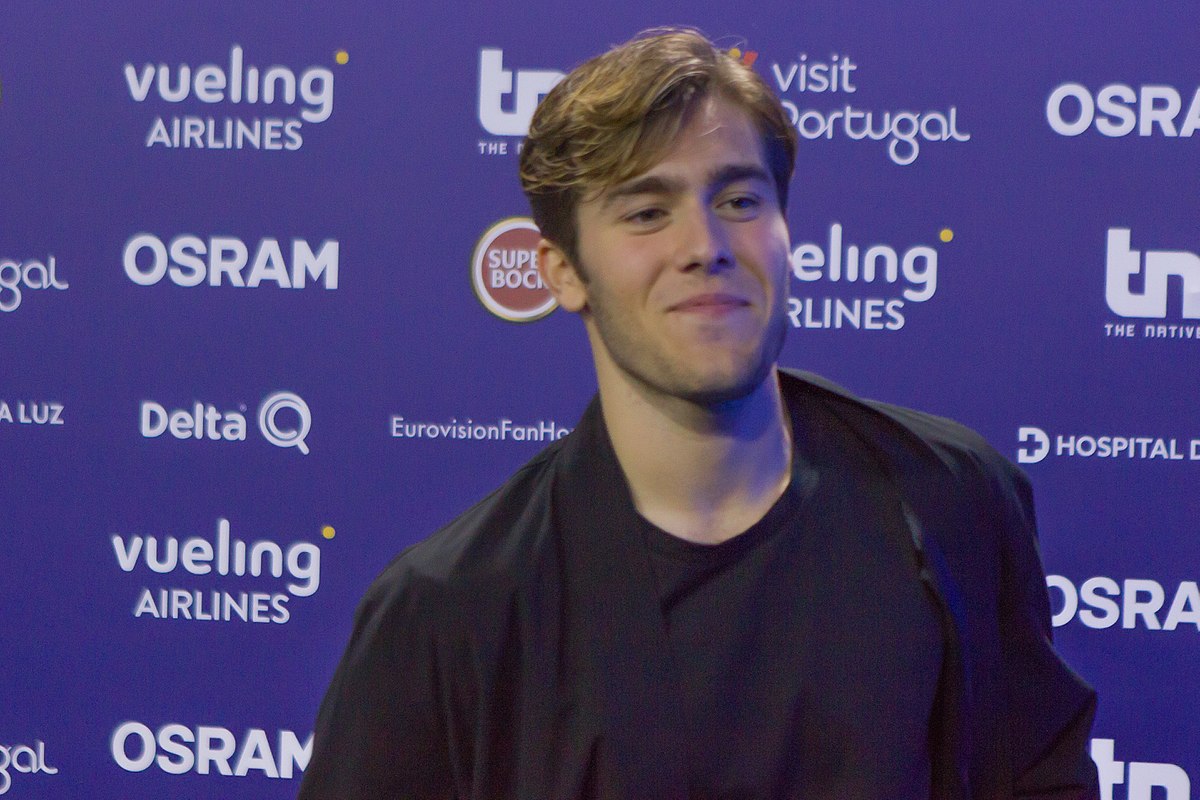 As International editor, I like to keep up with everything that is going on in the world around me especially in Europe partly because as you have seen in several articles I am trying to learn a few European languages but also I like to see what differs here to that of our neighbours in mainland Europe. One of the things that I like to do to help me learn is to follow trends in music in Europe and listen to music in different languages and I have noticed an interesting trend that has been occurring recently, I have been discovering more and more artists who are abandoning English as the language of their lyrics and instead writing in their native languages. Some countries have almost always done this in recent times like in France, Italy and Spain but in countries that are known for their high levels of English proficiency like the Scandinavian and the low countries, they are increasingly writing songs in their languages. This may be for several reasons: they may feel like they can express themselves better in their native language, it may be to gain more fans in their home country rather than abroad, it may be that the lyrics written in their language fit the melody of the song better etc.

You may ask: don’t you need to write a song in English to be successful? Nowadays it seems that is less of a requirement when increasing numbers of songs feature Spanish in them or in some instances French with the rise of the Belgian singer Angèle who has just released a collaboration with Dua Lipa. Also, we have to consider the rise of BTS into the charts over here with their initial songs not featuring much English. It seems that the song just has to sound good and get radio play to become popular. I decided to explore this and discover how this has come to occur and if you do need a song in English to become popular worldwide.

Non-English language songs and artists have been played on the radio around Europe as far back as the 50s and 60s with the songs of Charles Aznavour and Edith Piaf becoming incredibly popular, (not to also mention Domenico Modugno’s song Volare in 1958 for which he won both the Grammy for Song and Record of the Year) crossing borders as they still do today. Then we have in the 80s hits by the German singer Nena singing 99 luftballoons (although having to translate her famous hit for it to reach wider acclaim and land her a spot on Top of the Pops). In the 90s and up to the present day we have hits like Dragostea Din Tei, The Ketchup Song, Gangnam Style and Despascito.

However, the problem with this is, is that (as phrased in a Guardian article from August this year) these tracks are seen as a novelty, a one-off if you will, and many foreign artists gain their success by being featured on a much more well-known artists track. Take BTS, they first appeared in the UK charts in September 2017 with their song DNA which was entirely sung in Korean and hence only reached 90th place in the charts. However, when they collaborated with a much more famous artist like Halsey on ‘Boy with Luv’ it reached number 13 and spent ten weeks on the chart in 2019. Now they have released their song ‘Dynamite’ it has reached a peak position of 3rd and has been in the charts for 11 weeks so far since it was released in September. In total it has taken BTS 3 years to finally have a track that is theirs reach the top of the charts. The only catch? It’s solely in English. According to statistics from Billboard, the American chart company in the Billboard Hot 100’s 59-year history and out of the 4,763 songs that have reached the top 10 only 16 songs have not been in English (this may have changed as the study was done in 2017).

So, we have established that essentially your song needs to be in English to top the charts, but does this make it easier for artists from other countries that sing in English? Well, no. Let me give you an example of two singers who are famous in their home country but not so much abroad. Heard of Benjamin Ingrosso? Thought not. Heard of Zara Larsson? Of course, you have. The thing that they have in common? They’re friends and label mates. That’s right they are both signed to Universal Music Sweden. In Sweden, they have relatively the same amount of fame and this is not surprising considering that a study done in 2010/11 revealed that 38% of the music played on Swedish Radio came from Swedish artists. If you also look at the Top 50 songs streamed in Sweden on Spotify 25 out of the 50 songs are from Swedish artists (although that’s multiple songs sometimes by the same artists). That’s 50%. But if you go out of Sweden many people have heard of Zara Larsson and not of Benjamin Ingrosso. Well, it’s got to be because he sings in Swedish? Not quite. Both Benjamin and Zara sing in English (with the occasional song in Swedish although this is more common of Benjamin) so this should make them equal. Well again no.

One of the reasons why Zara is more famous than Benjamin despite basically having the same level of fame in Sweden (although Benjamin’s song’s have been charting higher than Zara’s in Sweden at the moment according to the Top 50) is because 1. Zara has been going 2 years longer in the industry 2. The number of collaborations Zara has been able to secure with more famous artists launched her to worldwide fame. Her song with MNEK in 2015 was met with worldwide acclaim and then she just kept collaborating with other artists like Tinie Tempah and Clean Bandit. Whereas Benjamin hasn’t collaborated with many big artists outside of Sweden except for the popular French DJ duo Offenbach, choosing instead to collaborate a lot of the time with his fellow Swede and friend Felix Sandman.

The other example is Loïc Nottet, the Belgian singer-songwriter/dancer. Belgians have done well in the charts in mainland Europe but not so much in the UK despite the singer Stromae gaining worldwide acclaim especially in the US where he sold out Madison Square Gardens. Loïc is probably one of the most unique and captivating artists that mainland Europe and Belgium have to offer, he’s an absolute sensation in France, Belgium and the Netherlands with Gold and Platinum-certified albums in France and Belgium. He’s even won Dancing with the Stars in France and got 4th place in Eurovision. His cover of Chandelier was even noticed by Sia. He sings nearly entirely in English (apart from 1 song released recently). So why is he not known very much in the UK and USA? Simply because his songs just haven’t been picked up by UK and US radio, therefore, he hasn’t had the airplay and he’s not pandering to the UK and US markets. I mean why would you when you are already so famous in your native and surrounding countries?

Simply put many artists know how hard it is to break into the UK and US charts and if you are happy enough with your level of fame in your home country and you have lots of fans there then there’s no reason to try to break through into those markets. And we’ve got to remember that in mainland Europe not everyone is good at English even if it’s a country with a high English proficiency rate. Acts like the German band JEREMIAS (who blend disco, funk and indie-pop into a perfect musical mixture) just do not write songs in English simply because despite Germany having such a good English proficiency rate the lead singer has said that he is not confident with English. So we have seen that many artists are happy with writing songs in their native language and becoming well known in their home country as opposed to trying to strive for worldwide fame and breakthrough into two of the most difficult music scenes of the UK and US which ultimately you need to do to become famous worldwide.