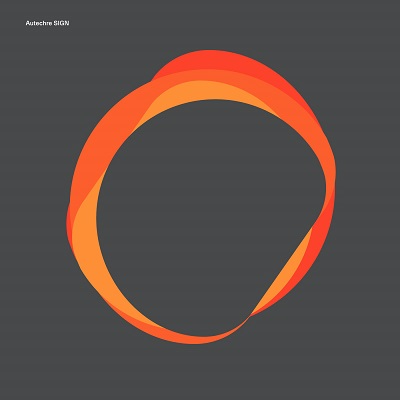 Emerging out of the synthpop and club culture of the 1980s, the 1990s saw a new era of electronic experimentation emerge. More systematic and cerebral than the scattered experimentation that preceded artists like Kraftwerk and Gary Numan, artists like Aphex Twin and Boards of Canada created meticulous artistic statements that inspired whole hosts of artists. This movement of, as many of the artists hated to be described, “Intelligent Dance Music” was seen at its most arty and strange in Manchester artist Autechre. Originally coming from the techno scene of the early 90s, the band have consistently created albums of tightly programmed and stark music. Just one look at the band’s artwork and song names is enough to describe what the music sounds like, abstract, mechanical and cold.

Their latest album ‘SIGN’ comes after a decade of music that is some of their most impenetrable, in the long and industrial-tinged NTS Sessions and the release of flowing live improvisations. SIGN is something of a return to a more accessible sound and album length. It certainly tones down the relentless but admittedly compelling inhumanity of much of their music. There is a strange warmth to parts of the music that attempts to hide the often-uncomfortable rhythms and textures rather than add to them. Songs like “esc desc” or “Metaz form8” return to more ambient sounds, minimal drum beats and less cluttered, complex melodies. The latter in particular has a thin, rasping synth drone that subtly writhes and modulates throughout, complemented with a couple of repetitive melodies sitting above it. It harks back to their second album “Amber”, an album that stands out for its beauty in their discography.

Other songs are a return to the Autechre of the late 90s, arguably their most successful period. “sch.mefd 2”, “F7” and “au14” imbue the driving beats of techno with a kind of clattering, alien atmosphere. It feels like an algorithm’s poor imitation of dance music, with the beats never quite resolving to a comfortable 4/4, and the synth melodies battling for supremacy with each other. There is something in the production and the filtering of the synthesisers, however, that makes it more welcoming than the more bleak “Tri Repetae”, an album which followed this style. However, there is one song, the opener “M4 Lema”, that eschews any of these more comfortable styles. Its lack of consistent rhythm and squirming, sometimes harsh, texture makes it more of a soundscape than a song, and opens the album in a way that is almost an attempt to incorporate listeners of their more recent music. As with almost all Autechre releases, its length can be an obstacle to listeners, but it does stand as an interesting introduction to a hugely original artists’ sizeable back catalogue. It also has a unique place within this back catalogue, a return to some of the minimalism of their earlier works with the experience of years of experimentation behind them.