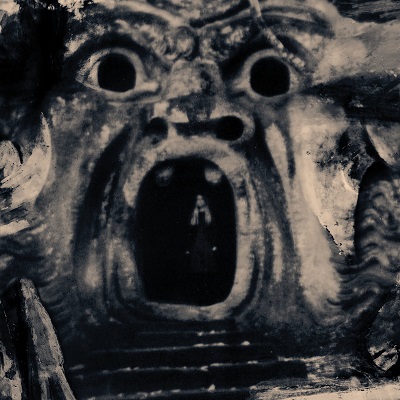 Coming out of the wave of dark and experimental music that has seen artists like Swans reborn in the 2010s and others like Daughters and Chelsea Wolfe rise to relative prominence, Anna von Hausswolff has been an intriguing outsider. Originally making records that took heavy cues from the 80s gothic rock of bands on the 4AD label, Hausswolff has since taken further steps towards the aforementioned experimentalism of Swans, whose last album she appeared on, with albums like the much-acclaimed “Dead Magic” of 2018. “Dead Magic” is much heavier and more manic, combining atmospherics with repetitive, grinding guitars and Hausswolff’s leering voice. In addition to this, her side project “Bada” also released a debut album of noisy droning experiments that certainly fits in with this style. Her new album, however, is an experiment in stripping down her sound. Featuring only an organ, “All Thoughts Fly” is an album of compositions of layered organ sounds.

From the opening track “Theatre of Nature”, which slowly crescendos from scattered droning notes into a shimmering, indistinct atmosphere, the album is a remarkable exhibition of the organ. At times there are ominous, deep drones such as in the opening of lead single Sacro Bosco, a deeply anxious and pensive track. At other moments piercing notes clatter together, creating an ethereal haze. So many of the tracks develop into this, and this is both the album’s biggest strength and weakness. The album’s peak, its title track, is a good example of this. Throughout, the layers of high organ pulsate in a way similar to minimalist classical composers like Steve Reich. By far the longest track on the album, it slowly expands, both repeating its melodies and subtly adjusting into a different phase of the song. At other times, this tends to become a shimmering mass, making the album a little predictable. The way songs like “Theatre of Nature” develop in this way is a particularly good example, seeming a little aimless.

Otherwise, tracks like “Persefone” and “Outside the Gate (for Bruna)” slowly move through melancholy melodies, with little layers added. They are the best expression of the album’s stripped-back approach and in the case of the latter track, closes out the album well. “All Thoughts Fly” is a radical departure from Anna von Hausswolff’s recent presence, taking away almost every aspect of the layered, fiery insanity of “Dead Magic” for a lonely instrumental release. Whilst it is certainly imperfect, it is also both a very unique and at times beautiful record. The gloomy anxiety of the gothic is captured at its most minimal and stark here.