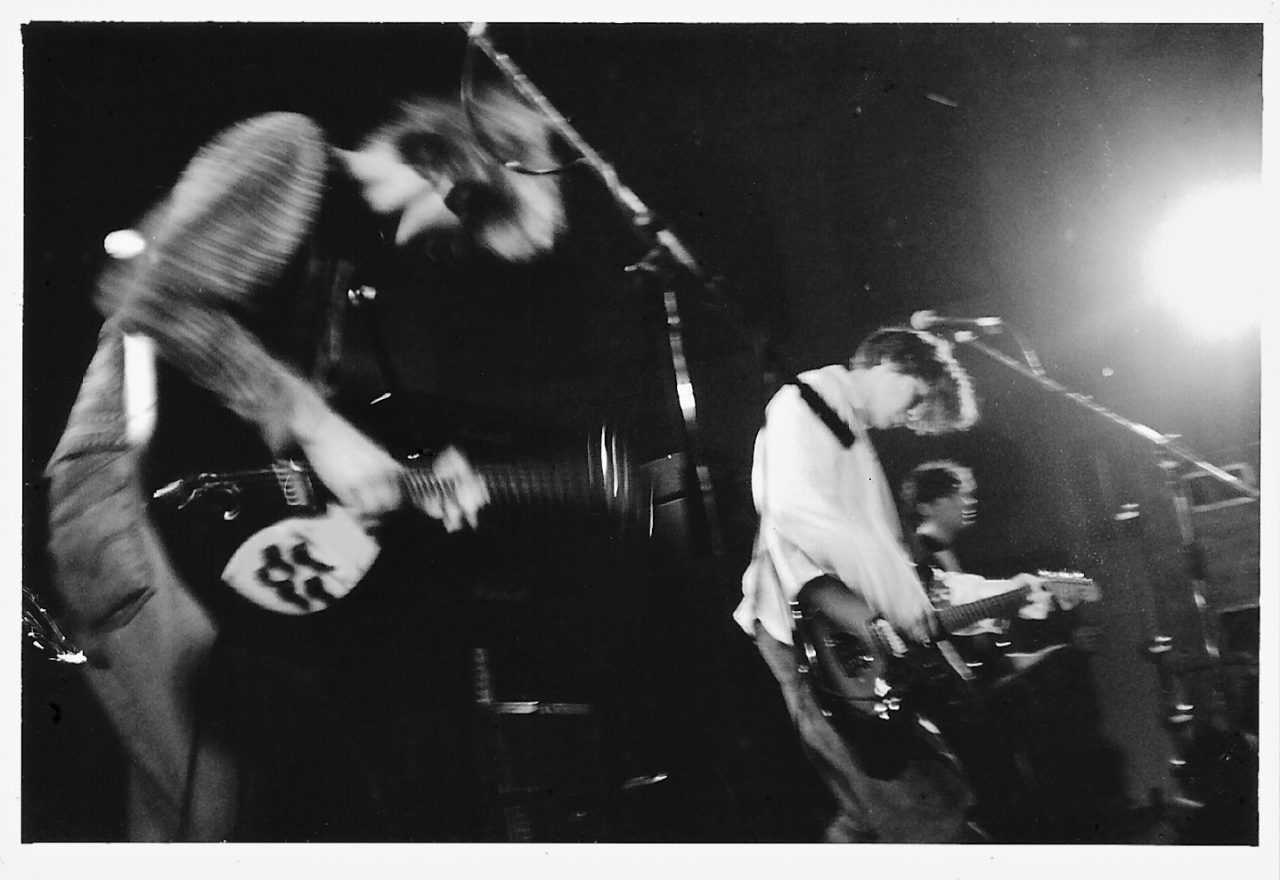 The early ’90s was an odd point of transition for British rock. The larger independent labels like Rough Trade and Factory that had fuelled post-punk were struggling financially and the indie movement was changing. Possibly the last clear development of the experimentation of the late ’70s and early ’80s, however, was “shoegaze”. Named as such by journalists describing the somewhat restrained and inhibited stage presence of artists like My Bloody Valentine, shoegaze comprised a vast amount of influences. You could hear elements of the heavy psych-rock of Hawkwind (or a decade later Spacemen 3), the noisy experimentation of New York bands from The Velvet Underground to Sonic Youth, the noise-pop of the Jesus and Mary Chain as well as much of the post-punk and dream pop of the previous decade. Shoegaze above all was about creating walls of noisy guitar alongside more conventional melodies, with the “shoegazing” often referring to guitarists spending gigs staring at their effect’s pedals used to create this sound.

The Jesus and Mary Chain’s opening album ‘Psychocandy’ is for some the first shoegaze album. It’s 60’s pop melodies concealed behind walls of vicious, feedbacking guitar and the cynical voices of William and Jim Reid created a compelling juxtaposition. The result was a sound both hostile and strangely innocent. Whilst bands on the 4AD label like Cocteau Twins and A.R. Kane certainly edged towards this style, shoegaze was truly kicked off for most by an Irish band called My Bloody Valentine. After a number Their debut album ‘Isn’t Anything’ and EPs called ‘You Made Me Realise’ and ‘Feed Me With Your Kiss’ were both released in 1988. The swirling, repetitive guitar lines and the sweet vocal harmonies made the album harsh, but weirdly soothing. Along with this, the often-indistinguishable vocals of Kevin Shields and Belinda Butcher created a fuzzy, indistinct melancholy.

Following this, other albums in this ethereal yet noisy mould appeared like Kitchens of Distinctions’ ‘Love Is Hell’ and The Telescopes’ ‘Taste’. This highlighted the diversity of what was termed as shoegaze. ‘Love Is Hell’ was a clear step from post-punk, sounding like bands like Chameleons or the aforementioned Cocteau Twins, fronted by the melancholy, plaintive vocals of Patrick Fitzgerald were a style familiar within the last decade. Conversely, The Telescopes sounded like a mixture between Spaceman 3 and hardcore punk. Its amateurish ultra-violence is also akin in some ways to early Sonic Youth, just without the harrowing soundscapes that band conjured up. 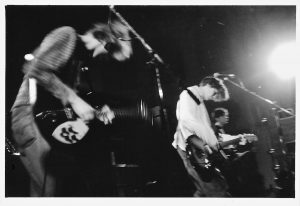 By this point, shoegaze began to take on real momentum. Fueled by the roster of independent label Creation Records, bands like Lush and Ride began to take the limelight. Ride in particular released a rush of EPs in 1990 before releasing their debut album Nowhere around 30 years ago this month. Ride was the most accessible expression of shoegaze arguably, with a love for 60s Byrds or Beatles-esque melodies alongside the walls of noise. Songs like ‘Vapour Trail’ or ‘Dreams Burn Down’ manage to combine these things to wonderful effect, creating dreamscapes both distorted and joyful. Lush’s debut single ‘De-luxe’ also came out this year, one of the softer takes on shoegaze, sounding like more driven Cocteau Twins. These two bands were the largest Shoegaze releases of the time, with ‘De-luxe’, ‘Sweetness and Light’ and Ride’s ‘Leave Them All Behind’ getting significant chart success.

Following this came the release of the record now seen as Shoegaze’s masterpiece by the movement’s original leading lights, My Bloody Valentine. ‘Loveless’ is now an iconic part of 90’s rock, legendary stories about its colossal budget and Shields’ forensic detail in creating the album now fairly well known. The result is the logical conclusion of shoegaze’s desire for cacophonous soundscapes. The album is drenched is colossal fuzzy guitar, often to the point where little else can be heard, even the vocals. Also very apparent is the increased use of synths and samplers, with repetitive drones creating a trance-like atmosphere that is unmatched. With songs like ‘To Here Knows When’ creating stark, slightly Sonic Youth-esque soundscapes, whilst closer ‘Soon’ incorporated the relentless rhythms of “Madchester”, the album wears its influences subtly, whilst creating something so uncompromisingly unique. The other major release from that year was Slowdive’s ‘Just For A Day’, the debut album of a band who released the other album now commonly regarded as a shoegaze masterpiece; ‘Souvlaki Space Station’.

It was soon after this point that shoegaze was usurped within British popular rock. Britpop synthesised much of that late 80s to early 90s experimentation into music ready for mega-success. There was certainly some inspiration taken from shoegaze in the noise-drenched lead guitar of Noel Gallagher on ‘Definitely Maybe’ or the pedal-heavy experimentation of Graham Coxon on later Blur releases. A number of Britpop’s biggest bands were originally shoegaze artists, most notably The Verve on their swirling, bizarre debut ‘Storm in Heaven’, but also Blur on ‘Leisure’. The original bands mostly struggled, however. My Bloody Valentine didn’t release an album for 22 years, Ride released a couple of less impressive albums clearly inspired by Britpop’s success and Slowdive saw their third album, the deeply experimental and now well-liked ‘Pygmalion’ receive little attention. New shoegazers like Screwdriver ended up more incorporated with the US grunge scene.

Shoegaze has certainly had something of a revival of late. Bands like Have A Nice Life or Cheatahs continue their legacy in their own different ways, whilst original bands such as Ride, Slowdive and, most surprisingly, MBV have reunited to some acclaim. Along with this, bands from metal artists from 90s bands like Deftones and Hum to modern “blackgaze” artists like Deafheaven have taken inspiration from Shoegaze’s heavier side. It has largely existed as a fairly niche subculture, however, with the possible exception of Deftones. It has found its place as a part of the mainstream indie scene popularised by outlets like Pitchfork, but little more than that. The experimental tendencies that fought with more poppy, conventional sounds probably made its success unlikely to last. It is however one of the most intriguing aspects of British indie rock history, a synthesis of so much music from the two or three decades before. The best music from this period is so distinct, with noisy guitars washing over you, creating an indistinct but melodic haze. It was also probably the last gasp for the original indie movement. Soon after this, many labels began to suffer financial struggles or had to massively adapt to new markets. Shoegaze was the final success for the carefree, experimental labels of the 1980s. It remains, but nothing will quite replicate the original movement’s impact.