The Rebirth of British Jazz 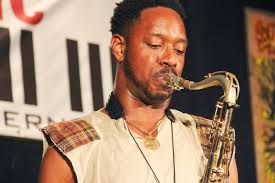 For many of 20th Century music’s earliest forms, integration into the modern music scene hasn’t been too difficult. Classical music still rings through the ears of many movie goers, with pieces from Hans Zimmer or Alan Silvestri still captivating, alongside more modern innovators like the minimalists such as Phillip Glass or John Cage. The blues still has millions of listeners, whether in the streamlined yet hugely popular albums of someone like John Mayer or Joe Bonamassa, or in the bluesy alternative rock sound of the White Stripes. This influence, even arguably through the integration of soul and R&B into popular music, runs even deeper. Jazz, however, has seemed to sit in relative obscurity.

Being unable to captivate or set a scene in the way an orchestra does, nor capture emotions as succinctly as the blues since the death of the genre’s greatest innovators, it hasn’t really managed to capture new audiences. Jazz fusion’s uncompromisingly strange complexity was never going to become a highly popular trend, whilst most traditional forms of jazz no longer hold the same cultural weight they did during the first half of the 20th Century. Arguably, this is changing in Britain at least, within a thriving and vibrant music scene emanating from London. Centring around a fairly small group of artists, they are refitting jazz within the contexts of popular music, allowing hip-hop, R&B, electronica and punk to sit alongside the key changes and off-kilter melodies found in jazz.

When discussing this scene, there are a number of key records and musicians to discuss. Perhaps the most important person to mention within this movement is the saxophonist Shabaka Hutchings (above). Having worked on a number of projects, Hutchings found fame with both the sneering anger of 2018’s Your Queen Is A Reptile from Sons of Kemet, and the calmer, more introspective sound of The Comet Is Coming. Sons of Kemet burst with anger about racial injustice and how little the British establishment represents them, taking in hip-hop alongside their raw, energetic and streamlined form of jazz. The Comet Is Coming, on the other hand, consists of a synth player, Hutchings and a drummer, allowing washy electronic textures to go alongside Hutchings’ aggressive spurts of saxophone. He also has a project named Melt Yourself Down that takes the angular aggression to another level, sounding reminiscent of post-punk.

Another artist with similarly genre-bending intentions is Ezra Collective. Their debut full length album You Can’t Steal My Joy manages to blend an often technical jazz-fusion sound with a whole range of different genres. The noir R&B of Reason in Disguise features the sombre vocals of Jorja Smith, whilst the disgruntled What Am I To Do? features rapper Loyle Carner. Alongside these are tracks that take in samba rhythms, what I think is a streamlined version of legendary afrobeat artist Fela Kuti’s Shakara in conjunction with KOKOROKO and reggae grooves. Far from seeming isolated and remote, these artists in particular have connected with Western and non-Western music, interconnecting jazz in a way that is far more accessible and welcoming.

The performances of Sons of Kemet and Ezra Collective at the last Glastonbury festival were a superb symbol of this; vibrant, energetic and thrilling throughout. 2018’s We Out Here compilation features most of the musicians from this small scene playing previously unreleased songs. Everything from the moody and leering Black Mask, Black Skin of Hutchings to the vibrant bombast of KOKOROKO’s Abusey Junction, the compilation shows off a huge range of artists in their slightly less streamlined, but still highly gripping form.

Whilst jazz has arguably stalled a little since the deaths of musicians like Miles Davis and John Coltrane, there is a rebirth of jazz into a more mainstream music scene. Whether you have listened to much jazz or not, I would urge you to listen to at least one of the artists mentioned above. You may find the music not as incomprehensible or daunting as you may have thought.