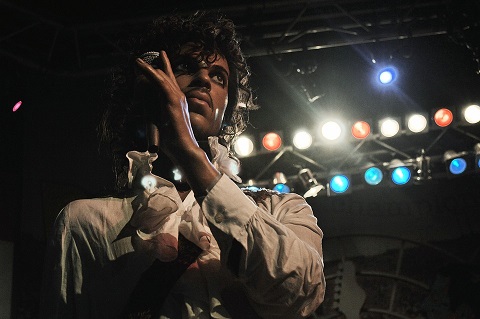 Within the popular music of the 1980’s, Prince arguably had no challenger in the United States. Able to combine an immediately loveable style with sharp song writing, as well as creating prominent singles for albums like 1999 or Purple Rain Prince wrote a huge range of significant hits for other pop musicians. The latest in a huge unseen back-catalogue that is being posthumously released by Warner Brothers Records; Originals is a compilation of original versions of songs he gave to other musicians. The first thing to really mention about Originals is that it isn’t just a set of demos or stripped-down versions. It is clear that Prince could easily have placed any of these songs within his studio albums, with each song having a lush mix reminiscent of his heyday. The opening songs, Sex Shooter and Jungle Love, later singles for Shannon and The Time respectively, are both examples of his funkier side, with infectious synth lines and lustful vocal performances that clearly heavily informed the versions that were released. This is largely the case for the songs in this compilation, with a few notable exceptions such as the slightly shortened and simplified original version of what went on to be The Bangles’ Manic Monday. Another notably different version is perhaps the most famous song on this collection; Sinead O’Connor’s Nothing Compares To U. Prince’s version is a more grandiose, stadium rock version of the hit single that is worth hearing.

Coming in at just over an hour this collection isn’t really something I would listen to in full, with some songs like Vanity 6’s Make-Up feeling a little needless. That being said however, Originals is a very interesting collection, highlighting at least the sheer reach of Prince within particularly 1980’s popular music and in addition some interesting and in some cases excellent versions of songs associated now with other artists.