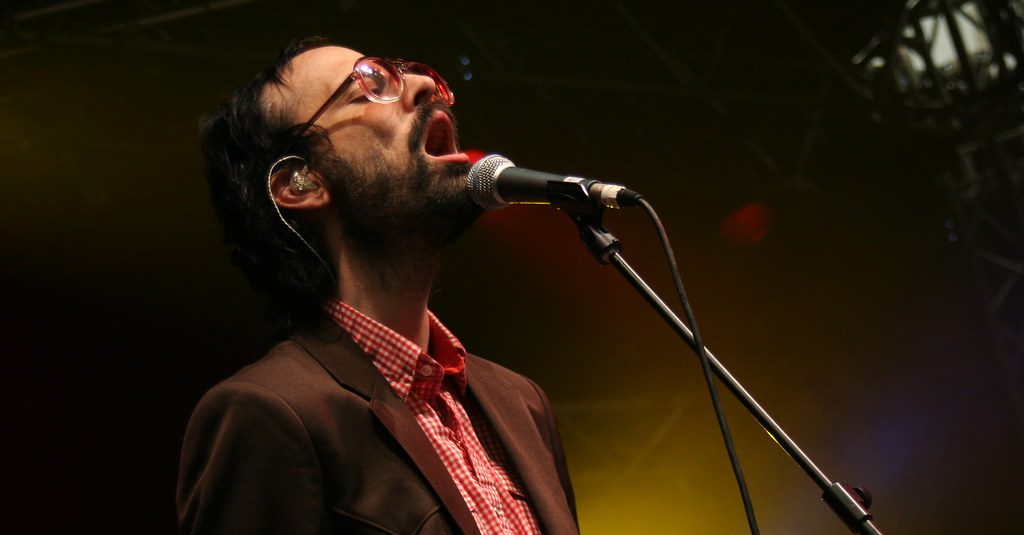 This Is Not A Safe Place – Ride

As a band managing to blend a noisy, wall of sound approach to rock music alongside pop melodies, Ride were a band beloved during their short heyday in the 1990’s and welcomed after their comeback album Weather Diaries in 2017. This Is Not a Safe Place is their second album since their return, and is by no means a poor relation to their more acclaimed previous material, in fact featuring some superb alternative rock. Opener R.I.D.E is one of the most unique songs on this album, with a synthetic vocal and one of the most dense and vicious guitar sounds on the album. The album is also able to soften up at times though, with Dial Up and Shadows Behind The Sun offering a softer sound with acoustic guitars and piano taking center stage. Other highlights include opening single Future Love, a song that recalls the band’s peak with its dreamy vocals and ethereal guitar lead and the somewhat pointed and tense Fifteen Minutes. The band moves between subtly different versions of their sound fluidly, being able to sound mildly psychedelic or closer to stadium-friendly indie rock with little incoherence. What is consistent however is the quality of the song writing. Almost every song has a good chorus or attention-grabbing instrumentation that keeps the album from becoming boring.

Arguably the only slight misstep of this album of the length of the otherwise lovely closer In This Room, clocking in at nearly 9 minutes and becoming a little repetitive by the end. In a broad music scene that has seen a number of returns, from My Bloody Valentine’s self-titled 2013 album to The Jesus and Mary Chain’s Damage and Joy, Ride’s return seems to be one of the most successful, keeping the spirit and to an extent the sound of their previous music without seeming stale or losing sight of new ideas.

The next album from over the summer to mention is Bon Iver’s i,i. Released pretty suddenly, producer and songwriter Justin Vernon’s 4th album is another fusion of folk and electronic music, along with a pop sensibility that leads to music that is often dense and hazy still being pretty engaging. The album is a pretty seamless flow of ethereal music that is just as likely to have a dense synthesiser part as an acoustic guitar or horn section. Individual tracks had a habit of passing me by at times given the album’s consistency, but iMi is a pretty excellent opener, cutting between a deliberately alien-sounding auto-tuned vocal into a soft acoustic guitar part. The piano-led opening and choir of U (Man Like) is also beautiful and unexpected.

The key element to this album’s success really is Vernon’s vocals. Modulating in pitch almost at will, his vocals are an excellent anchor for the different instrumentation on the album, most notably the more minimal and abstract opening of Naeem, one of the best songs on the album, a sombre and melancholic song that builds slowly into an ascendant ballad from the piano chords of its beginning, with Vernon’s vocals becoming more and more desperate as the song becomes denser. I would argue that the only track that doesn’t quite work is the somewhat freeform Jelmore, a song which is still a highly interesting song, yet lacks the structure to quite work in my view. All in all, i,i is a quite intriguing, beautifully produced album that manages to largely make a fairly unorthodox sound work as a pop record without really ever being either too predictable or alienating.

The final album I mention within this month’s reviews is one that has sadly taken on a far more significant context in the weeks following its release. The new and tragically final project of cult indie rock frontman David Berman, released after a ten-year hiatus, will likely never be seen outside of the context of Berman’s death only a couple of weeks later aged 52. A musician best known for his band Silver Jews, a project involving him and Stephen Malkmus of the highly successful indie outfit Pavement, Berman at best seemed a weary figure, weaving surreal and melancholic tales in a gruff, weathered voice over instrumentation more befitting of country or folk. As a talented lyricist and a unique presence, Berman will be remembered as a thoughtful and profound individual whose work, most notably 1998’s American Water, are emotive and creative indie rock releases among the best in the genre.

When talking about the musical side of Purple Mountains, it touches on a familiar style for Berman, with the opener That’s Just the Way That I Feel setting the tone. Contrasting gentle acoustic guitar and a particularly surprising horn part with the lyrics detailing someone who has “spent a decade playing chicken with oblivion”. Berman sounds utterly dejected yet still retains the wry humour that keeps it from being overbearing. The next song, single All My Happiness Is Gone follows this pattern as well, with a somewhat upbeat sounding chorus clashing with the melancholic lyrics about ageing. His deployment of the catchy and more ascendant sounding chorus is a tool he uses throughout, painting a now somewhat sickening irony onto this album. The album in comparison to the previous work of his that I have heard also feels far more direct and to the point in how it presents issues like alienation and depression, leaving little open to interpretation rather than weaving these emotions into a surreal narrative. There are a couple of songs that seem less personal, with Snow is Falling in Manhattan instead being a vivid depiction of exactly what the title describes, with the instrumentation and Berman’s vocals creating a beautiful image of New York in the snow.

There is always a challenge surrounding music as to whether you should separate it from the artist. In this case, it seems impossible to extract the songs from the context of the weeks following its release. The implications of Berman’s sadness at failed relationships, alienation and ageing seems only more poignant now, an enormously powerful but ultimately tragic statement. The first and only Purple Mountains album is a remarkable album but one that is thick with atmosphere and now tinged with the awful loss of a highly talented and distinctive songwriter.