REVIEW: Green Man 2017 – The Beacon-blessed melange of intimate, genre-warping artistry is ever mesmeric 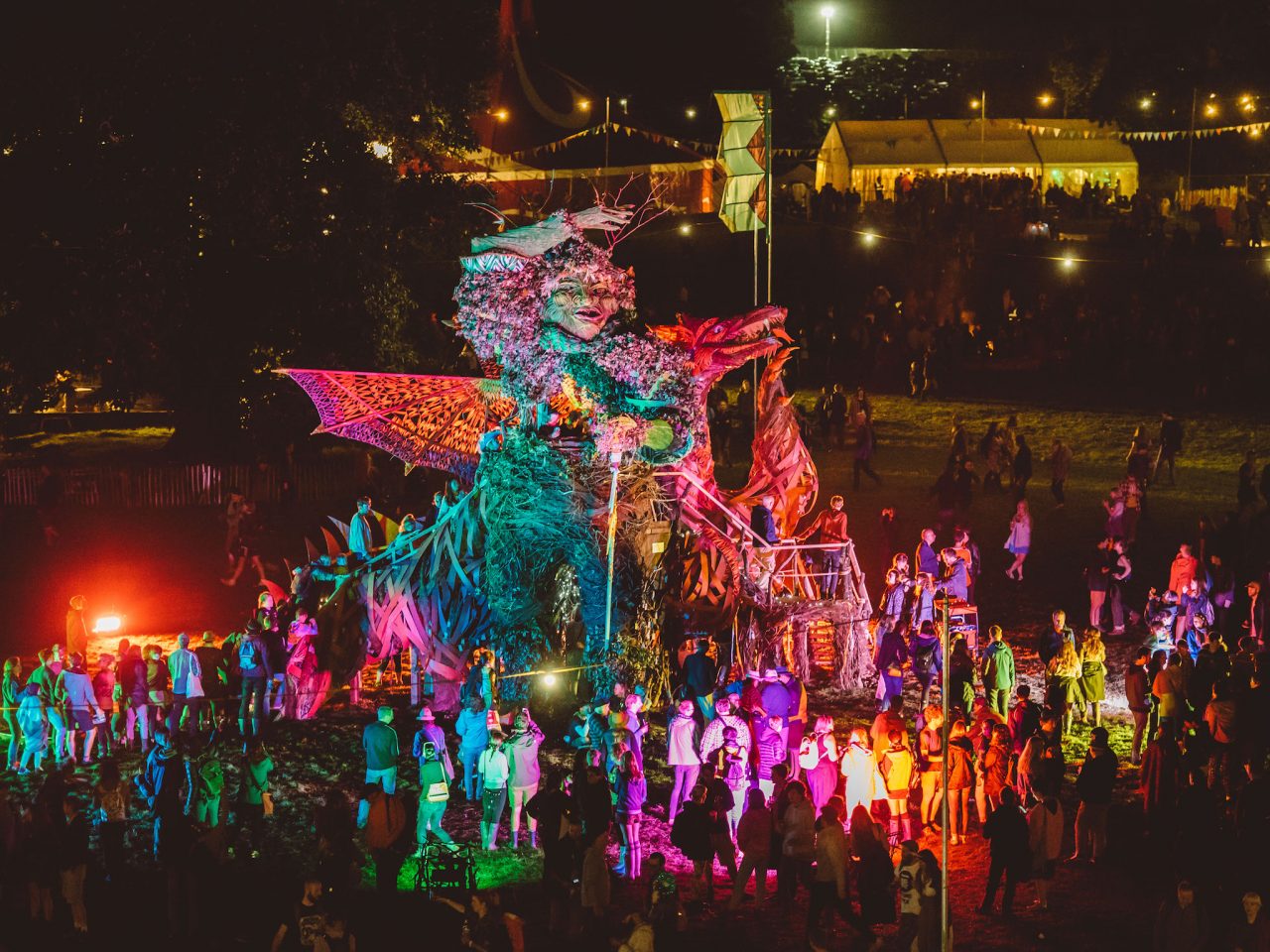 Potent flusters of emotion are engrained in almost all of my Green Man memories. This year, the most notable moment wasn’t something being said. It wasn’t even a song being sung. It was the willowy glint in Julie Byrne’s eye as she gracefully sat and showered in the adoration of an ever responsive Green Man crowd. No bravado. No disconnect between artist and audience. Just a collective mutual pleasure in creativity. That, for me, is the personification of Green Man Festival.

The organisers could probably book MC Hammer to headline all four nights and still attract a 20,000 strong horde of enthusiastic, gold jumpsuit donning music-lovers to Glanusk Park. It was another sell-out for Green Man’s 15th birthday bash. And whilst line-ups may interchange, their ticket sales don’t budge.

Fundamentally, it’s stellar acts that sell tickets. However, what compels Green Man’s devoted following to consistently return is far more profound: It’s the aversion to most festivals’ garish emphasis on moneymaking; it’s the barebones, unbranded approach to almost all facilities; it’s the overwhelming sense of comradery which binds our disparities and allows us to relish live music as one festival. These are the heartfelt pillars of Green Man. And when imbued with the spellbinding landscape of the Brecon Breacons, it’s no surprise that many people – dubbed ‘settlers’ – opt to pitch up early and stay onsite for a week.

“I wondered what kind of crowd would turn up at Green Man on a Thursday,” Anna Meredith ironically quips to the Far Out tent, evidently astounded at the brimming crowd that came to watch her perform so early in the festival. It’s yet another instance where the Green Man festival goer – and their unrelenting passion for music – is typified.

I heaped praise on the booking policy last year; it’s always safe to assume that you can rely on the quality of the acts to hold up the festival alone.

On Thursday, legendary shoegazers Ride enlivened their characteristic wall of sound, seizing the audience in a hypnotic wave of absorbent guitars and lush harmonies. Ride were a gentle drift into a more animated Friday, which pounced with vivacity instantly. W.H. Lung dissipated any morning lethargy with their popping and grooving post-punk sound. Later on, Angel Olsen’s raw and scatty rock ‘n’ roll jive aptly preceded a predictably hyperactive headline performance from the modern masters of synth-pop: Future Islands.

On Saturday, the Walled Garden was densely packed with talent such as delicate folk singer-songwriter Charlie Cunningham and the vulnerable but thunderous indie-rock sound of Big Thief. Saturday’s headliner lacked in audience interaction. Nestled behind Ryan Adams’ thick, dark fringe is a face somewhere. Adams may be quiet and discreet, but he’s also composed. He let the music talk for him, unleashing a barrage of hammering arena rock anthems.

Sunday had no intentions of pulling any punches, with political punk rockers Shame instilling a frenzied pit of sweaty head banging in the Far Out tent. In the same venue, Sleaford Mods engaged crowds with their trademark, no-nonsense coalition of barked lyrics and rough drum samples.

Whilst PJ Harvey drew large crowds at the Mountain Stage for Green Man’s final birthday hurrah, a real coup were Australian outfit Methyl Ethyl, who sleekly mould together surf-rock and psychadelic pop. Then all that remains is to watch the ceremonious burning of the Green Man. One final communal farewell, submerged in the twinkling embers of another mesmerising festival.