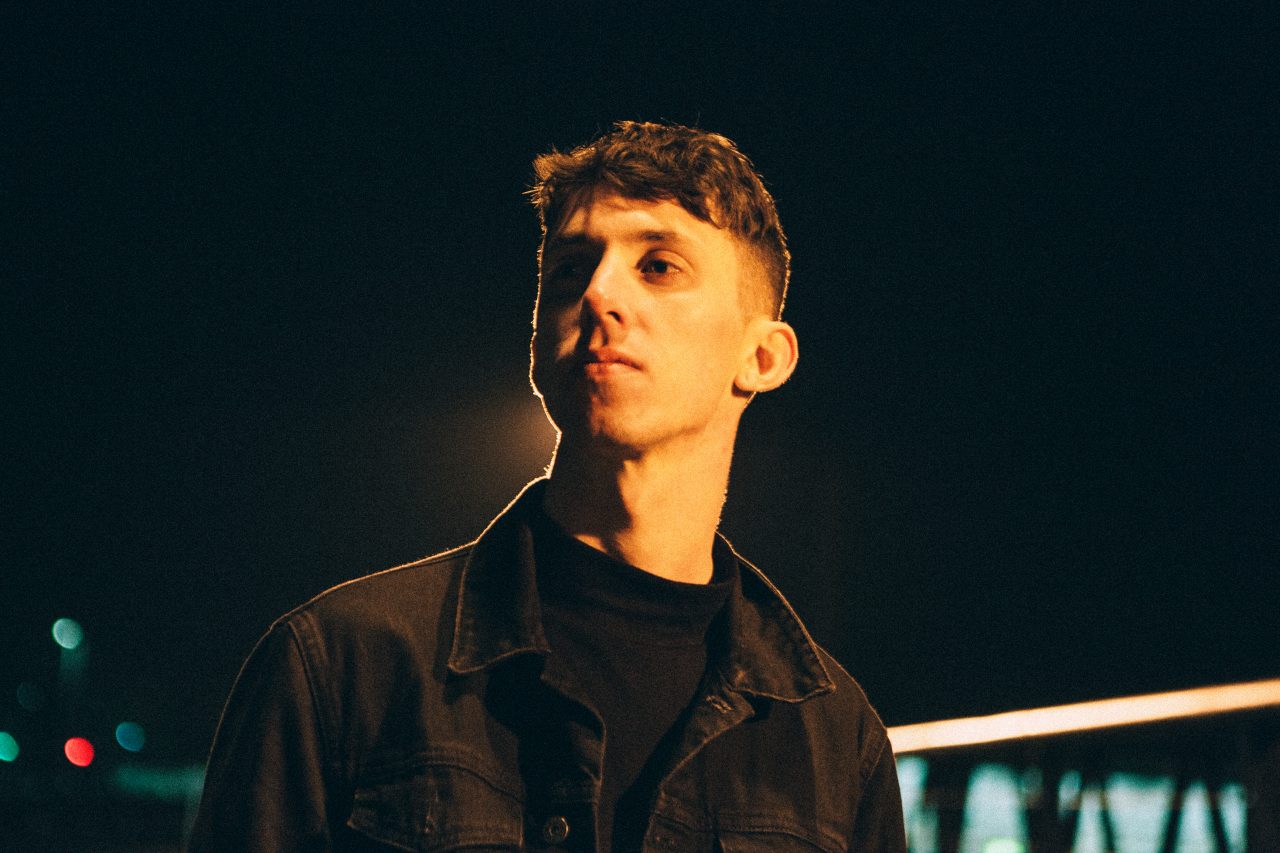 Wavy, candid, sleek. Bearcubs strikes an engulfing balance between indie-pop song structures and rippling, densely packed electronica. We spoke to him about his back catalogue, discovering singing and his new EP, Underwaterfall.

There was a period after Paper Walls where I was reflecting on how to go forward. But it wasn’t really a break. I was mainly writing and trying to get as many tracks together as I could. That’s when I came through with the EP, Chroma.

I felt like there was a few different ways I could go with my sound. And the whole idea of singing on tracks was still quite new to me. I could have gone a more instrumental route or dance-y route with the music. So it was just a case of making as many tunes as possible and seeing which ones felt the most like me.

Usually when I have an idea for a track, it’s either a theme or how it will sound in general. Then I’ll keep trying to make tracks until a get a good version of that idea. So sometimes it might take ten tries until it works. So it’s a lot of trial and error.

Is that the difficulty of being a lone producer?

Possibly. I do work with people sometimes, and it is good to have someone to bounce ideas off. Especially when you’ve been listening to something for so long and you can’t tell if it’s any good anymore. Usually you have an instinct, and you push through if something feels right. But the positive side of working on your own is that it’s down to you. You don’t have to compromise. It’s completely your own vision which you’re making happen.

But the positive side of working on your own is that it’s down to you. You don’t have to compromise. It’s completely your own vision which you’re making happen.

The other thing is, if you have a rehearsal, you’re the only person that’s got to be there. That’s the problem with bands sometimes. It’s hard to get everyone in the same place at the same.

In that transition between Paper Walls and your EP, Chroma, what kind of things were you changing?

I wouldn’t say there were massive differences. I was just honing in on my sound. I was still experimenting, but I felt like there was more of a base to it. I don’t really consciously think: “This needs to be changed.” I just try to get better with every song I make. My voice, especially, is improving. I haven’t really been singing for too long, so it’s something I’m still practicing and working on.

Because I’ve come from a complex background with more glitchy and mad rhythms, I’ve tried to refine my sound. Simplicity will always be the most effective way of expressing your ideas through music. But at the same time it’s a lot harder because all the sounds that are present in a simpler composition are more on display. Each element becomes more important when things are simple

There’s always a temptation when you’ve got loads of ideas just to throw them all in. You’ve got to break down your sound to its simplest form and then build it back up.

Talk us through your new EP, Underwaterfall?

The title track Underwaterfall is how the EP started. I wanted to write a song that was about an experience or a feeling instead of a historical event that’s happened. So I wrote about the experience of being underwater. The feeling of free-diving. Going down. Completely alone underwater. It’s a sensation that we’ve all experienced. It can be a bit scary but it’s also relaxing. So the track is built on the contrast between those two ideas.

I’ve noticed when I read my lyrics that often talk about senses. Often I’ll have an idea for a song in a visual sense. So I’m imaging how it would look if it were a film or a video. I had this visual idea of being underwater and jumping into water. I do often think about music visually, it’s made out of patterns and colours.

The opener, Burning Up, has a similar vibe to Underwaterfall. I’ve put unusual harmonies and chords on it. With some pitching effects on the vocals.

False Mirrors is more of an upbeat track but it’s a nice contrast to the other two.

Finally, SL001, is quite a dancey track. I originally wasn’t going to include it but I think it fits nicely.

There’s an arc to the EP, it starts quite chilled and it intensifies towards the end. An EP used to be a collection of songs but I’m making mini-albums. Mostly people listen to separate tracks anyway but if you do listen to them in order it makes it more enjoyable. It has more of a flow to it.

You’ve talked about singing on your own tracks being a very new thing to you, tell me more about that.

I’ve always wanted to include my voice. Or at least do some form of music with my voice. I was never sure if it was going to be for Bearcubs because it started out instrumentally.

It started out with a track called Touch. I wanted it to have a vocal so I was looking for people to feature on it. I had a few people but nothing really felt right. I couldn’t get across what I wanted them to bring to the song. So I thought I’d try to sing it myself so I get could get someone else to sing it in the way I’d sung it. But actually it turned out alright. So I started doing it for all the songs.

It always makes for better music when you put yourself into it. It comes from a realer place. Especially on the more lyric based songs.

It always makes for better music when you put yourself into it. It comes from a realer place. Especially on the more lyric based songs. You need to be able to connect with lyrics when you’re singing them. Some of my lyrics are quite vague, but they’re still associated with my experiences.

My songs aren’t confessional though. They’re cryptic. And I think that suits the style. I use lyrics as more of an instrument – a rhythmic device. I do try to give my songs a certain emotion but at the same time I’m not going fully in.

It’s probably too soon after your new EP to ask, but is there new music on the horizon – possibly an album?

I’m always writing literally every day. There is new music on the horizon. I don’t know what form it’s going to take yet but I am writing as much as I can.

If I were writing an album I’d be very protective. I’m yet to write one and so far I’m still building up to that. All the best albums are one solid piece in itself almost like a novel is. It has to tell a story. Whether that’s through sound or words. I’d take a long time over an album. I won’t be putting any old demos on unless they’re good.

Listen to an hour long radio special with audio from this interview above plus a full play-through of the EP among other tracks.