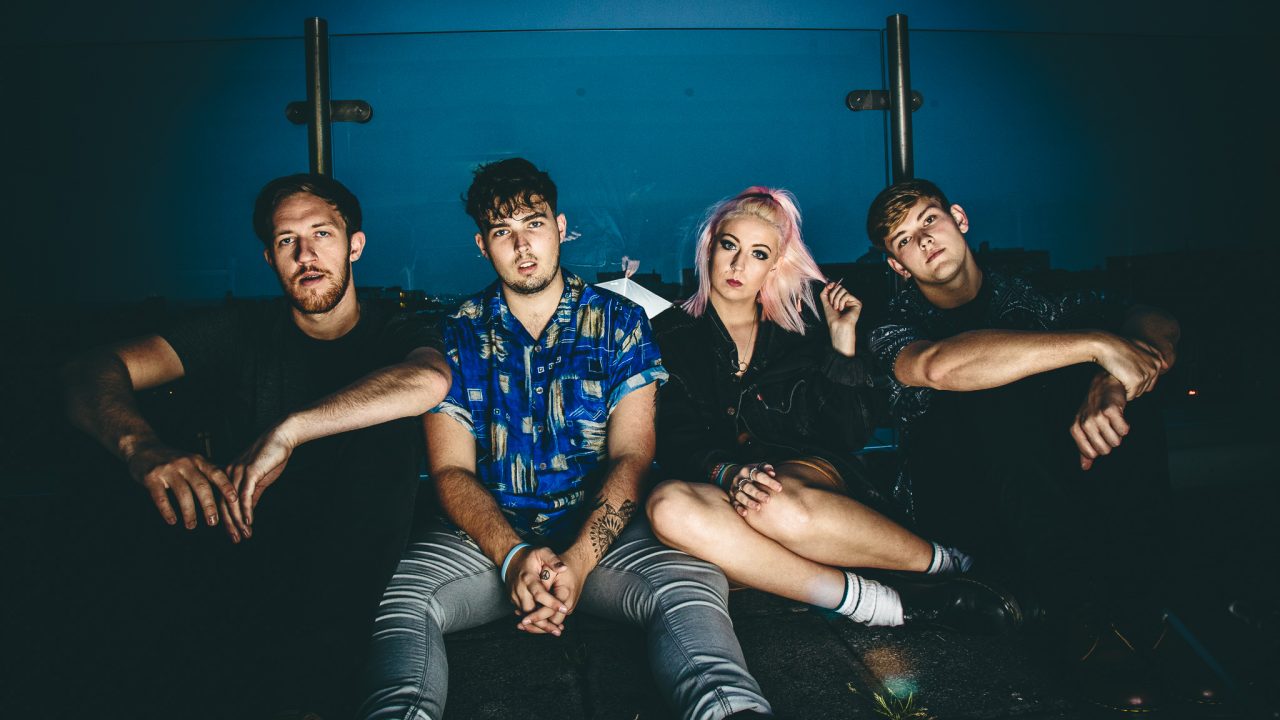 With a sun-drenched soundscape, Idle Frets have truly conquered that glistening indie-pop ambiance which often eludes many upcoming bands. Armed with new single, Glow, the band are ready to rouse crowds on their Spring UK Tour.

How did Idle Frets start?

Ben: We have all been involved with music or enjoyed music from an early age. I got asked to get a band together for a function gig, and I managed to persuade my best mates to play in a crappy band with me and to this day I’m still doing my best to not let them leave the crappy band.

Ben: Rubbish, at the time we thought it was mega though. Everyone has to write rubbish tunes first, nobody wakes up as a kid and is just a songwriting genius, it takes time for a band to mature and get a way of writing that works for them.

Everyone has to write rubbish tunes at first, nobody wakes up as a kid and is just a songwriting genius.

What kind of bands influenced your earlier material?

Erin: Our earlier material was very much influenced by indie rock bands, like most bands we covered the usuals: Arctic Monkeys, The Kooks, The Courteeners etc. They influenced us massively into writing our first basic indie-rock tracks. Ben’s always been a major fan and idolised Thin Lizzy so I would say they influenced his writing somewhat, but since we’ve grown up, we’ve all found our genres of music that we love, and now we’re influenced by a lot more pop than before, more sub genres like electro pop-rock and indie-synth music, and since Dave has been around that funk and soul element is a heavy hitter in our new tunes and the way we write!

How has your sound evolved to reach where you are now with single, Glow?

Luke: Besides from maturing along with our music, in a word, ‘Rave’. The first few releases were mostly already written prior to Rave (Dave) joining the band. We love nothing more than playing live so when in the creative process, this is at the forefront of our minds.

What’s Glow about and how happy are the band with it?

Ben: In short; it’s about wanting to be with a girl, but she’s with a lad who’s a bit of a weapon. We are dead happy with it, Al Groves (who produced it with us) is a top lad and we really enjoyed the whole recording process and it worked for us, I think it’s easy to hear that within the track.

Erin: We’re so so happy with how come turned out and how well it’s been received, it was a hard but enjoyable time in the studio to get it right, and we’ve been sat on it for so long, little tweaks here and there, it’s been great to finally get it out and for more just Idle Frets HQ to hear it!

What’s your reaction to the publicity it’s been getting in the form of Radio 2 airplay and featured on This Morning?

Ben: It’s been mad. Very surreal as we are just some kids making music because we enjoy it. The fact that anyone else enjoys it is class. We can’t wait to get out and play it to as many people as possible.

When you were writing Glow, did you ever think to yourself that you had a great song that would resonate with people?

Ben: I guess if I said no I’d be lying. We took so much time off to get this right, that when we came back with new music we needed to pick something to make a mark. When we heard it we thought it was a tune.

Luke: Yeah absolutely, once we had the structure of the song sorted and we were playing it through over and over, we were all buzzing with it. With regards to resonating with people, if it happens, that’s a complete bonus. Primarily, we write songs we love listening to and playing live so if other people can get the same enjoyment from them then it’s all gravy.

Primarily, we write songs we love listening to…

What’s it like, playing Glow live? Good reception, everyone singing it?

Ben: Since releasing it we haven’t played it live yet to be honest, after gigging, recording and writing last year we took Christmas off as Dave was having an operation. Like I said before we can’t wait to get out and start playing it to people.

Dave: We haven’t actually played Glow live since it has been released! I had to have an operation which lead us to cancel all tour dates over Christmas (what a liability). We are buzzing that it has done so well and we can’t wait to get out and play it to everyone. 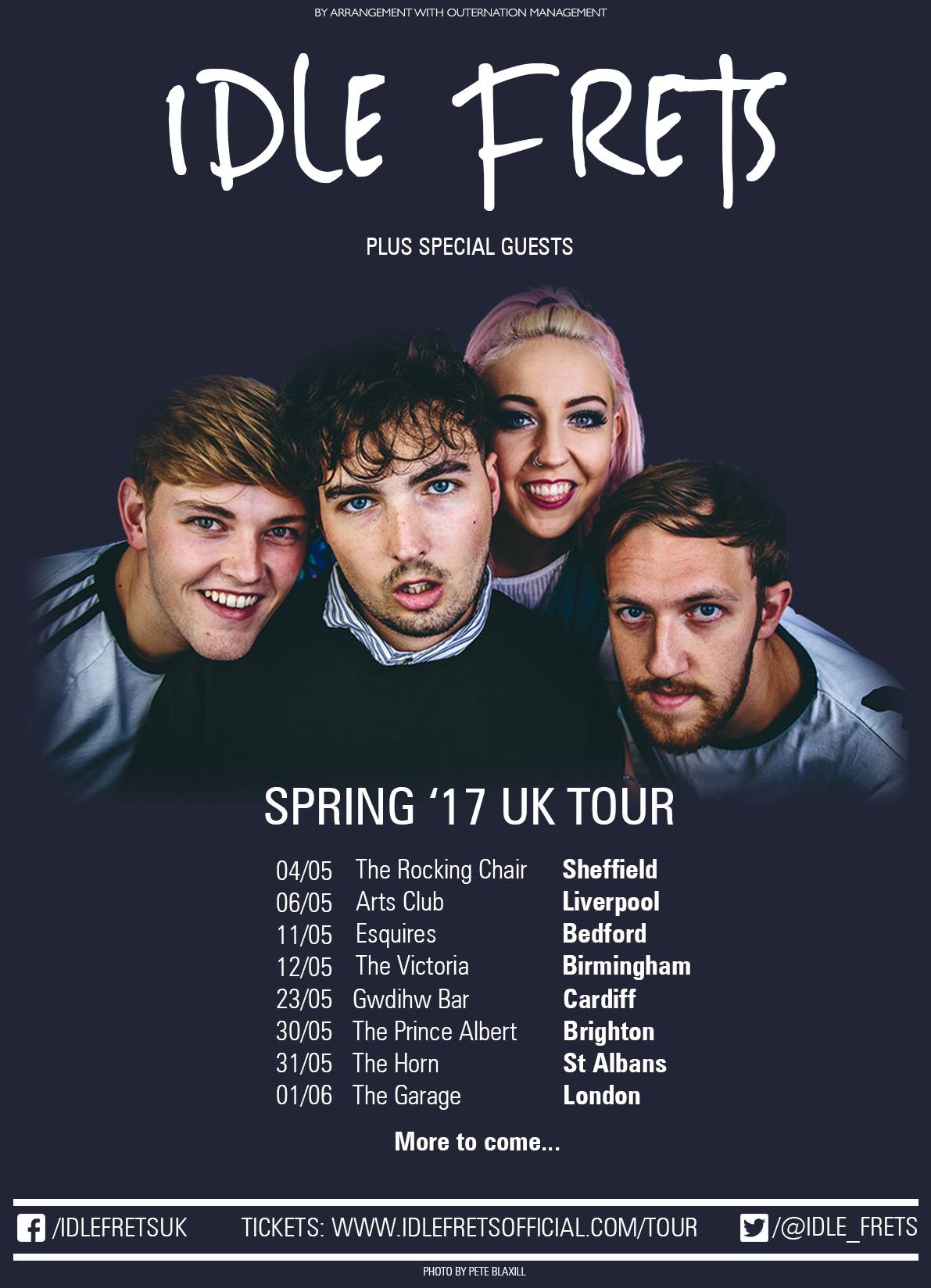 I’ve seen a few quotes which describe your sound as “radio ready” – what’s your thoughts on this? Is it a feature of your music which comes about naturally?

Erin: We’ve spoken about this recently as it’s such a great thing to hear. We definitely agree that Glow and the new tunes are very radio ready, but as far as writing them goes? We just love to make music that would appeal to as many people as possible, while keeping the ‘commercial element’ in mind. It isn’t something that’s a major concern though, we write music that we would like to listen to ourselves and that’s the most important thing to us.

Are you writing any new music at the moment?

Dave: Yes and it sounds f*****g great. We have been busy recording at The Motor Museum with the legendary Al Groves. I won’t say too much but if you’re into Glow, then you’re going to love these next few tunes coming your way.

Erin: It’s sounding good! Different to our old stuff for sure. With Glow we felt like we had found ‘our sound’ and we feel like the other new music is very in keeping with that sound.

Dave: It’s sounding sick, not dissimilar to Glow. It’s anthemic; it has groove. There’s lots of strange textures and sounds going on, in a good way. We can’t wait to show everyone.

Ben: We write music we enjoy listening to so nothing springs out as ‘yeah let’s try this’. We like to mess around with loads of different sounds anyway without taking the usual caution some bands take to try and fit into a particular genre, so to speak.

Have a listen to some of their favorite tracks on Spotify