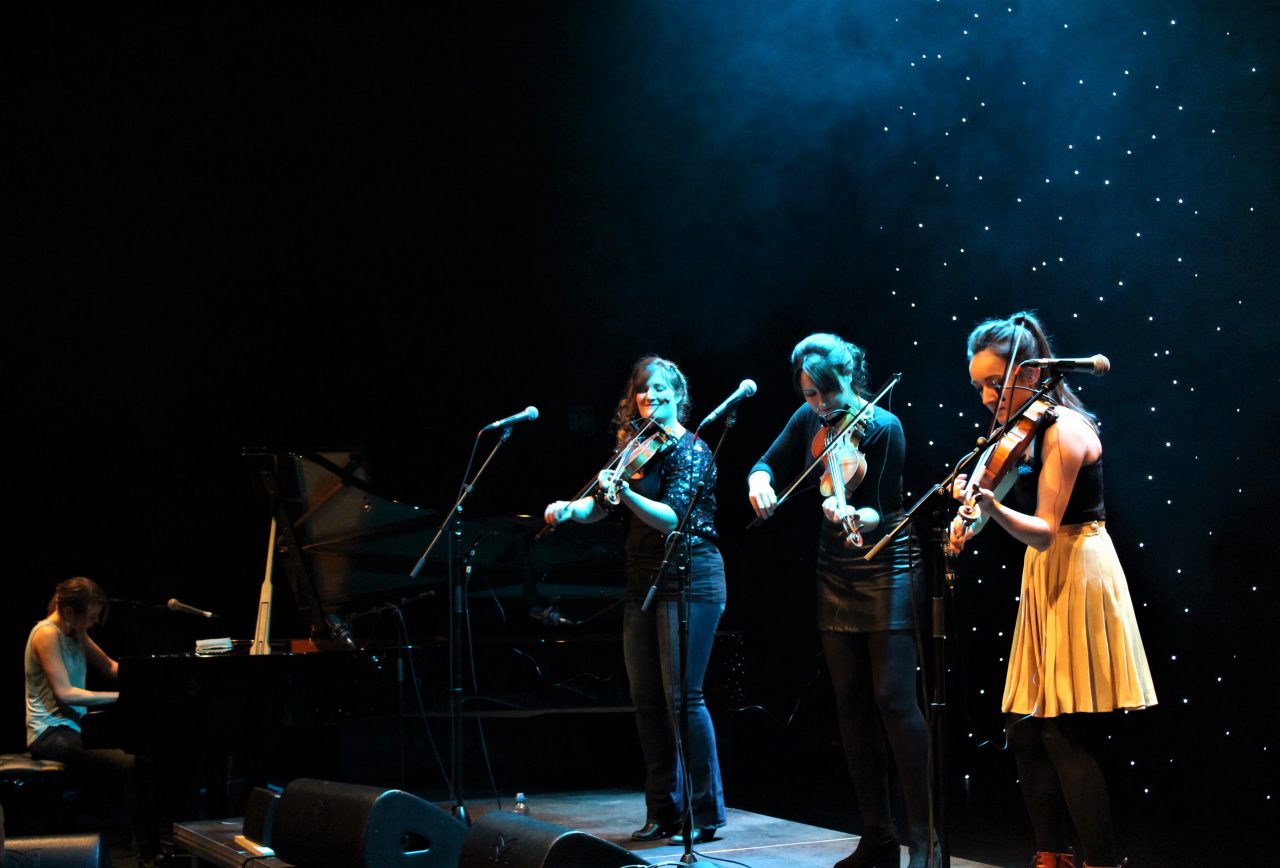 After the artificial ‘smokey bar’ effect had subsided, the dazzling elegance of Cabaret Pontio’s façade was there for all to see. A classy arrangement of seating crowded the stage, glimmered by a striking sheet of twinkling white lights. An apt aesthetic for the melodious character of the music to come.

As a non-Welsh speaker, never was my attention swayed. Nor did I feel distanced from the passion of the music. In fact, when engaged in song, you come to realise how mystically beautiful the Welsh language is.

That aside, it’s the guitar picking excellence of Gwilym Rhys that instrumentally drives Plu’s performance. His ability to dictate the mood of the room with interchanging sombre tones was quite remarkable.

At the end of their set, the mood imparted by Plu was a mixture of tranquillity and anticipation for Scottish quartet, Fara. 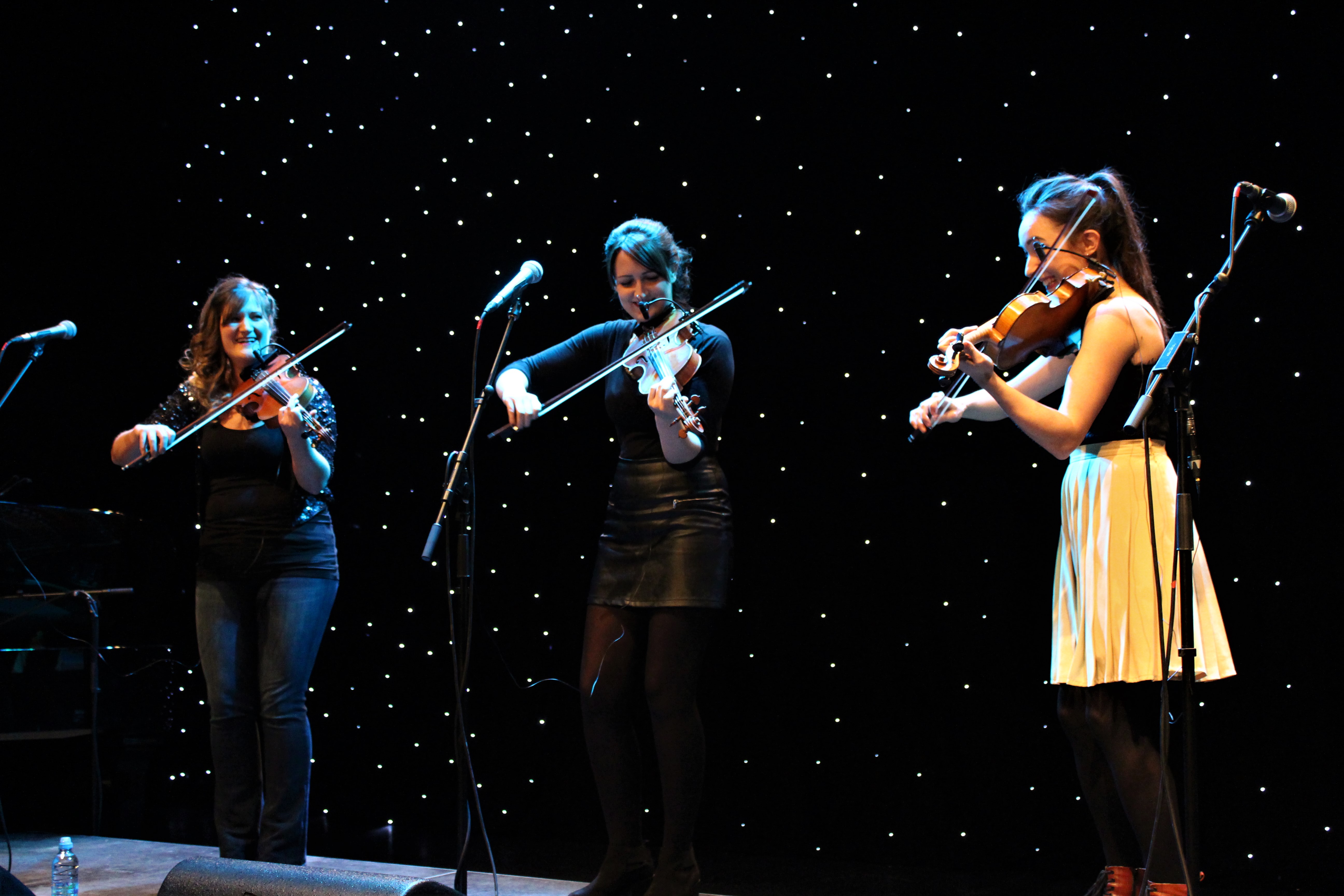 The Orkney band were met by an instantly warm reception from Cabaret Pontio.

It’s not surprising. In my experience, folk followers are arguably the most emotionally invested of all live music fans. They are completely dedicated to the musical experience. The mere sight of a fiddle will enthuse them.

Also, studio versions never quite do justice to the grandeur of classical instruments. Especially when harmonised in the effortless fashion that Fara adopt. It’s a complex artistry that must be seen to be appreciated.

Fara embraced their Orkney origins in a rich triad of strings, propelled by rhythmic piano. And, on a few occasions, they serenaded the crowd with Scottish-influenced ballads such as, Whiskey You’re The Devil.

Whilst, of course, jaunty, foot-stomping numbers like Cheeky Vimto and Where’s Neil? are to be expected. Fara can also cast a thoughtful spell over audiences in the form of My Heart’s In Highlands and I’ve Endured. They can really arouse any emotion they wish.

Even without vocals. Fara’s instrumentation is truly captivating. Each track possesses its own sentiment; its own geography; its own voice. Whether you like it or not, Fara are taking you on an introspective guided tour of the Orkney Islands.