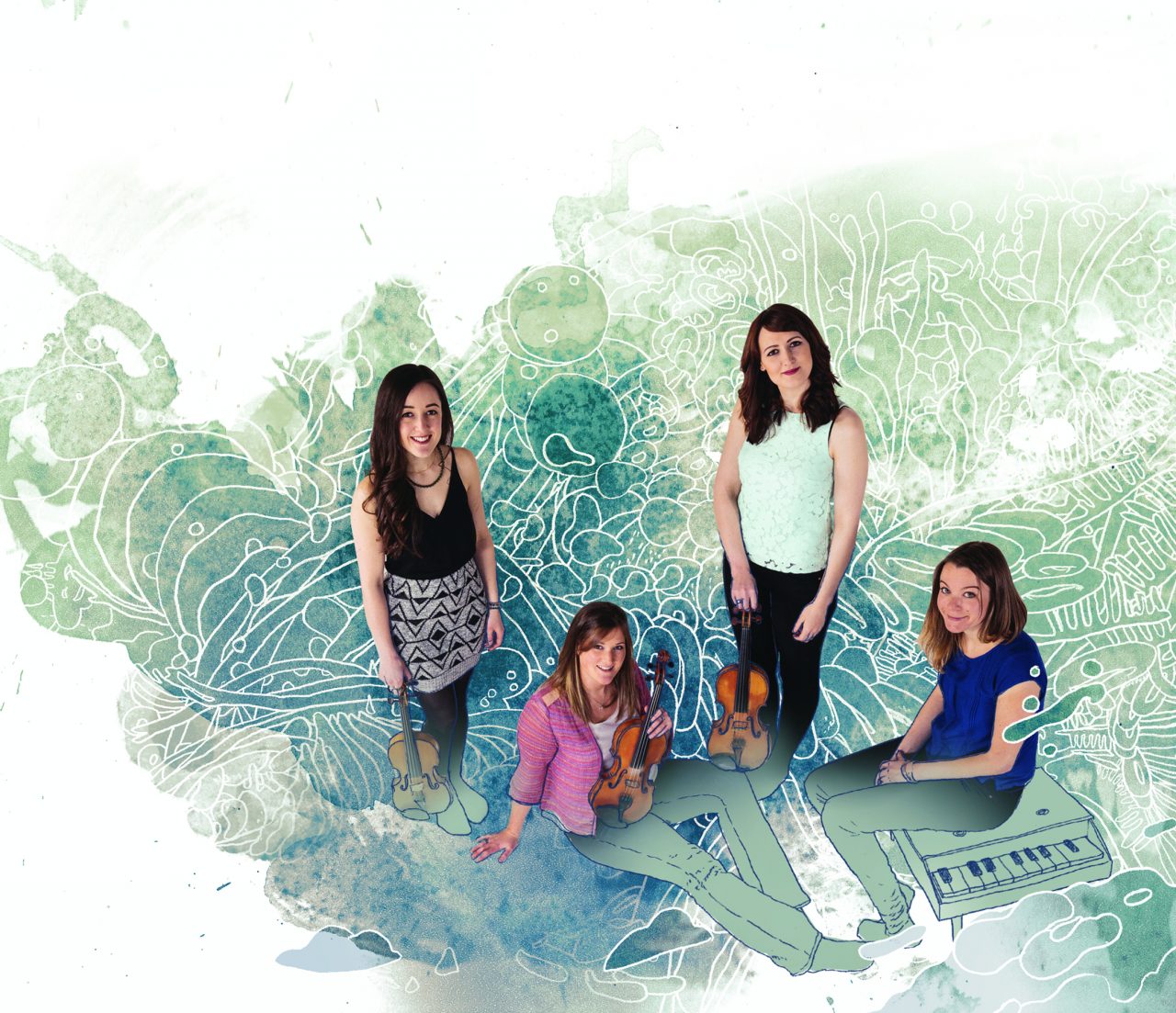 This Friday (January 27th) at Pontio, escape into an immersive canvas of hometown truths painted by the radiant folk harmonies of Fara. It’s a genre that must be seen live to appreciate the complex artistry behind Fara’s blissful mould of strings driven by pulsing piano.

The Scottish group, who are touring for the first time since last September, will make their debut in Bangor.

“We’ve not been to Bangor before, we’re really looking forward to it. Being from Orkney, we’re used to all kinds of different scenery and so we love seeing new places.” Said Kristan Harvey, one of four fiddlers in Fara.

Fara’s last tour coincided with the release of their album, Cross The Line, which elegantly echoes the Scottish origins of the band.

“It’s got a real feel of Orkney. We’re delighted with it. There’s a set called Shapinsay which we all learned when we 10/11 years old. So playing that live is a real special thing.

“It was so good to get it finished and see the final product. Although, I did get a delivery of 2000 CD’s to the bottom floor whilst I was in my 3rd floor flat. I wasn’t enjoying them too much when I was taking them up the stairs.”

With four fiddlers and a pianist, Fara will aim to enchant Pontio with a rich set list brimming with numbers from recent album, Cross The Line.

However, the band also charm audiences with their own brand of on-stage chit-chat.

“We enjoy interacting with the audience and breaking down that barrier to try and make them feel part of the gig as much as possible. We always put on a really relaxed concert. It’s pretty informal.”

Kristan says this is aided by the warmth and receptiveness of folk fans. Paying tribute to their pure dedication to the genre.

“The classic folk audience are so supportive and welcoming. Especially when you’re out meeting people, hearing their stories, how they heard about the gig and why they’re here.

“Folk fans are completely invested in it and quite hardcore. They know their stuff. So you’ve got to match what they’re expecting and try and get something new across.

“These days it’s about bums on seats. But there’s still such an appetite for folk music. It makes you appreciate the ones that come along and support it every week when there’s so many other things out there.”

The most striking thing about Fara is their live chemistry. Each fiddler effortlessly intertwines to form a gorgeous, lush wave of chorus. It must be seen first-hand.

Kristan says: “We’re all from the same place. We’ve all played with each other for a long time. So there’s a natural way that things come together. It’s never forced.

“It’s kind of a sibling thing. We got a lot of comments that the chemistry is nice to watch. It’s as much a visual thing as it is a musical thing. If you look like you’re enjoying the performance then everybody gets involved.”