INTERVIEW: Sarah and Reva from Nimmo 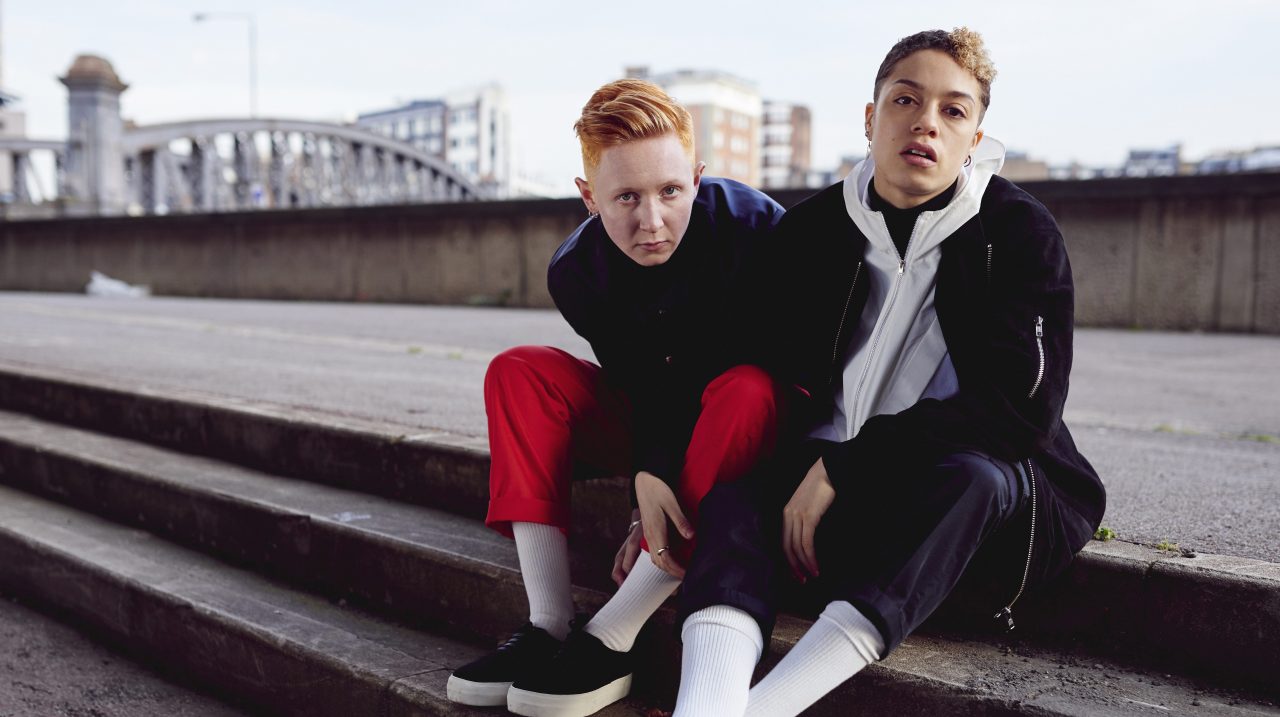 Nimmo (formerly Nimmo and the Gauntletts) are a London five-piece with a dynamic fusion of infectious, synthpsyched hooks and cathartic dance pop beats to free the soul. I spoke to singers, Sarah and Reva, about their long term friendship in music, Nimmo’s evolution and the message within their songs. 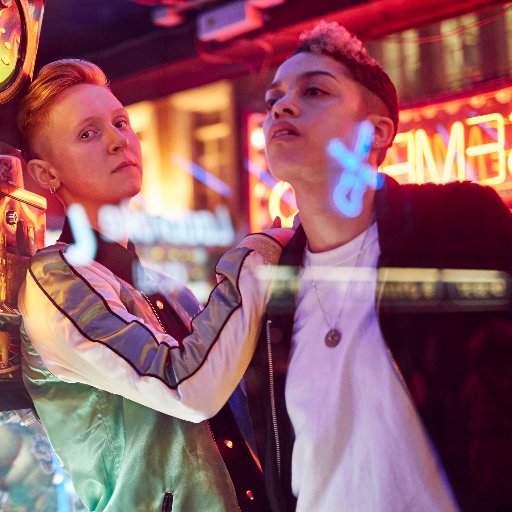 I saw you for the first time in 2014 at Bestival when you were called ‘Nimmo and the Gauntletts’ – why the name change?

It was too long. People weren’t remembering it. We set that name up when we were 16, so that’s 10 years ago. We were at secondary school with acoustic guitars and playing songs in our mums’ house. It all started with the folk situation because we had two acoustic guitars and two voices but we’ve moved on. It’s been a long, long time. The name doesn’t suit the genre anymore.

It’s been a long, long time. The name doesn’t suit the genre anymore.

We went back to Bestival this year. It’s the second time we’ve played there but we did two sets. It’s one of the best festivals to play actually so if you’re asked to go back, you go back. We love it, it’s one of our faves. It always delivers in terms of the crowd and we always tend to play a really fun stage.

Tell me about your friendship and how you’ve got to this point as Nimmo.

We met on the first day of secondary school when were 10 or 11. We got put in the same form class. Instantly, we became friends and bonded straight away over music and writing. So we started to set up our own little projects with different formations and different genres as we moved through school. When we went to university we knuckled down a bit more and brought a drummer into the band. That’s where we really developed the band into more what it is now.

We started it with just us as a duo and then we brought others into it. So there are more school friends that we grew up with that are also part of the band which is all part of the story. We are the singers and often people just refer to the singers. That’s just the way it’s worked. It doesn’t bother us being called a duo. It’s not frustrating. We very much drive the band in the fact that we’re songwriters. Naturally, we’re going to get more focus. It’s just striking that balance of people knowing that everyone is involved.

We’re so close that our friendship is not something we really think about. It’s just there. If it wasn’t for the friendship we wouldn’t be making the music we make so it’s just rooted in everything we do. Maybe it does effect the music in that we’re so open when we write together. There’s no egos. Nobody shies away from presenting an idea or criticising or working together. It just feels normal.

You’ve mentioned your folk past, how has your music changed over time?

It’s quite hard to pinpoint because it’s such a long evolution. It’s been a real gradual progression of getting new members, listening to new music, coming of age in London and discovering the nightlife in London. Knowing where our roots are in terms of the energy of the music what we wanted to make. I could sit at home and write folk songs all day, but when it comes to standing and singing those songs and performing them, we started to realise we wanted something so much more aggressive and high energy that we can lose ourselves in. It suits our personality more.

The London nightlife really made us want to push things faster. It made us want people to experience something more physical from going to our live shows. Going to clubs is the only way you should listen to dance music. Personally, it’s such an incredible experience in terms of what it does to your wellbeing. It’s something that can completely clear your mind.

Because we’re all genuinely best friends, we’re all experiencing these things together. It’s not like someone came into the room one day and said: “Oh my god! I went to a club last night. We need to make music that feels like that.” It seeps into our rehearsals and our writing processes. It’s happened really naturally. 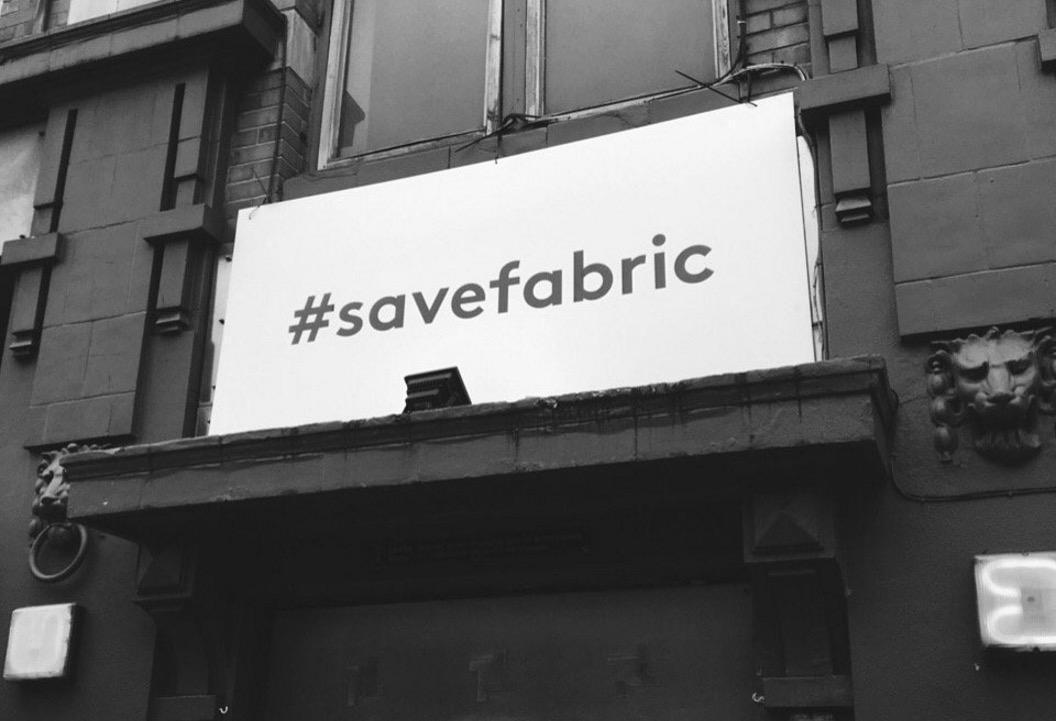 For some reason, a lot of publications want to tag you with the 80s synth-pop era?

I know. Lots of people find us quite 80s. It might be to do with the tone of our voices. Also, we do have about seven synthesizers on stage. It’s funny, we only properly discovered – obviously we’d heard of them – bands like New Order because they were names that got put on us when we got signed. The Guardian wrote that we sounded like New Order and we were like: “Oh, did they?” We went back and listened to them and you can kind of hear it. Darkness in lyrics and a synthy instrumental is probably a lot more true to 80s synth music than it is to synth music now, which, generally, is a bit brighter, positive and loved up.

The Guardian wrote that we sounded like New Order and we were like: “Oh, did they?” We went back and listened to them and you can kind of hear it.

Everybody wants to put you with another band. You can’t describe something without a point of reference. But we’ve always said that we don’t know who we sound like. There’s not a scene that we slot into. It makes it more exciting for us definitely because we’ve got ambitions to play the John Peel Stage on a Friday or Saturday at Glastonbury but also at the Dance Village at 3AM. Those are two worlds that we completely see ourselves joining. It suits us better as people.

On your new track Dancing Makes Us Brave – instantly the title gives out a particular message. What’s the track about?

It’s about growing out, losing yourself, dancing and feeling music physically. Confronting music in a live space is a really important thing that is less valued in cities at the moment. It’s something we do to get over our own personal experiences. When we get stressed, it’s the way we relax. Growing up in London, it’s part of the way we socialise.

There’s a lot of subject matters in the new album that come out of the age of 24 or 25. Getting that little bit older and not feeling old. But watching everyone above you get older and thinking suddenly: “God. In 10 more years am I going to have to be a bit more responsible?” It’s a scary time and we’ve all felt that. There’s a lot of that fear running through the whole record and Dancing Makes Us Brave is the mantra for it.

Everything that we write is personal. It’s good because I (Sarah) keep lots of journals. I’m always writing about how I feel. Which sounds really cringe but I have this total fear of not remembering any of the times that we’ve had to together. So it’s really easy when we come to write a song because there’s so much there. Writing about personal stuff isn’t a difficult challenge to us.

Definitely. When you’re supporting an artist you’re proving yourself. You’re stepping out in front of people who aren’t necessarily your fans. So it’s great to go out on a headline show and have confidence that the people are there for you. It’s quite exciting but a big responsibility.

Playing live is the most important thing to us. We grew up playing every open mic night in Camden. Even when we got more people in the band we still put the live show first. Booked ourselves little tours playing tiny venues with nobody there but being totally satisfied because we were playing live.

On MØ, we had a really good time. It was a really nice to tour with someone. We clicked with her whole team, they were really like-minded people that we’d hang around with outside of music anyway. It was both our birthdays while we were out there as well so we had some really good nights with her.