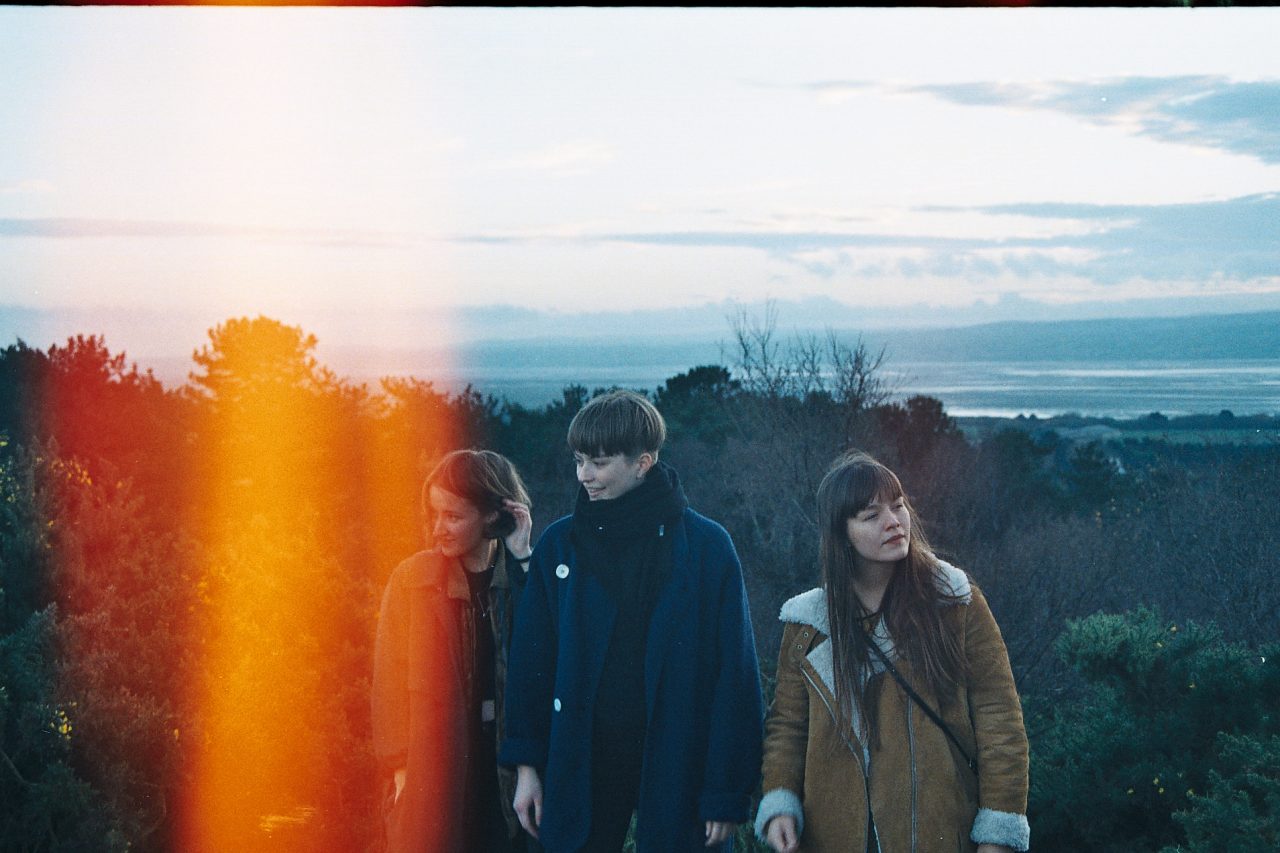 Be wistfully transported to Nordic landscapes through the immersive harmonies of I See Rivers – a Liverpool-based trio with their roots firmly planted in Norwegian folk. A trinity of elegant voices mesh together to produce a charming sound, peppered with infectious melodies. I spoke to one of those voices, Lill Scheie, about the origins of the band, their summer performances, the upcoming EP and their infatuation with Wales.

We have missed you, Wales 💙 pic.twitter.com/zEyyjixG1q

So how did three Norwegians end up in Liverpool?

First of all, we didn’t know each other before we moved here. We are all from such different parts of Norway that we never would have met there. We came down to Liverpool to study music. Norway is great for music but they don’t really offer a degree in popular music and business, so we had to come to a different country to do that. The school we went to has always had a history of having international students, especially Norwegians for some reason. My neighbour actually went to that school a few years before me.

I’ve never lived in another city in the UK other than Liverpool but there’s a lot of musical stuff going on all the time. A lot of open mics and concert venues which is great. That certainly doesn’t happen in Oslo, and Oslo is the capital of Norway. It might not be the easiest place to play your music because there’s so much going on every day. People get a bit numb to it. Although, it’s easier to experiment here than it is in Norway.

Liverpool is very meaningful to us because this is where we started. This is where the band was formed.

Liverpool is very meaningful to us because this is where we started. This is where the band was formed. The people in Liverpool are extremely lovely and have been very kind to us. I mean, we’re three Norwegian girls singing in broken accents!

You describe yourself as ‘Float Folk’ – what is that?

I think it’s up to the listener to put whatever meaning they want to into that. But it’s kind of what we want to convey through our music. We’re still very tied to our roots in terms of the folk music. We try to bring in elements from both English folk and Norwegian folk. I think the place that they meet is in that floaty area. A lot of our songs have elements of nature in it, usually in the lyrics of course. We try to include as much of Norway as possible.

The thing that most people comment on when they hear your music is the voices – surely you realise you’ve got a perfect vocal harmony going on?

We’re all originally vocalists. Even though we all play different instruments, I think I can speak for everyone when I say that we all love singing the most. We try to spend a lot more time on the vocals than we do on the instrumentation and when we’re writing we always try to think of the kind of harmonies we could make during the different sections of the song. Of course it all has to fit to together but that’s where we spend most of our time because it’s the most fun.

For me, when arranging vocals in I See Rivers, it’s like a very frustrating puzzle. You can see where the pieces are supposed to be but then you can’t find the corner piece or you can’t find the pieces that belong together. We’ve been working together for almost three years now and in the last year or so everything is getting easier in terms of arranging and harmonies. It comes more naturally now because we know each other and our voices.

You’ve had a busy year playing live. Firstly supporting Newton Faulkner, how did that come about and what was it like?

It was through Sofar Sounds which is an amazing community all over the world which puts on concerts in people’s living rooms and cafes. The deal is that they announce a date and you have to send an email saying “I want to be a part of this.”  But you don’t know the artist or the place before the actual date. We got asked to do one in London in January and it just so happened Newton was playing as well. It’s brilliant because the people that show up are truly there for the musical experience.

One of our main goals was to travel and see the country and we got to do that.

Newton’s tour was very fun. It’s the biggest tour we’ve ever done. In the UK, we’ve only ever played in Liverpool and a couple of times in London. One of our main goals was to travel and see the country and we got to do that. We were pleasantly surprised because being a support act can sometimes be hard. In a way you’ve got to prove yourself to an audience that are not there for you, they’re there for the main artist. But Newton has always been extremely good to his fans and generally his fan base are a bunch of extremely nice, intelligent, musical human beings.

You also did some festivals. Among those was Green Man – was that up there in your favourites?

Yes! Green Man was the best. We truly love Wales. None of us had been in Wales before the tour with Newton this spring. But just this year we’ve been there four times because it’s amazing.

To be honest with you, when I woke up in my tent the morning of that gig at Green Man I was very worried because the weather was horrible. It was pouring and cold, and we were on very early. One of the first bands playing that day. I thought: “it’s going to be a great experience anyway but can you imagine if only 5 people turn up in front of that huge stage.” But then the sun came out, people went for breakfast, and it just exceeded our expectations. Who’d have thought that people in Wales would come to see a Norwegian band? 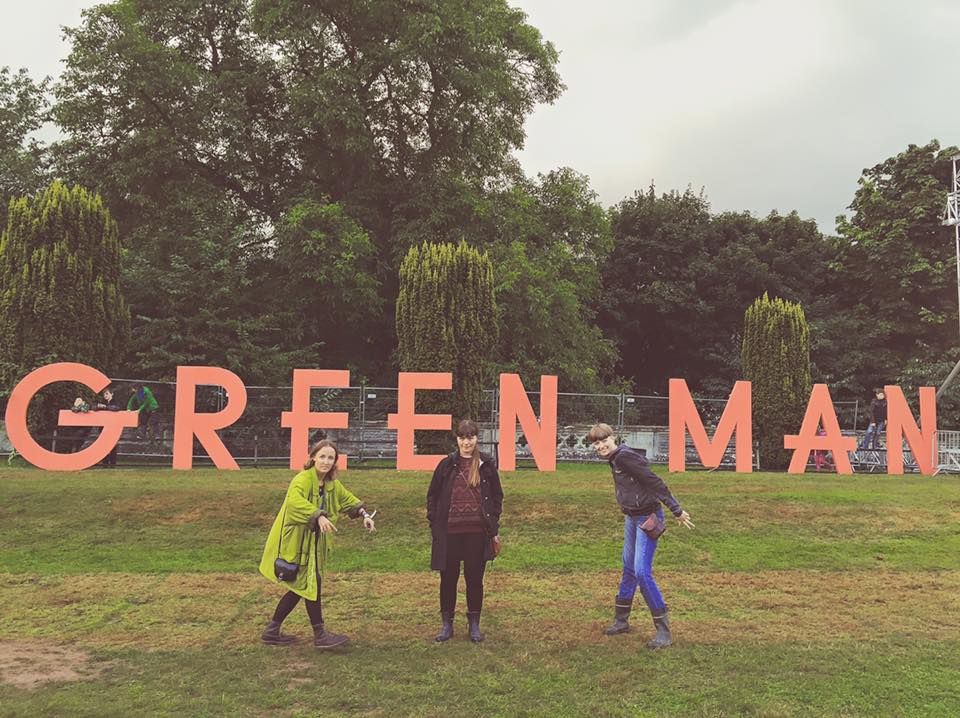 One thing I noticed is that after every song you all kept looking over at each other. You can tell the connections in the band are strong.

They might not be my sisters in blood but they are in spirit. We are very close. They’re my family away from home really. Being three Norwegian girls in Liverpool it’s so nice to have someone to share Norway with. We also have a few similar reference points in terms of the music. Everything we do is based on our friendship. I don’t think we would have done this if we weren’t best friends as well. That’s the beauty of this industry at the stage we’re at now; you can choose who you want to work with and we’re so incredibly lucky to be able to do that. There’s really no barriers between us, we’ve been living together now for 2 years and we share everything. Even living spaces!

You’ve also been recording your EP in Wales recently – tell me a bit more about that.

We stayed in Pembrokeshire and were at a studio called StudiOwz owned by Owain Fleetwood Jenkins. He’s a great guy and an extremely good engineer.

I feel like Wales is almost a mini Norway because the nature is just gorgeous. You have mountains and everything is so green.

We like to write about nature and I think the thing we miss the most about Norway – apart from our families of course – is the nature. And I feel like Wales is almost a mini Norway because the nature is just gorgeous. You have mountains and everything is so green. It was lovely to be surrounded by that for a few weeks. But yes, we wanted to make it an experience and not just record the EP at home or at the studio here in town. We wanted to put ourselves somewhere for two weeks and see what we could create.

We’re going back in November to finish some things off for the EP.  We’re co-producing it ourselves to make it more true to what we’re doing live. We’ve played everything on the EP ourselves which we didn’t do for our single, Loved Ones. We had session musicians for that. Now it’s a lot more organic. And the way Owain works on it builds onto that. He’s played a big role in how the EP has ended up sounding in a very positive way. Now we’re just excited to get it done and we’re very proud of what we’ve done so far. I just hope when it is out there that people enjoy it.

On your track ‘Loved Ones’, what were your thoughts on it hitting 70,000 plays on Spotify?

Before we went on tour with Newton that song had about five or six-thousand plays. After the tour and after the exposure we got from that it started to get a lot more. That was a bit of a shock because the single has been out for over a year now and it was such a huge difference in just a month. It’s humbling to have people listen and respond to your music. I don’t know how to deal with that. It makes me feel very good.

We do everything ourselves. We’re very much a DIY band in that we write all of our own songs of course. But we also do all our booking, our management and we’re basically our own label right now. So to see all those months and years pay off like that when people get to hear our music, see us live or read this interview. Seeing all that work become something is quite surreal but in the best way possible. That’s why we do this. It’s all about the music.

Click here for tickets to see I See Rivers at Liverpool Music Week on November 4th.

Listen to the full interview audio below: