INTERVIEW: Andy Hopkins from The Enemy 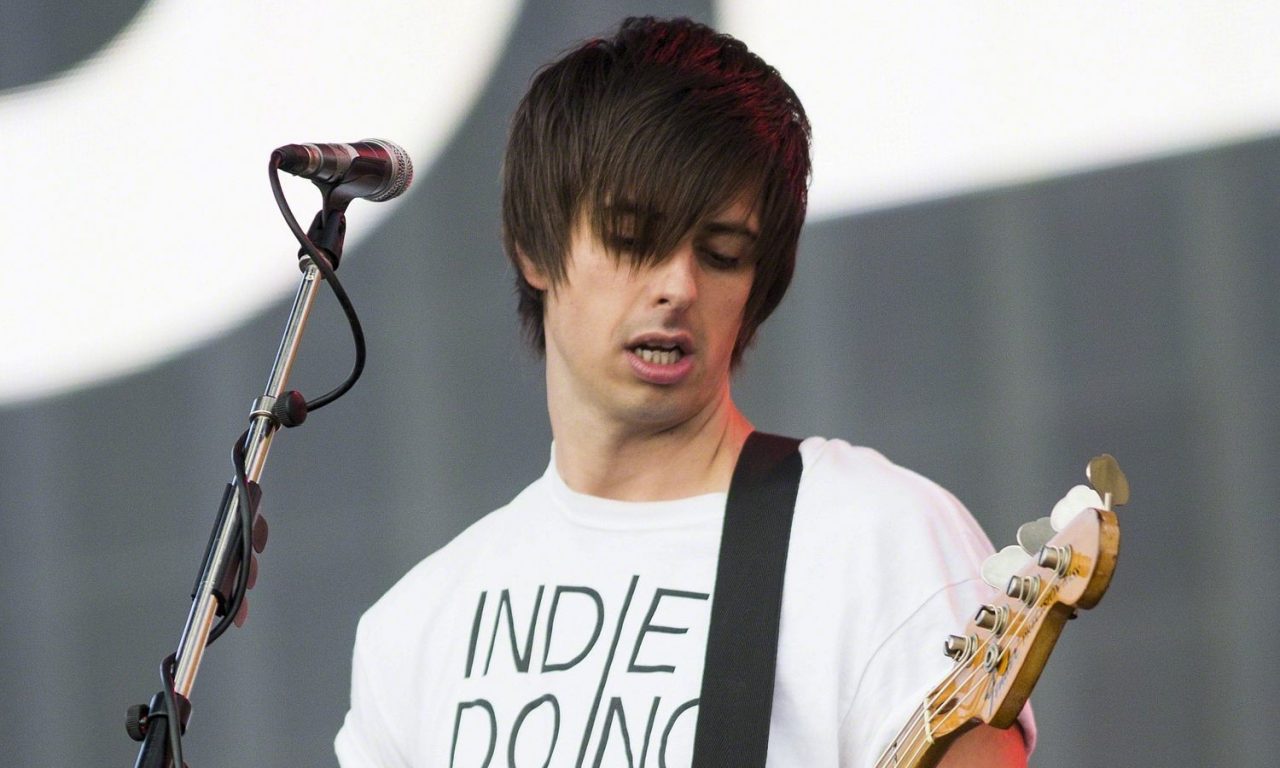 It’s been a decade since The Enemy sprung into prominence with UK Number 1 record We’ll Live And Die In These Towns. Three albums, a handful of awards and a trip to Wembley – in support of Oasis – later, and the Coventry trio are ready to bow out. I talked to bassist Andy about the end of The Enemy, the radio industry and the future of bands.

How difficult was the process of everyone knowing The Enemy was going to have to be brought to an end?

Difficult, definitely. Not a nice conversation, but maybe a sensible conversation. We don’t want to be one of those bands who keep going and going and going. It kind of gets to a point where you’re back into 300 capacity venues. We’d rather finish it on a positive, and you know, this tour sold out in minutes. 2500 capacity in London, 1750 in Leeds, 3000 in Coventry. It’s good to bow out at a good level and leave our legacy intact, rather than just run into the floor.

So we just thought: “You know what, maybe it’s time.”

We got ten years out of it and it’s been an amazing journey. But we just feel now is the right time. Liam has just had a little girl. And it was getting to a point where we were going through the motions a little bit. We don’t want to be that band. Radio was also a bit difficult to get traction on our last record. So we just thought: “You know what, maybe it’s time.” That conversation was always going to come at some point. I think it’s better to do that now rather than go for another five years and start falling out of love with what we do.

How long was the thought of stopping floating about in the band?

About three or four months. But you know, we’ve done well out of The Enemy. We’ve been lucky and had success. We’ve got good personal assets. When you keep going and all of a sudden you start putting your own assets at risk it begs the question: “what are we doing here?” Without the radio play it was starting to become a problem to get certain gigs and command certain fees. When it gets to that point, you start eating your own personal funds up and we can’t do that. We can’t risk what we’ve built up.

We have a legacy to protect. We’re proud of all the records we’ve put out, certainly the first record.

So like I say, it’s better to bow out at a great level rather than peter out. We have a legacy to protect. We’re proud of all the records we’ve put out, certainly the first record. We put that out when we were 18 or 19 and we think it’s one of the best records to come out of that generation. So we want people to celebrate that. 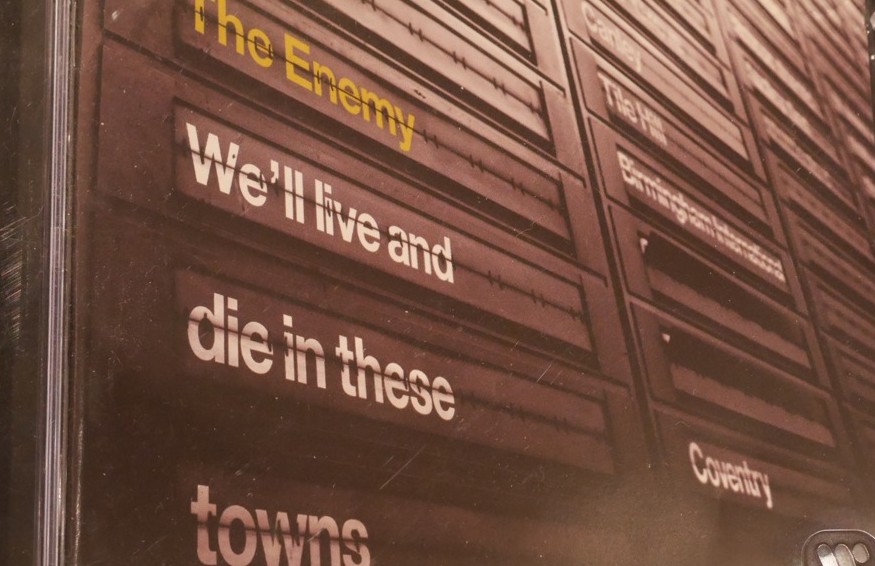 You’ve talked about your last record ‘It’s Automatic’, how right did it feel to end on that one?

We think it’s a great record. There’s some great songs on it. Very different to some of the others we’ve done. The second record (Music For The People) is the one for us where it took the wind out of our sails, it was a very difficult record to make. It was a quick turnaround and it didn’t quite work out for us. But the last record is the second best record we’ve made out of the four. It was a brave decision to go where we did with it, sonically. So I’m really proud of it.

What are the frustrations you have with radio play?

Let’s not beat around the bush. There’s other bands being played on the radio. People may look at us and think we’ve had our chance at radio. I can’t deny, we have had our chance. Maybe we blew it and never really recovered from that. But for us to not find somewhere on radio with the last record we made – we’re 28/29 years old – and there’s nobody on the BBC who can play it; it’s a bitter pill to swallow.

It’s not down to anyone in our team. They’re very well thought of in the BBC building. It just turns out we didn’t have enough fans there. We had some fans in daytime Radio 1, but the problem with how Radio 1 is set up, is that if Clara (Amfo), Greg (James) or Chris (Stark) want to play the track in the daytime, then it needs to have evening play. We’re too big for Phil Taggart. We’re too big for Huw (Stephens) to play. So we’re then down to Annie (Mac). Annie’s producers liked it, but Annie didn’t. I have to respect that. So that’s where we fell short. It got a couple of spins on Radio 2, it got a couple of spins on Radio X. But that’s not moving the dial enough for our ambitions as a band. On that note, we came to the conclusion that it was time to bow out.

Where do you see radio heading?

The problem with radio is that it’s very stat driven. It’s all well and good looking at Spotify plays, but the one stat they often seem to forget is ticket sales. We’re selling tickets up and down the country as are The Courteeners. The Courteeners actually are a great example. Radio 1 didn’t play them for years. But it’s become such a big thing – the north-south divide – that The Courteeners could sell 70,000 tickets on a tour and all of a sudden Radio 1 are like: “SH*T! We’ve got to start playing this band.”

What’s not working – if you look round the festivals – is that there’s no headliners.

The radio industry has grown by the biggest percentage for twenty years, so the business is working. What’s not working – if you look round the festivals – is that there’s no headliners. That’s because we’re not building bands. Everyone wants the newest thing all the time. The bottom line is, 99.9% of people have jobs, they don’t really think about music like everyone else does. They drive a van. They buy two albums a year. So what we need to work out as an industry is, how bands like us get to those people. Because since our tour went on sale and we’ve got all this publicity, fans have come out the woodwork and said: “Where’ve you been for five or six years?” They don’t even know about our records because they’re not getting to those people.

Do you think that people will go back and reach for an album of The Enemy years from now?

Maybe. First record I bought was by Oasis. After that I looked back. “Oh, The Jam. Oh, they like The Stone Roses. Oh, THEY like the Small Faces. Oh, The Who. The Beatles. Oh, right okay Cream. Oh, Love.” You know, that’s how it works. It’s just a constant digging thing. We will be one of those bands, and I think there is an appetite for bands. I went to an ‘all-dayer’ recently and all the bands were rubbish, but there were 800-900 kids there… waiting.

But I know I can put album one out there and go: “I know that’s on a level.” And I know I can stand tall and proud about that record.

I just think we need that new Oasis that will come along and absolutely resurrect the lot. Don’t know who it is, but it’s going to happen because there’s an underbelly of hunger there. At the minute, I don’t think the bands are good enough. People ask me about Catfish and the Bottlemen and I think: “Yeah, they’re alright.” Have they got bigger songs than anything off the first Enemy record? No. And that’s not me having a pop. Anyone can have a pop at our albums. Have a pop at album two, three and four. But I know I can put album one out there and go: “I know that’s on a level.” And I know I can stand tall and proud about that record. It did business. That’s that. I will always have that card.

How will that ‘game changing’ big band come about?

Nobody can control it. It’s a magic. I remember when the Arctic Monkeys came through. No one knew about that. It just happened. They sold 2000-3000 tickets on word of mouth. The kids decide. It’s a meeting, it’s a magic in the air that pings everything together. Social media makes things a bit quicker, but the problem with how quick it moves is that the kids move on quicker. So we don’t have this moment where everything gels and 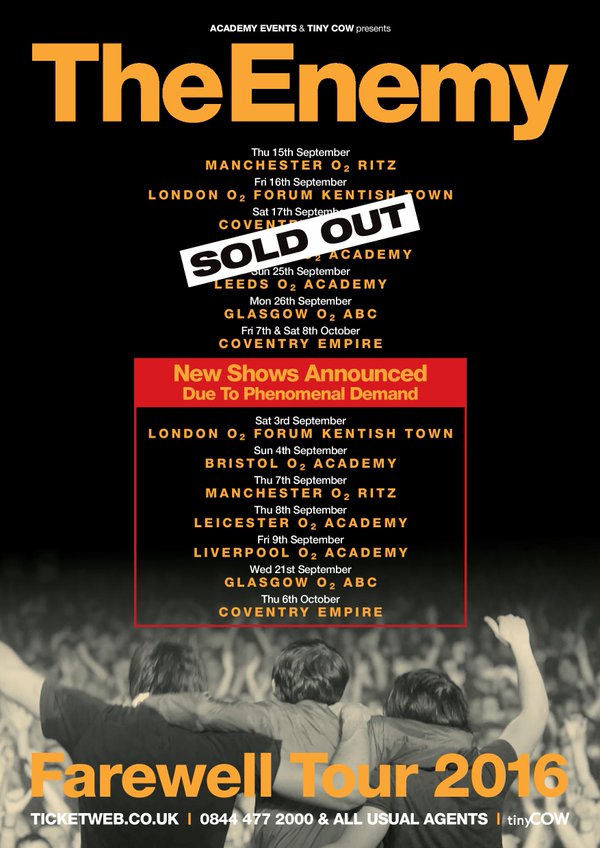 comes together as one. Everything is so fast; we don’t let things settle.

On selling tickets, your tour has already sold out. What does that feel like?

I’m just delighted people give a sh*t to be honest. It’s amazing. I’m proud about that. I’m proud we connect with people. I remember hearing the first records I ever bought, getting excited about bands and putting posters up on my wall. To think we’re one of those bands is the biggest buzz of it all. It’s amazing really that we can impact on people’s lives like that.

When this Farewell Tour ends, what achievements will you hold most fondly?

Supporting The Rolling Stones. Being asked to be on the last ever Oasis tour. Selling out 20,000 tickets in your home town. Doing all the festivals. Seeing the world with my mates and being paid for the privilege. First record selling double platinum. It’s just mad! We used to spend six quid hiring out a little room knocking some sounds together.

Someone said to me, you can times every record sale by three because of people who’ve heard it or robbed it for free or whatever. So if we sold 600,000 that means 1.8 million people have heard it. That’s one in forty people in this country who have heard our record. That’s pretty mental. 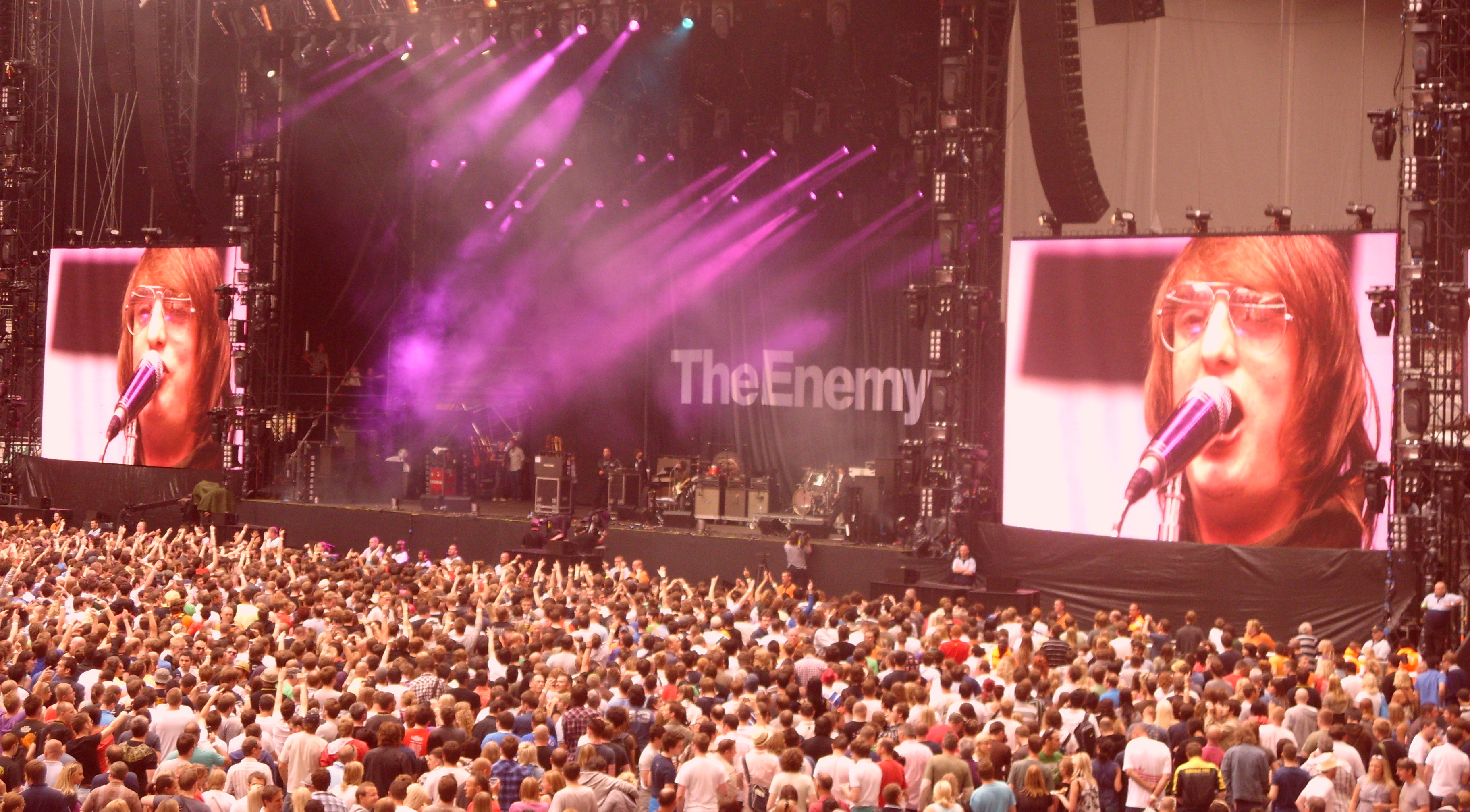 If there’s one song you’d want to be remembered by, what would it be?