INTERVIEW: Edd Simpson from Once Upon a Dead Man 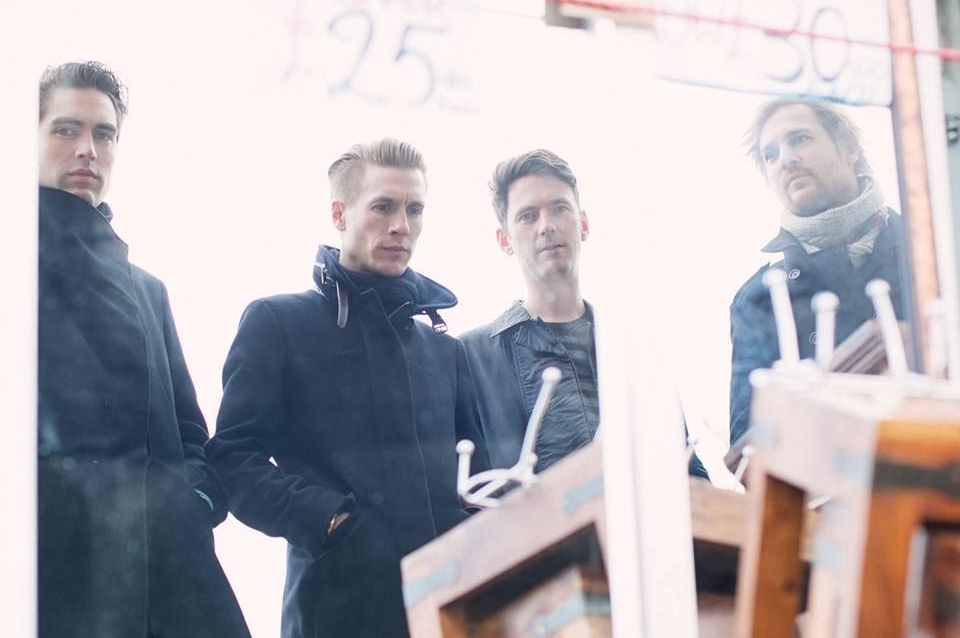 Familiar fragments of Busted, Fightstar, Union Sound Set and More Dangerous Animals unify to form a sound that is utterly unexpected. Once Upon a Dead Man’s debut EP, Concepts and Phenomena, sees the Simpson brothers – plus an old friend – venture into the dusky underpass of musical uncertainty, only to come out the other side gleaming in a blitz of silk-lined electro-pop.

Concepts and Phenomena is instrumentally impressive. No doubt. However, striking more immediately, is a resounding sense of liberation. Each track pours with the kind of expression often found absent in conventional pop music. This isn’t just the sound of sophisticated synth-pop. It’s the sound of a band exploring new-found possibilities. A vibrant project becoming its own entity.

All this, and yet Once Upon a Dead Man are so far somewhat of an unknown quantity. Luckily, I spoke with Edd Simpson to try to sort that out.

How did the formation of Once Upon a Dead Man come about?

Quite a few years back when we were all doing our own different musical endeavours. One day we sat down and said: “What do you reckon about doing something together?” It was an idea that just sat in the ether for a little while. But once we found a name and got Simon (Britcliffe) involved, we made some time to start writing. It was a gradual process that got more and more frequent over a few years until it felt like we could make a record we all wanted to make.

When you look at all the previous projects in the band, it’s quite an unexpected sound. I doubt that happened overnight?

The only sort of criteria we had when we were writing the record was that it didn’t sound like anything we’d done before. We didn’t want to write a Fightstar spin-off kind of thing. So it took some trial and error, and we wrote some music where we were like: “Yeah we like it but it’s still not quite right.” The electronic sound stayed with us because it made sense in terms of the way we wanted to do the projects.

Eventually we got to a point with the song Rush where we knew this is where we wanted to be, and the record grew from there.

We wanted to come together in Simon’s living room or Charlie’s loft and just write. We were never going to be hiring a big rehearsal space with drums, amps and all that kind of stuff. Also, it was something none of us had gone into before. Eventually we got to a point with the song Rush where we knew this is where we wanted to be, and the record grew from there.

You think about Busted, Fightstar and Union Sound Set, musically there’s quite a lot of different things going on. How did you find the starting point where everyone was happy to go from?

One of the first songs we wrote was a song we all liked, but it just sounded as if it could be on a Phoenix record. It didn’t sound like any of our bands, but it didn’t sound like something distinct and something that felt like us.I don’t know what it was about Rush. I remember the moment we were listening to it in Simon’s kitchen. We all sat there round the table and said: “That’s it.” It had the right vibe. Sonically, it sounded right. And it felt like a reference to all the bands we love, but not a repetition of it.

Is Once Upon a Dead Man a chance for everybody to pay homage to artists you’ve not had the chance to in other bands?

One of our collective favourite records is The Postal Service’s Give Up. We love bands like The Notwist, and we like the new CHVRCHES stuff that’s come out. One of our favourite recent records is a record by Jimmy Lavalle, he also wrote a record with Mark Kozelek from Sun Kil Moon (Perils from the Sea). That’s an incredible album. So yeah, it was an opportunity to feed off those influences that wouldn’t naturally work their way into previous records.

Was it more liberating delving into the unknown?

What was it like working with three brothers in the band?

It’s great in terms of having the freedom to challenge each other and not be reserved. When working together, we were very direct and very honest with one another, which helped the creative process. Most bands come together for the sole purpose of making music, that’s where the relationship has its core.

We wanted to make the best record we possibly could, but not at the expense of those relationships.

Whereas with us, that’s not where the relationship has its core. We’re best friends and brothers. So those relationships will always be first priority. So when there was tension, that was always in the back of our minds. We wanted to make the best record we possibly could, but not at the expense of those relationships.

Touching on the reaction so far, it’s been quite positive. As a new musical direction, were you ever conscious about how it would be received?

You do think about it. But when you’re in the midst of making a record, the only thing you think about is making the record. The moment you start thinking outside that, you lose a sense of what you’re doing and why you’re doing it. Of course once you’ve finished it – naturally – you want it to be received positively. Thankfully, I haven’t read too much negative stuff so far. But even then, you’ve got to take reviews with a pinch of salt. As much as you can read a great one, you can also read a not so positive one. It’s just one person’s opinion, and that’s all it will always be. Music is a subjective thing, we’re under no illusions. Some people will like it and some people won’t. That’s just the nature of creating something.

How far can Once Upon a Dead Man go?

I don’t know is the long and short of it. The good thing about doing this with your brothers and Simon is that we’re always going to be with each other. The nature of the music we’re making means we don’t have to hire big spaces. We can just get together and write.

I think it will always remain a project which is done by us when we want to and when we can.

There’s certainly been discussion of future records and we’re already writing towards that. I don’t know when it will be because obviously Charlie will have a busy year or two coming up. I think it will always remain a project which is done by us when we want to and when we can. It may be a bit sporadic here and there, but we definitely want to keep making music together.

Any thoughts about touring it?

We’ve discussed but it’s about timing, opportunity and demand. We didn’t know when we put this record out whether anyone would turn up to live shows. Obviously we’d love to play together. I can’t think of many better things than being on stage with my brothers. Although, it wouldn’t be something we can just set up and do. It’d take some work. We’d have to think about how it’d translate live and how we would do that. We’d like to justify the music as much as possible.

Concepts and Phenomena is available on iTunes, Bandcamp, Spotify and Amazon Music.