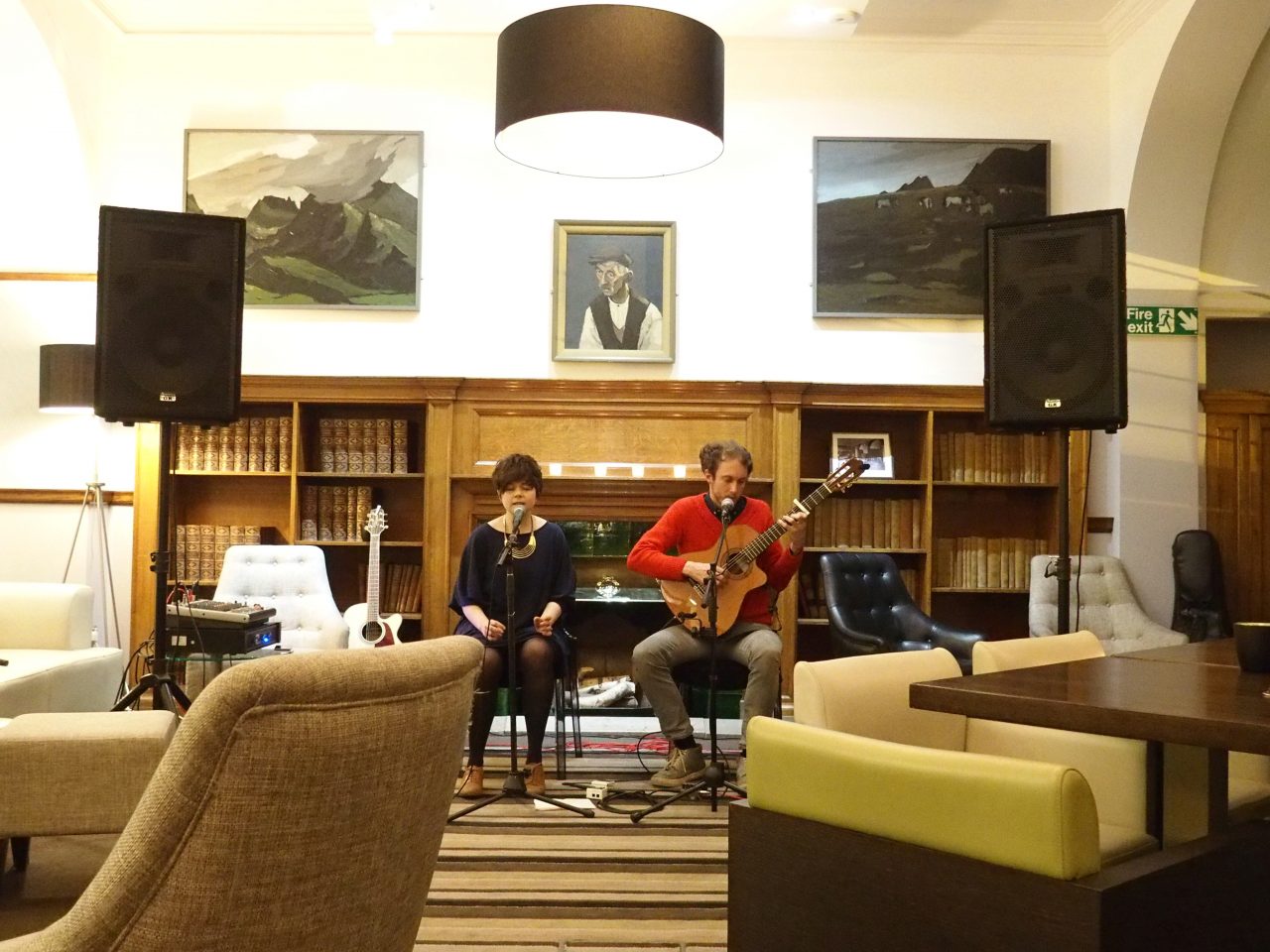 There’s no justifiable excuse thinkable. How did you miss Golden Fable at the Teras Lounge last Saturday? It didn’t cost a penny to get in. It didn’t plunge you into nausea. And, notably, it didn’t make you leave with an overwhelming sense of regret. In fact, it probably would have been the most morally correct decision of your life.

I first saw Golden Fable three years ago at Bestival. They had me sold. Despite the grating raucous of the festival environment – where I was cold, muddy and cold – the Welsh duo’s elegance blossomed through the very noise that swathed them.

This isn’t a gig review as such. Although, it wouldn’t be rational to propel into a spiral of quotes without a brief word on their performance, so here’s one: transcendental. Very few live acts I’ve seen incite this effect within me. An experience which suppresses the influence of my surroundings, plummeting me into a bizarre state of musical limbo bordering on otherworldly.

Basically (and less pretentiously), it’s just me and the music. On that basis, Golden Fable – for me – stand majestically with the likes of Julia Holter, Joanna Newsom and Bjork.

As it happened, I wasn’t the only one who enjoyed the gig. Rebecca and Tim, of Golden Fable, also found the setting of the Teras Lounge rather apt.

“We really enjoyed it. It was a brilliant atmosphere and a wonderful room to play in. Especially when we play stripped back like that.”

This time last year, the Flintshire pair played at SXSW in Austin, Texas. Now, they find themselves back in the familiar land of North Wales.

“The offer for Austin came through and we couldn’t say no. It was a really good experience. But with this (Teras Lounge, Bangor), it was a very appreciative crowd, and much more relaxed.”

With the relaxed ambience, Golden Fable saw fit to showcase some of their newer material, boasting a more resonant, atmospheric sound.

“I think we’ve just been experimenting really. With different styles, different tempos, different arrangements. So far things have been stripped back.

“It’s about trying to test the water with a few different things. There’s some songs that are fairly downbeat. We have some instrumental ones. And coming up we have some more upbeat ones.”

Since last October, Golden Fable have been releasing a new song every month. A method that has already seen tracks such as Burning Song picked up by BBC Radio 6 Music.

“We’ve released two albums so far. Whenever you do an album cycle, you’re often sat on the same material for a long time.

“We wanted to break away from that and have a more organic approach, and just have a different kind of style of releasing music so people have access to material quicker.”

As a music fan, I find myself despairingly losing faith in the integrity of most artists I cherish.

However, you can erase Golden Fable from that list. I find their consideration for the audience nothing short of a glimmer of hope in an otherwise commercially driven industry.

“We do have quite a dedicated group of fans who will listen to everything, so that’s the main thing really. It’s just about making sure everybody keeps sticking with us.”