Finland Knocked Out of Eurovision in Semi-Final 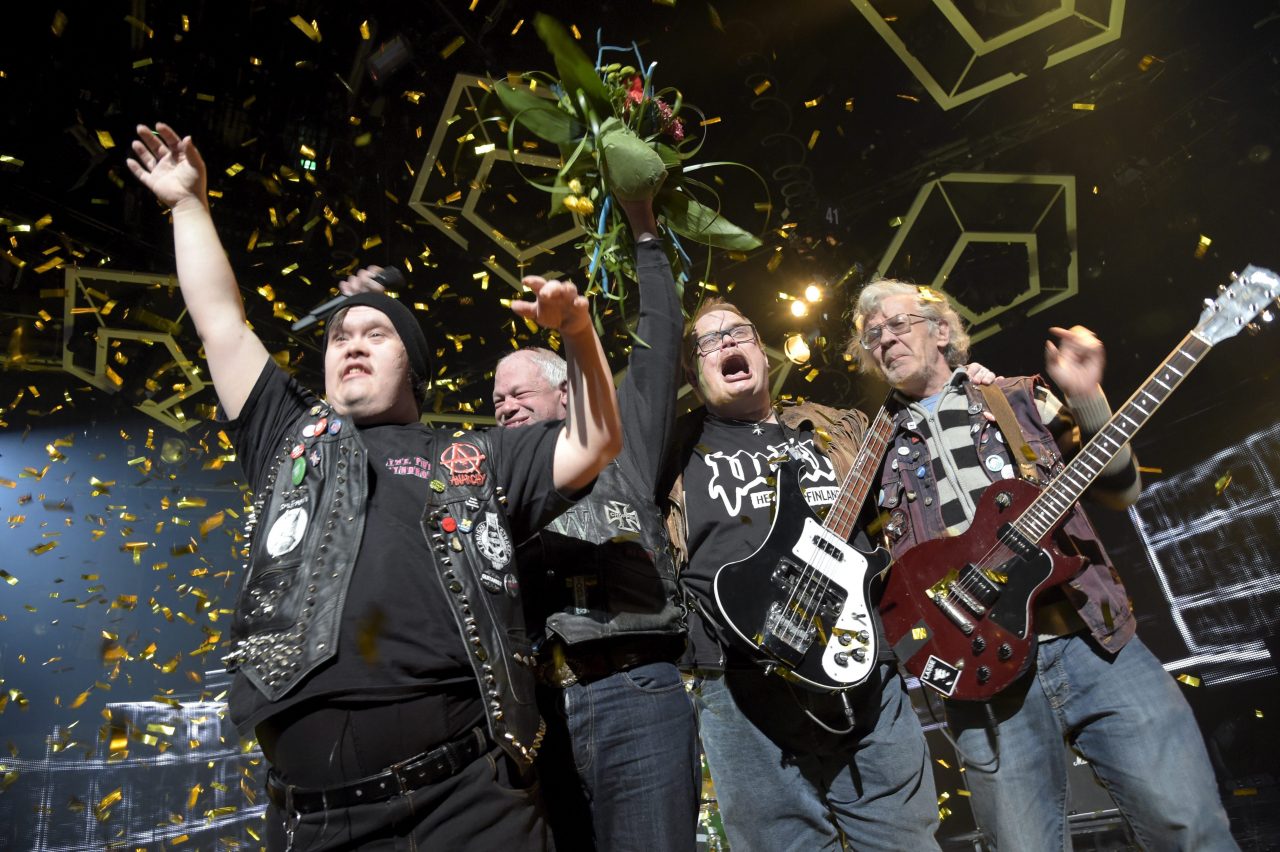 So, Finland got knocked out of Eurovision in the semi-finals. As a Finn this does not awaken feelings of defeat as much as fear. As author Jari Tervo said in his blog after Pertti Kurikan Nimipäivät was announced as our Eurovision candidate: “Pertti Kurikan Nimipäivät does good for the image of Finland in front of hundreds of millions of viewers as tolerant, humane, open-armed, relaxed, happy, tolerant towards minorities and distinctive. We all know that Finland isn’t like that, but this is the image of Finland we are talking about.”

I considered this an accurate statement at the time, and fear that it still holds true.

People were against sending the band into Eurovision, and with some people this had very little to do with musical taste. As a Finn I have read message boards with disgust and shame, with the loud minority chanting the one and the same: “We’ll be sent home first and then I’ll be ashamed to be a Finn.”

Losing at an early stage is not the worst, I think. No, the worst part will be the loud, anonymous minority’s “I told you so.” It will not matter that there must be technical reasons for Finland’s early leaving of the competition, such as the language of the song. Historically songs sung in Finnish have not been successful in Eurovision. However, I am afraid that this won’t be recognised and the only reason why we were kicked out at this stage is our choice of performer. Why did we choose a distinctive act, when we knew that at the end this won’t bring us success in the competition?

Because it was the right thing to do.

Petri Kurikan Nimipäivät getting nominated for Eurovision started off as a message of positivity. It’s not all about competition. Instead of choosing the bland and tasteless, we went for something distinctive and raspy. This was the moment I was proud of being Finnish, like when we won with Lordi. We were different, looked down upon by critics but rose above it with wings of Monster Hallelujah! This leap into the unknown brought us success in 2006. Pertti Kurikan Nimipäivät started with a similar idea. Still, without a track record of success in competitions to prove the haters wrong, the original joy of making music and being yourself backlashes and becomes the reason for defeat. If we had chosen the generic Satin Circus, this wouldn’t have happened. The message of positivity turns into negativity. We knew this would happen. And now it did.

Pertti Kurikan Nimipäivät did not want to be recognised as a band consisting of disabled people. Journalists have appeared intolerant toward the band, commenting on their looks rather than their music. This is the same hatred convoyed by the obnoxious anonymous minority, just in a more socially-acceptable form. In this the controversy sings its laud: “We are not like you, but we’re here still.” The song was good and meaningful, explaining the frustrations of having others to make decisions on your behalf. “Aina mun pitää,” I always have to. The song was important, the act was important but this important message didn’t convoy to an international audience. If sung in English, I think we would still be in Vienna. Still, I think we made the right choice. What I am afraid of is next year, when this loud minority pipes up again to ask that hate-filled question: What happened last time?