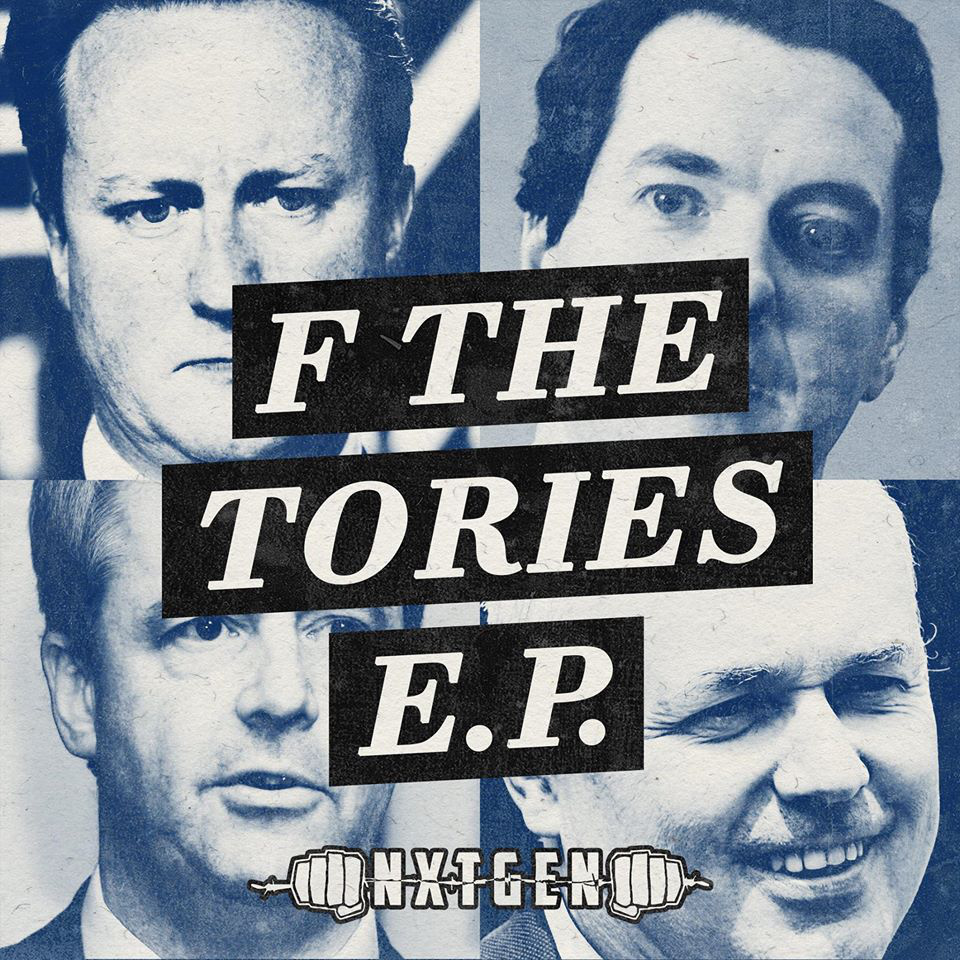 ‘Maggie Maggie Maggie’ by The Larks. ‘Margaret on the Guillotine’ by Morrissey. ‘How Does It Feel?’ by Crass. Remember these? Unless you’re a Baby Boomer or simply into your political ‘80s rock, the likely answer is ‘No’. Perhaps you remember Klaus Nomi’s ‘Ding Dong! The Witch is Dead’ or Elvis Costello’s ‘Tramp the Dirt Down’ from April 2013 when, as the ever-marmite Margaret Thatcher was lain to rest, some fans mourned while others protested and partied in the streets, reviving these morbid songs and making them more morbid still.

The visceral lyrics of these songs sound shocking today. “When they finally put you in the ground / They’ll stand there laughing and tramp the dirt down,” sang Costello. “When will you die?” asked Morrissey five times in a row, simply and directly. These were divisive years, a decade when musicians wore their politics on their sleeves and sold their anti-government tracks by the millions to politically-passionate youths.

Since then, politics seems to have taken a back seat. It’s hard to know whether this is due to changing attitudes on the part of the producer or the customer, or whether it’s simply too dangerous to take an anti-establishment stand lest the establishment itself embraces it. David Cameron himself says that The Jam and The Smiths were his favourite bands from his Eton days. Today’s anti-austerity protesters merely recycle these ‘80s songs and lazily replace the appropriate names.

Now that there’s a Conservative majority government, however, prepare for a return to the old days. Charlotte Church seems more than willing to be the poster girl of the sullen singers, though she has some catching up to do, as carrying the torch at the front so far is Sean Donnelly.

Rapping under the name of NxtGen, Donnelly came to prominence in 2011 when his ‘Andrew Lansley Rap’ went viral on YouTube. Though full of ad hominin attacks with the refrain “Andrew Lansley, greedy / Andrew Lansley, tosser / The NHS is not for sale, you grey-haired manky codger,” it also contained substantially more criticism of actually policy than his 1980s counterparts ever could, thanks to the word-heavy medium of his choice.

NexGen has followed through that success with a debut E.P., F The Tories, which had the timely release date of ten days before the Dissolution of Parliament. Each of the seven tracks lampoons a different government policy or minister, starting with the so-called Bedroom Tax. “We’ll save £500 million. / What about £375 billion we donated to the bankers that they’d been milking?” raps NexGen over a buzzing bass, tame drums and some high-pitched sound effects. “And where is Labour? Come on, you need to get back to the left. / Some of you need a slap to the head ‘cos some of your hearts are actually dead.” No doubt Yvette Cooper and Andy Burnham are considering just this as they rally for support in their leadership bids, though no doubt they are considering even more earnestly to take their battered party back to the centre ground.

A different mode entirely comes with ‘Life on the Dole’. Open piano chords gives it a gentle 30-second introduction before NexGen, who works as a waste collector, raps his sympathy for the un- and underemployed. “Everyone’s quick to judge too soon / Agency gets you work once in a blue moon / A day here, a day there, what can you do? / Truth: this is the life of most of new youth.”

The funniest track on the E.P. is undoubtedly ‘Jeremy Hunt Rap’, which mocks James Naughtie’s infamous Freudian slip on Radio 4’s Today Programme. “Jeremy *cough*, Hunt / Sorry for my cough, I just had to clear it up,” goes the refrain. Unimpressed with the changes to the NHS brought in by the previous government and having previously rapped about Andrew Lansley as Secretary of State for Health, NexGen could hardly leave his successor alone: “It doesn’t matter who provides the service as long as it’s free. / Now you’re talking out your arse, prick / ‘Cos private needs a market. / Billions will be spent and taken away from patient care where the heart is / Like commercial contracts and advertising. / Private firms don’t care about your health or doing the right thing.”

Whatever your personal politics, it’s undeniably refreshing at least one talented rapper is stretching beyond the exhausted subjects of mainstream music and matching his conscience with his art. With slurs that fall short of death wishes, simplistic though valid interpretations of policy and a tongue as wickedly fast as it is sharp, NexGen’s album is welcome opposition in at a time when real opposition is in disarray.

F The Tories was released on 20th March and is available for £3 at https://nxtgenuk.bandcamp.com