Journey of a Winter Journey 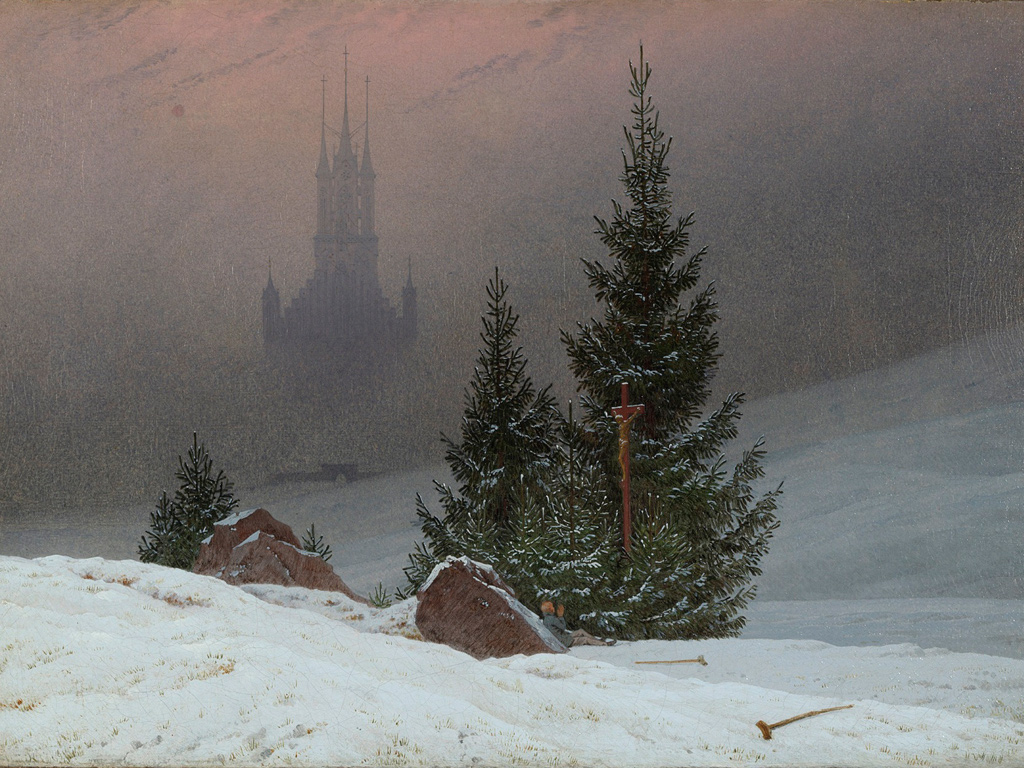 After the rationalism of the Age of Enlightenment, Middle Europeans were feeling a bit detached from their feelings and from their place in nature.

Instead of grand architecture and fancy portraits, artists like Caspar David Friedrich began depicting fearful mountains and lonely woods. People were painted as tiny figures in an overwhelming environment, as in The Chasseur in the Forest, or with their back to the viewer, as in the famous Wanderer above the Sea of Fog, a painting that epitomises the period.

Instead of celebrating society and civilisation, poets likewise took an introspective focus on man’s individual hopes and fear, his accompanying vulnerabilities and failures, and, most of all, his utter isolation.

Such was the world of Wilhelm Müller, a dashing young German poet writing after the end of the Napoleonic Wars. Towards the end of his life, which was cut tragically short by a heart attack at the age of 32, he wrote and had published a collection of twenty-four poems entitled Winterreise (Winter Journey).

The poems tell the story of a young man. He starts in the bedroom of his sweetheart but talks of leaving: “I came here a stranger, As a stranger I depart.” Why? Wanderlust. The need for chance and change. The irritating failure to feel at home. “Love loves to wander – God made it that way – From one to the other, My dearest, good night!” Without waking his lover he whispers these words in her ear before softly closing the door behind him and leaving in the dead of night for whatever wild, wintry world awaits.

The following twenty-three poems are all about this man’s solitary journey through the cold, unforgiving landscape. He walks past a weathervane, a linden tree, a stream, a signpost and an inn. The inn is full so he has to continue walking. He hears a post horn and a crow. He feels his tears freezing and his hair greying.

Finally, he meets another human being: a hurdy-gurdy man. His fingers are frozen, his begging bowl is empty and no one is listening, but the musician plays a tune nonetheless. The final stanza reads, “Strange old man, Shall I go with you? Will you play your organ To my songs?”

Franz Schubert, a young composer living in Vienna and a contemporary of Müller, had already read a previous collection of the poet’s and set them to music: Die schöne Müllerin (The Fair Miller-Maid) was composed when Schubert was 26 years old. Also about a wanderer meditating on the nature of love and the love of nature, the moods of the songs vary from comic to tragic, joyful to mysterious, calm to thoroughly impassioned. The musical style was revolutionary, changing the direction of song forever.

Four years later, Schubert was slowly dying of syphilis. Through his pain, while waiting for his own winter to pass into spring, he somehow managed to compose Winterreise. The music is altogether more sombre in character yet hauntingly beautiful. Indeed, mezzo-soprano Elena Gerhardt said, “You have to be haunted by this cycle to be able to sing it.”

A year later, and while still editing Winterreise for publication, Schubert died. Yet nearly two-hundred years later his legacy and that of his last great work endures. It’s frequently performed and recorded all around the world. It’s a centrepiece in the history of music. And for singers, wanderers and lovers alike, it has a special place in our hearts.

To start your own winter journey, try Ian Bostridge’s 2004 recording on EMI Classics with piano accompaniment by Leif Ove Andsnes. Bostridge has also recently authored a book, Schubert’s Winter Journey: Anatomy of an Obsession, which delves into the song-cycle and his own personal reflections to give an insight into Schubert’s world and mind.