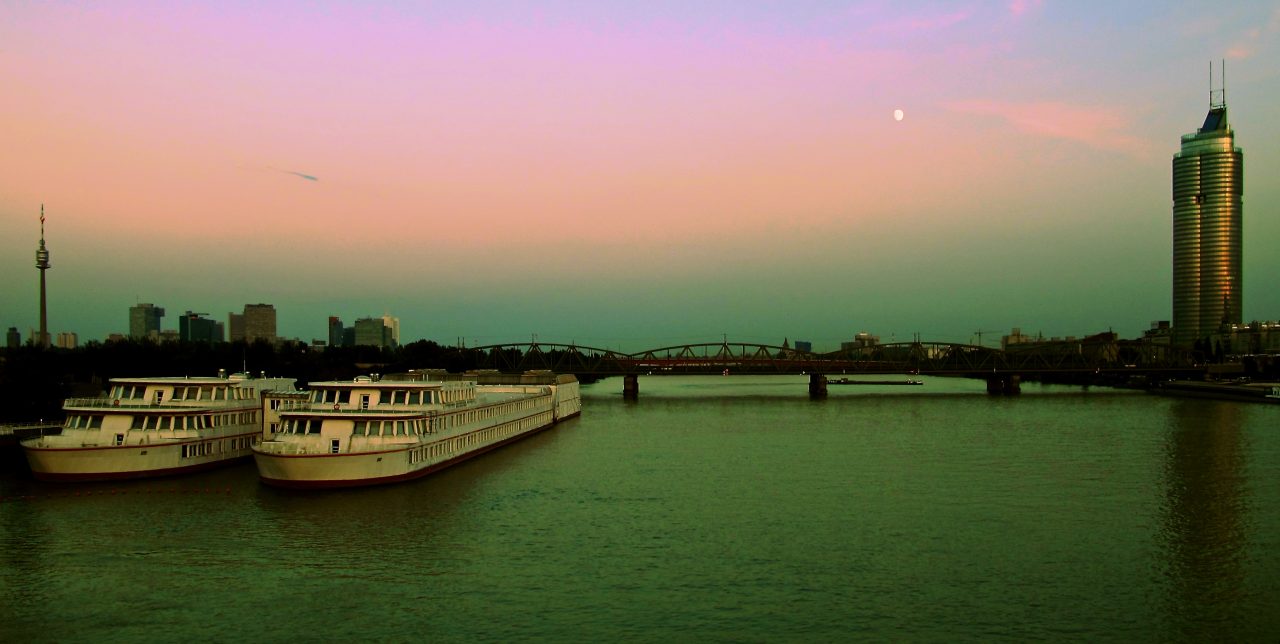 New Year’s Eve is a musical time. For some it’s a night for unrestrained camp and cheese at a house party, for others, big beat and DJs at the best club in town. I’ve even crossed the midnight mark with some merengue and salsa.

That’s New Year’s Eve. But what about New Year’s Day? While many stay in bed to sleep off the previous night’s festivities, others will be forgiving themselves for having missed that first post-resolution morning run, but will nonetheless be rolling out from under the covers, making a mug of delicious hot chocolate and plonking themselves in front of the radio or television in preparation for part two of the celebrations.

It’s called the Vienna New Year Concert. And, as the name suggests, is a concert that takes place in Vienna on New Year’s Day. But it’s much more than that. It’s a live, glittering spectacle of Old World gaiety and panache. It’s one of the world’s greatest orchestras, the Vienna Philharmonic, performing in one of the world’s greatest concert halls, the Musikverein, golden and royal red, filled with flowers gifted each year by the city of Sanremo. It’s where the audience is invited at the end to take the flowers home with them. And it’s the music! Two wonderful hours of waltzes and more, all written by Johann Strauss Sr. and his three children.

Part of the appeal is its exclusivity. Demand for tickets is so high that only a ballot system will do. Cost is also an issue, with the best seats in the house selling for £855. And that’s only the ones that are on sale. Many aren’t, but are reserved for certain members of the Austrian nobility and elite, who are allowed to attend each and every year before passing down their special seats in the Musikverein to their children. Fortunately for all of us, then, the whole thing is broadcast live around the world to over seventy countries and an estimated 50 million people.

But it wasn’t always the embracing cheeriness that it is today. The first performance took place only months after the start of the Second World War, when Vienna and the rest of Austria had been amalgamated into the Third Reich. It was a fundraising event for a Nazi party campaign. The concerts continued throughout the War, and while some interpreted them as an expression of Viennese individuality and defiance, for others they were merely Nazi propaganda. The conductor, Clemens Krauss, was given a two-year ban by the Allies following Liberation, but later returned to conduct every New Year concert until his death in 1954.

The orchestra itself isn’t without controversy either. A bastion of male conservatism, it wasn’t until 1997, following intense national and international pressure, that the Vienna Philharmonic accepted its first full-time female member, harpist Anna Lelkes. Older members of the orchestra worried that even this would be “gambling with the emotional unity that this organism currently has.” The proportion of female members today is a sorry six percent.

In every other respect, the traditions of the concert are well worth keeping. Take, for example, its practice of rolling conductors, which gives each year’s event an added element of intrigue. I remember watching an 85-year-old Georges Prêtre a few years ago conduct his way through some pieces with barely a beat from his baton. He could control the entire orchestra with just a smile and a wink. Given the complexity and changeability of the Straussian waltz, this was no mean feat. Compare this with 2012’s Franz Welser-Möst, a youngster by comparison whose energised renditions I found inspiring but are not to everyone’s taste, earning him in some circles the nickname ‘Franz Worst-than-Most’.

This year the conductor will be Zubin Mehta. Born in Bombay, it’ll be his fifth New Year Concert, a record unsurpassed by any other conductor.

Then there’s the ballet dancing, pre-filmed by the Vienna State Ballet and broadcast with the live music in the background. One is usually traditional with costumes to match, while the other is more daring and increasingly risqué. Two years ago it featured a man stuck headfirst in a hedge maze while his lady partner humped him from behind. Last year they wore Vivienne Westwood-designed Scottish attire, which ended with one dancer trying to peek up the kilt of her male counterpart. What will this year’s have in store?

Without a doubt the most important tradition of all are the encores. There are three of them, in fact, and this format hardly ever changes. The first is a fast polka, a different one each year. The second is The Blue Danube, a sweeping, swinging, lyrical waltz that oozes romance. It was made famous, if it wasn’t already, by its use in 2001: A Space Odyssey. Finally, there’s the rousing Radetzky March, a celebratory work with audience participation. In the mid-18th century, officers from the Austrian army were returning victorious from battle against the Italians. Johann Strauss Sr. composed this march and dedicated it to their Field Marshal Joseph Radetzsky von Radetz. The officers attended its premier and, in their good spirits, spontaneously clapped along to the beat – quiet claps in the quiet sections, loud claps in the loud sections. A century-and-a-half later, the New Year Concert audience do the same.

For me, New Year’s Eve, the partying, the dancing, the countdown from ten – that’s all part of saying goodbye to 2014. But there’ll be a moment, as in every year gone by, when the Vienna Philharmonic play the first note of The Blue Danube and the audience interrupt with applause, prompting the conductor to put down his baton, turn to face the full Musikverein and declare, in German, “The Vienna Philharmonic and I wish you a happy new year!” before turning back to his orchestra and striking up the first note of the waltz once again. And at that memorable moment, all will feel good in the world, and the year 2015 will begin.

The Vienna New Year Concert is broadcasted live on BBC Two and BBC Radio 3 on New Year’s Day at 11:15 a.m. Highlights are shown on BBC Four at 7 p.m.