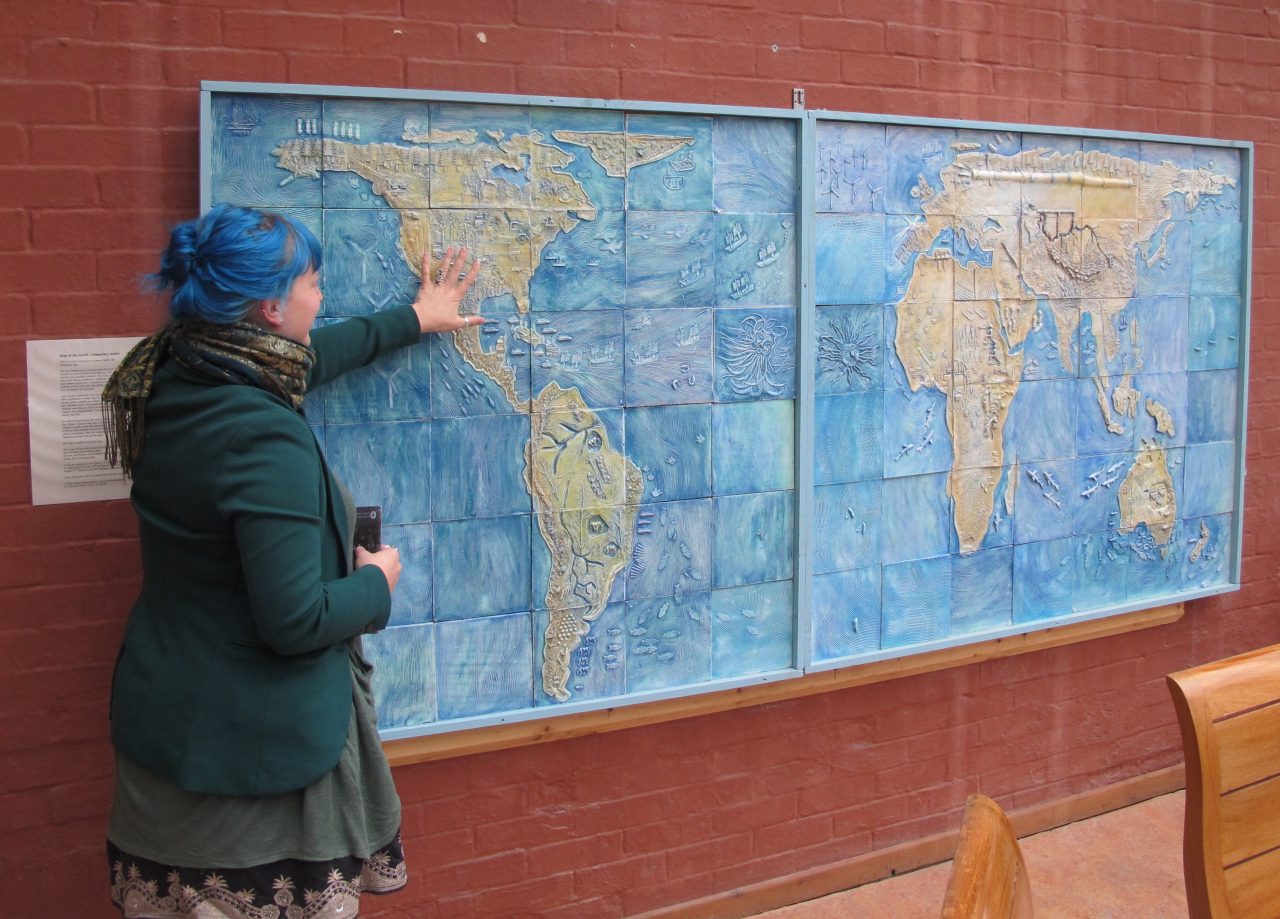 Current and recently-graduated composition students at Bangor University have been tasked with an unusual commission opportunity for the 2015 Bangor New Music Festival. Visiting the Centre of Alternative Technology (CAT) on Monday 10th November together with Dr. Guto Puw, a composition lecturer at the university and director of the Festival, the composers viewed, examined and played with a pingpong table to germinate ideas.

A pingpong table? Yes, you read that right.

This was no ordinary pingpong table, however. Created by Christine Mills and Carlos Pinnati, former Artists in Residence at CAT, the idea for the piece of installation art began at a disused quarry on the site of the Centre and with the institution’s 40-year-old archive, which feature photos and interviews from the hard but happy days of its conception.

Listening to recordings of their visionary views on environmental sustainability and renewable energy technologies, Mills and Pinnati thought to honour them through references in their art. The quarry made them ponder further on the consequences of our collective actions, on the fact that when we take what we want and need from the earth we rarely put something back.

These musings culminated in a mosaic map of the world. Moulded a tile at a time with the help of staff and students at CAT, it features no words but plenty of references to the environmental challenges of this century. A gas pipe runs through Russia, for example, choking out fumes and cars at one end, while at the other end of the continent giant solar panels are powered by the sun. Once moulded, a plaster copy was made, then fired, then a glaze applied before each tile was brought together to form the mosaic of a map.

But that’s not the end of it.

The assembled map was photographed in high resolution and the colours tweaked from a cheery sea-blue and cream to a foreboding dark green, similar to the traditional colour of a pingpong table. The image was then printed on very thin vinyl before being glued and laid onto an actual pingpong table.

The final artwork does indeed look great and is made even better by being fully interactive. Viewers are encouraged to play a game of table tennis on it while, Mill hopes, ruminating on its symbolism. To her, the installation expresses a number of important points: the need for cooperation rather than competition if the ball is to stay in play and we’re all to perpetuate our current quality of life with finite resources; the need to give as well as to receive if we’re to make a balanced society and a healthy environment; the metronomic, unceasing passage of time that’s made audible through the “Ka-Dak, Ka-Dak” as ball hits paddle then strikes table, reminding us that time is perhaps the least renewable resource we have.

Such are the playthings of Bangor composers now as they ponder their pieces in preparation for their premiers at the Bangor New Music Festival in March. The instruments available to them have yet to be decided but it’ll likely be for a combination of strings and woodwinds. What sort of approach will they take? Will they imitate the “Ka-Dak, Ka-Dak” rhythms? Will they perhaps quote musics from prominent places featured on the map? Will they, too, return to the archive and feature 40-year-old recordings as part of the piece? Or will the works be altogether abstract in idea and outcome, only loosely linked to the symbolisms of installation art?

Only time will tell.

One thing, however, is for sure. The pingpong table will be in Bangor itself during the New Music Festival and available for anyone to come and have a tap-about. So even if new music isn’t your thing, that’s at least one good reason to make the Festival a date for your diary.