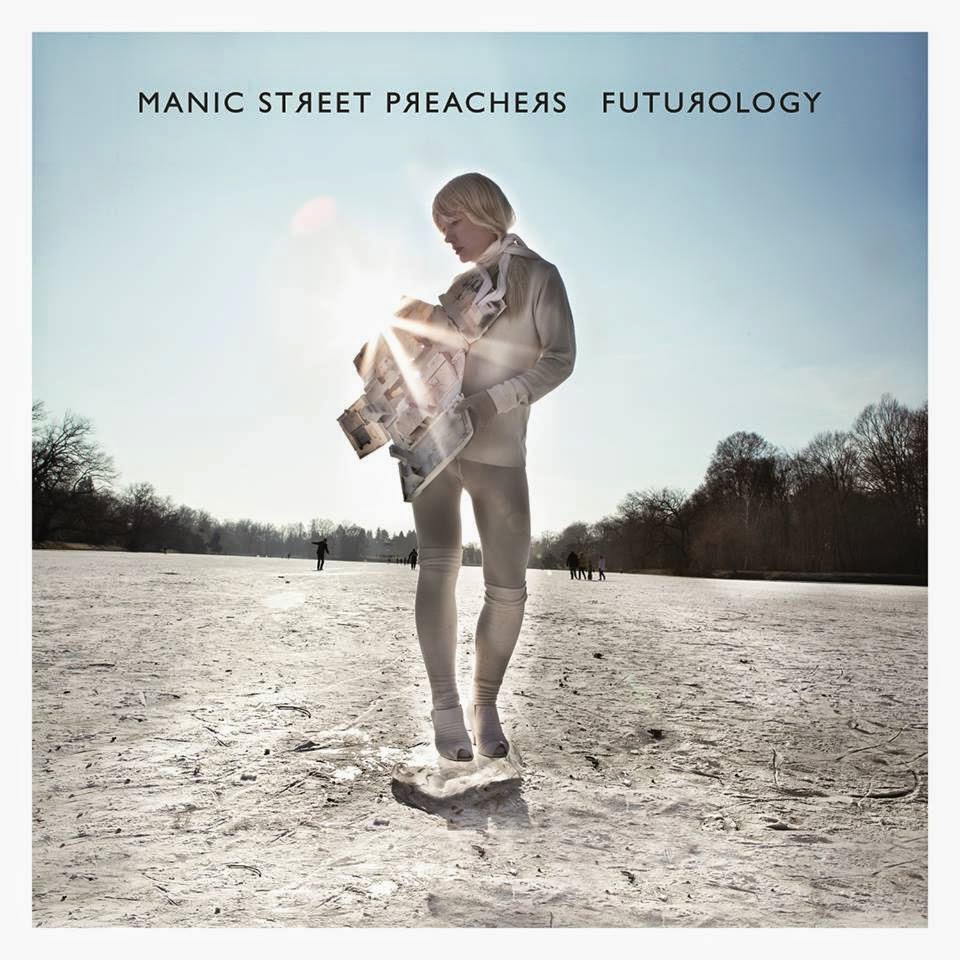 “One day we will return, no matter how much it hurts. And it hurts.”

Last year, Manic Street Preachers ended their “hiatus”, to look for a better word, with ‘Rewind the Film’; a stark contrast to the more rocky, grumpy and rebellious sounds associated with ‘Generation Terrorists’ and ‘The Holy Bible’. Their latest offering ‘Futurology’ is, to put it in their words, “Post, Punk, Disco, Rock”.

Recorded in Berlin, ‘Futurology’ features several avant-garde German references, including bands such as Kraftwerk. There is also certainly a Russian influence behind this album. For example, ‘Mayakovsky’ refers to the poet, actor and playwright Vladimir Mayakovsky and ‘Black Square’ refers to a piece by avant-garde painter Kazimir Malevich. Alongside these are influences from Simple Minds.

On the opening night of their UK Tour at the end of March, they debuted the title track ‘Futurology’ and ‘Europa Geht Durch Mich’. ‘Futurology’ seems to be foreseeing the “return” of rock and roll and something good, as there is a sense of positivity yet also determination to it; a sign of things to come on this album. ‘Europa Geht Durch Mich’, featuring German actress Nina Hoss, could almost be a Kraftwerk number, minus the industrial siren noises, pounding drums and guitar; therefore it is more like electronic rock from the late 70s to me. This track has gone down well live, as it did at Glastonbury. 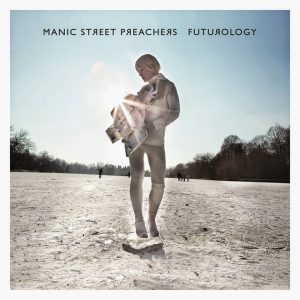 ‘Walk Me To The Bridge’ was leaked back in April and Nicky Wire says it is primarily about the Øresund Bridge connecting Sweden and Denmark and how bridges allow for out of body experiences, though at the time (seven years ago) he did say he contemplated leaving the band when they crossed it. The beginning sounds almost serious especially with the accompanying bass and beatbefore the intensity increases, reaching the pinnacle with an explosion of a chorus. Many have interpreted the aforementioned ‘fatal friend’ to be former band member Richey Edwards, though this is apparently just a coincidence.

Wire also described ‘Let’s Go To War’ as “a nice marching song”, yet with that amount of anger being conveyed this is the kind of song you would expect a younger band to perform, rather than three guys in their mid-40s. To be honest, it is the only angry song on the album. There are also two instrumental tracks – ‘Mayakovsky’ and ‘Dreaming A City (Hugheskova)’.

This album has been very well-received and, even though they are always experimenting, it is certainly a return for the Manics to their norm: “We’ll come back one day. We never really went away…”