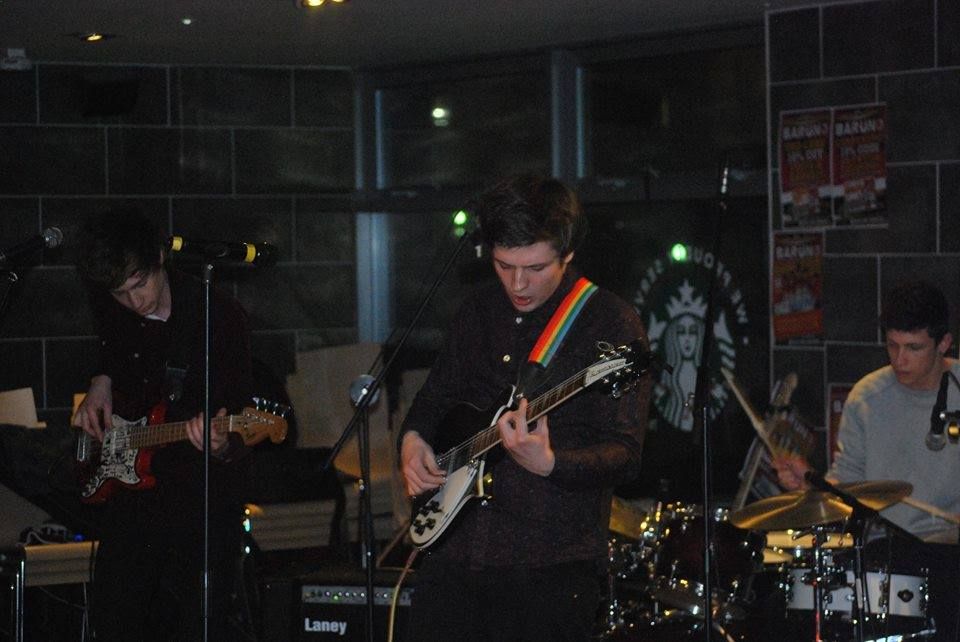 The evening began with second-year student, Adam Williams. Let’s say he was the ‘calm before the storm’. His solo performance with guitar as accompaniment was perfect. He has such a unique voice that overpowering instrumentation would have ruined it. His entire set left a sense of mellowness to the atmosphere in Bar Uno.

Next up was a slightly more upbeat band, What The Dickens?. Being veterans of the Band Night scene, they clearly had the audience’s attention. They appeared very confident, which for a band that have just recently released a debut album, ‘They Don’t See The Half of You’, is perfectly understandable.

Imagine what the child of Noel Gallagher and the lead singer of The Kooks would sound like and you have Memory Clinic. This was the third act of the night and were the personification of ‘indie’, buttoned up shirts and all. These third-year students clearly loved every second of their time on the stage. Talking to them after their performance, the band seemed really excited about their new EP – ‘I Seek Shelter’.  As the kids would say, ‘props to these guys’.

Last but not least was Atlas Will Atone. You just knew where this band was heading. The long swishy hair, only appropriate for some serious head banging, gave it away. This rock band performed what I would call “angry at your mum” music. The lead’s singing (and screaming) skills were amazing. They reminded me of a young, pre-chart Deaf Havana. Their extremely energetic set was very well rehearsed and was a great end to a good night of music.

What the night lacked in audience numbers, was more than compensated for by the music and atmosphere created by the performances of such a diverse and talented group of musicians.