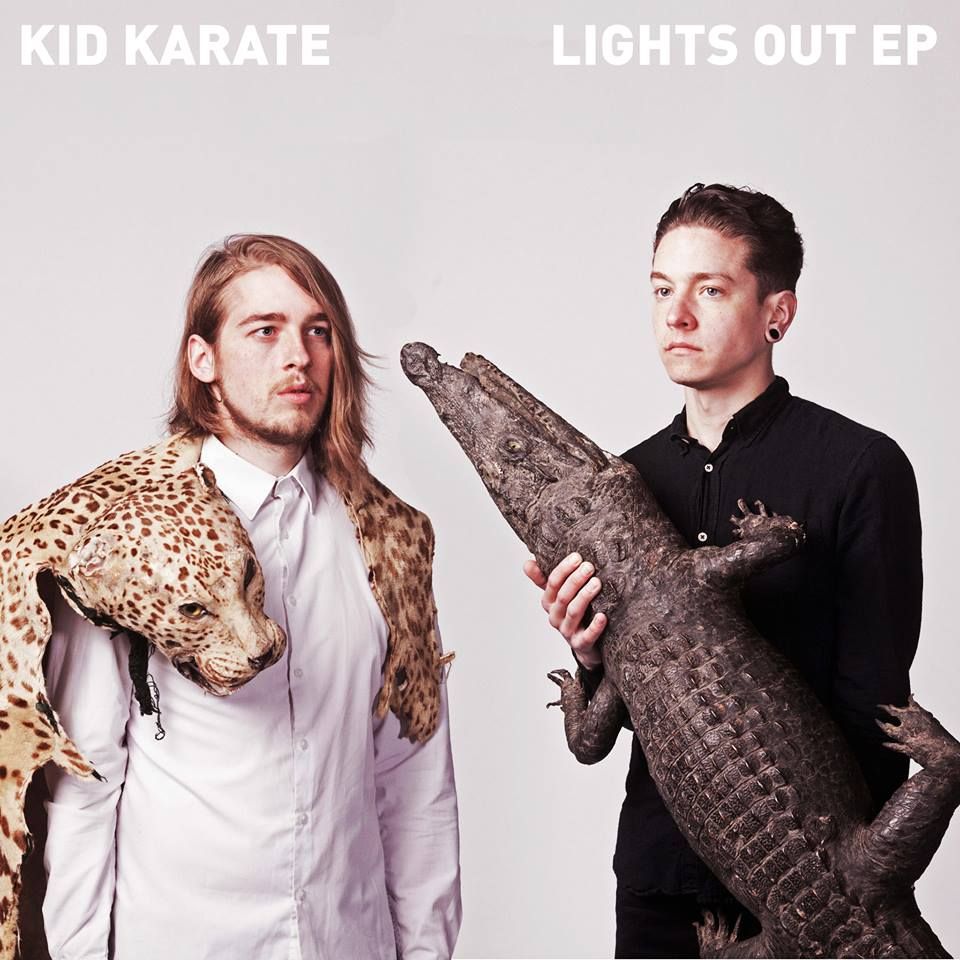 Forget the snake, 2013 is the year of the two man rock band. From Wet Nuns to Drenge, DZ Deathrays to Crushing Blows, Bleeding Knees Club to Bass Drum of Death, it’s a scene saturated with talent, primed to explode. Dublin’s ‘Kid Karate’ are the newest sons of anarchy to be born, but debut EP ‘Lights Out’ proves that age is just a number. Don’t take them too lightly.

Opener ‘Two Times’ is a tale of love-laced hate, with all the energy and vigour of early Black Rebel Motorcycle Club in a fist fight with Black Flag. Huge riffs and skull crushing drums shake the roof tiles; vocalist Kevin Breen screeches through breakups and breakdowns with spectacular passion. Every crunching ‘I ain’t coming back’ comes from deep within, painting a bloody portrait of a tortured soul, but hey, who needs love anyway?

Second track ‘Heart’ feels much softer around the edges, electronic bleeps providing a life-support machine backdrop, as the lyrics tackle the remorse felt by the heartless creatures and they wade through their path of destruction. Sporadic keys almost run the risk of adding some emotion, but don’t be fooled. Let your guard down for one second, you’ll be kicked in the face with white noise.

‘This City’, a total curveball, incorporates bass-laden funk worthy of an Allah-Lah’s B-side, and in the process probably becomes the weakest track on the EP. Sure, it’s still about death, but you’re making it too warm, guys. If something ain’t broken, don’t fix it. If I wanted funk, I’d buy funk.

The closing track ‘You Need Violence’ is more traditional punchy US style punk. It does its job but is far too short; the perfect analogy for an EP that with some tweaking could be golden, but for now runs risk of disappearing into the overflowing abyss of the current rock scene. One for the future, perhaps, but it still needs work.